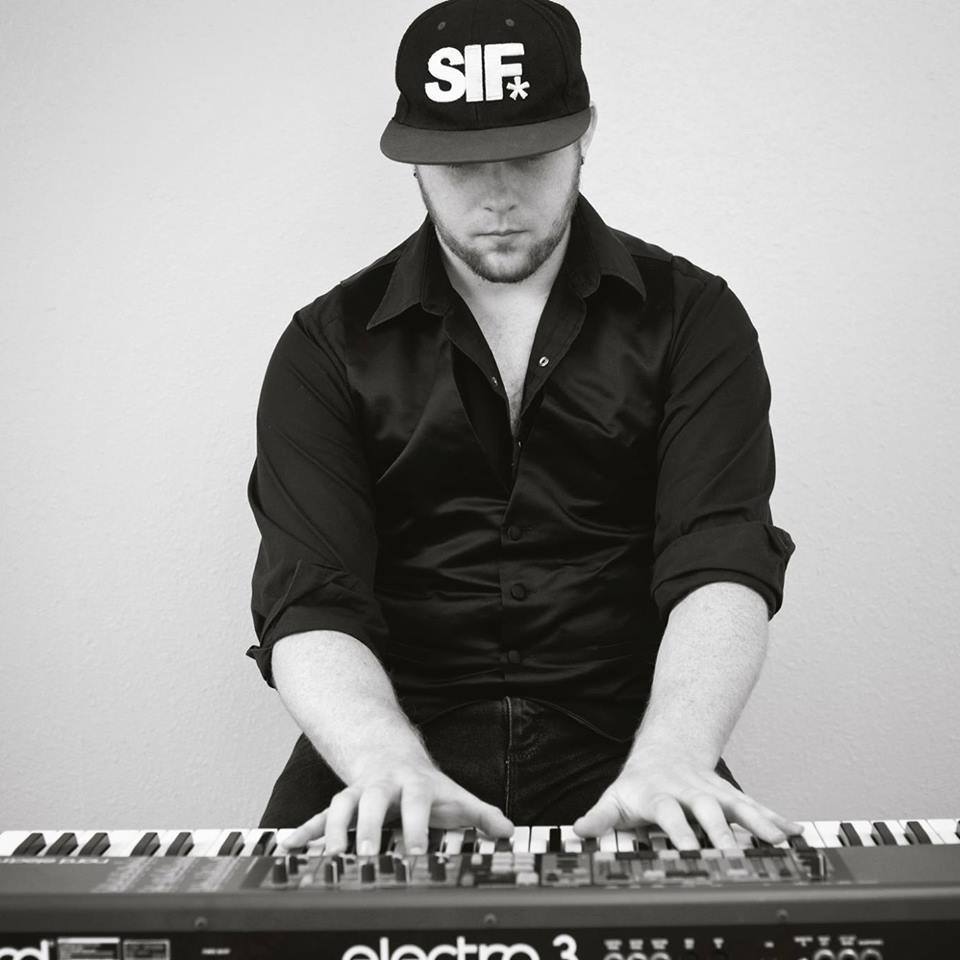 So…yeah…apparently, Mr. Jake Dexter is a man of a great-many talents…

At least, that’s the conclusion I drew to over the course of listening to the stunning three new singles I’ve gotten ahold of.  No joke – these three songs shine like diamonds in the rough of the independent music-scene and all three stand-out for entirely different reasons.  I found I not only appreciated the incredible songwriting, structure, production and assembly of what Jake Dexter can do – but each track also revealed an extraordinary versatility in this artist that speaks a lot to just how flexible he is with his sound, style & approach.  All of these songs possess something spectacular about them…I’ve gotta say – what Dexter is up to over there is very exciting to me and these two ears upon my head.

I began with a song called “Honestly” that featured the soaring, angelic & strong vocals of Cecelia Burton in the hook.  Right away after the opening intro/hook break-away, the low-end starts to pump menacingly with real force in its powerful tones, opening-up the opportunity for Dexter to jump into the mix and make an impact through passionate rap-verse.  He’s pretty much right in the thick of the mix…I think he breaks through enough to catch the words, but it’s surprisingly close for hip-hop or rap whereby the main-mic is usually right up in the mix, front & center.  I think Dexter keeping himself right in the middle like this makes the sound of “Honestly” absolutely ENORMOUS…so personally, I think the result speaks for itself – he’s played this one correctly all the way through.  Burton sounds fantastic in her parts throughout the hook and “Honestly” makes the impact that a first-experience truly hopes to yield in the best of scenarios.  Powerful emotionally, performed passionately, and expertly written…”Honestly” is a serious hit just waiting to happen.

But…okay…you see…here’s where it gets tough…because my heart of hearts WANTS to say that “Honestly” is a ‘better’ song when I compare it to “Who I Am” – that’s what I’m supposed to say I guess.  I’m supposed to point-out the sincerity and all that’s serious about “Honestly” and talk about how that’s always going to trump a song with some humor in it.  That’s how us journalists create drama in our work isn’t it?  Aren’t we supposed to create some sort of narrative that incites a war-within-an-album or set of singles and pit these songs against each other with whatever points suit the argument?  I could do that…or I could just be honest with you and say that “Who I Am” is completely as good as the first experience I had with “Honestly” – just for entirely different and incredible reasons.

First of all…dude had me grinning from the moment he compared the beat to something you might hear from the Rugrats kids-TV program.  Pretty sure I even laughed out loud…partially because he was right, but also partially at myself because I was already digging the vibe.  So sure…I guess I’m childlike at heart – I’m willing to go down this road with Jake Dexter leading the way.  The next thing about this track I loved, was that the lyricism is about as good as it possibly gets when narrating the tale of one’s own story.  Absolutely loved the way that Dexter tells his tale throughout “Who I Am” – not only is the rap-verse nailed perfectly in its flow, clarity and vibe – but the hook that’s sung out in the chorus is absolutely freakin’ fantastic.  It’s almost like he grabbed Jack Johnson for a moment and asked him to insert his shorts-n-sandals attitude into this insatiable-hook – it sounds 100% sincere and gorgeous in the melody.  Lyricism, as I’ve mentioned will definitely go on to impress throughout this cut…particularly the insightful verse that takes place just past three-minutes & thirty-seconds in.  While Dexter has written this entirely personal tale in ways that many can relate to – if you’re a musician out there in the independent music-scene and you’re NOT relating to the sentiment and words of this final verse – consider yourselves lucky.  I’d assume that most people out there making music today have definitely run into this relationship between the online-numbers and what we see coming out to the live-shows and how the math between them doesn’t often add-up.  The points that Dexter makes throughout this track are completely on-point…and as much as I love what he’s saying and want to hand the knowledge of the track itself top-honors here…I still can’t get away from just how powerful the hooks in this chorus are.  It’s a nice problem to have…”Who I Am” is brilliant from the moment it starts to the moment it ends and really gives your mind food for thought throughout its duration.

The synth, piano & drum beginning to the final track “Broken” really set the bar high-up for this third track.  You can hear the power in the emotion of the music’s melody-line instantly and just how well this song can work potentially if Jake nails it.  Nothing in the first two-songs indicates he’s going to blow this one – and he of course, continues the hot-streak with another inspired performance.  This time rapping at a blazing-speed and back into the thick of the mix…I’ve got notes here that says this track and the last one both actually have Daniel Gonzales featured as well.  I’m thinking he might be the voice we hear singing the chorus-hooks…but wherever it is he’s ended up, even if it’s just influence alone it’s helped carry these songs into fantastic spaces and atmosphere.  “Broken” is a truly thought-provoking and emotional composition…incredible drum-sounds echo from the lefts and rights as the piano-line forms a memorable melody that sticks directly to your heart.  Just as much in common with indie-music, electro and hip-hop in the multi-layered atmosphere of “Broken” – it’s a massively expressive tune that absolutely hits the mark dead-on for its relatable sincerity and vulnerability in the lyrics.  Great performance, great writing, great production…all perfectly wrapped into a memorable experience on this final track I’ve gotten my ears around here.

Definitely going to remember the name Jake Dexter.  Absolutely awesome music made with authentic sincerity, real passion and real heart, all in the spirit of making hip-hop music that’s truly vibrant, truly versatile and that makes you have that feeling that we’re truly alive, just by listening.  He’s creating real moments in time here…ones you’ll be sure to remember.

Find out more from the official homepage at:  http://www.jakedexter.com/