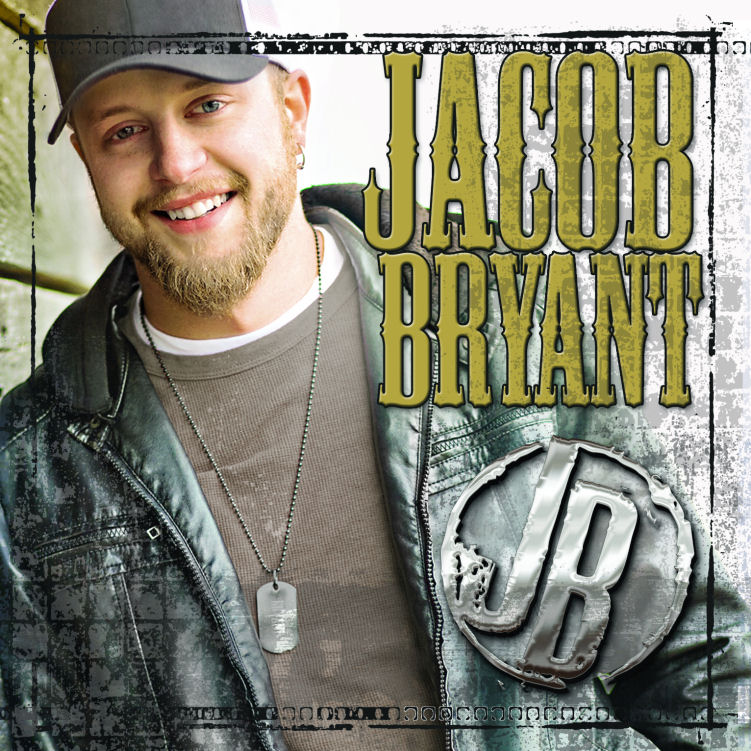 You ever have one of those moments where your toes hit the floor in the morning and you just KNOW you’re about to head down to your music studio to listen to something so far outside of your normal taste that those very feet attached to those toes become like cement blocks as you make your way to the controls to push play on a brand new day?

Ok…I know not everyone lives the life I do…and again, no matter what the music is that comes my way…I’m always happy to check it out; but would I be wrong in somewhat implying that this site has been under attack from the country-music genre in these past months? It feels like I am listening to quite a bit of it lately…mind you, one album would quite happily last me an entire lifetime in most cases…

In any event…without pushing play…unless Jacob Bryant has the worst agent in ROCK or he’s an R&B guy…then we’re about to head into country-music once again today. Some things are more obvious than we realize…or, the simplest answer is often the right one…OR – let’s just face it – ain’t no one rappin’ it up with the name Bryant, first or last. That my friends…is what you can officially take to the bank as a country-music name through and through.

Now…as a result of this musical-gluttony…I’m telling ya…I am READY to take a nice, fast-flying drunken-swing at that first country-music act or artist that brings forth something unacceptable. I am a nice guy…for the most part…way too sarcastic for many, but in general, reviews show a softer side of me that understands that, at the end of the day, someone out there put their hard-work and effort into the music that comes my way. I think that’s something that always needs a little respect.

Respect yes. Nice not necessarily. So when I find myself sitting here again thinking to myself…damn…this Jacob Bryant guy is KILLIN it…I mean, this is really GOOD country-music isn’t it country-folk? It leads me to believe that:

Respect yes. Nice not necessarily. Willing to admit that I don’t know enough about a particular genre or style of music…not so much…

You can absolutely hear that Jacob Bryant was born to do what he’s doing. Before ANYONE out there even gets remotely confused – I might be grumpin’ out about the overdose I’m experiencing with the country genre; but make no mistake – Jacob Bryant is certainly the real deal and his self-titled EP is a five song triumph for rock-country produced with immaculate care.

What I appreciated beyond ALL things…was that I didn’t find anything about this annoying. I mean, you gotta consider that for what that truly IS – I am NOT a country-music fan; and there’s not a single bad word I can think of that I’d associate with the true skill in performance and song-writing that Bryant has displayed on these five songs. As soon as “I’ve Been Gone” the opening track began, all I could do was really marvel at what an authentic and committed performance he was capable of giving. Bryant SOUNDS like country-music ALL OVER…yet again…I didn’t find that the typical country-music clichés dominated the tunes. Of course it’s still working-class-hero music…and of course there’s still heartbreak and drunken nights…

…it’s the WAY that Bryant is putting himself into these tracks with everything he’s got that takes it from typical to triumph.

“This Side Of Sober” is a perfect example. I don’t necessarily feel like there’s anything here lyrically that I haven’t heard from country-music before, but…..BUT….it’s literally the strength of conviction here in these captivatingly well-put-together performances and songs that is going to separate Jacob Bryant from the rest of what is going on in country-music for you. I love the way he sings this song, I love the melody and the way it all works so well together.

What’s more important probably to Bryant or to anyone out there that truly loves country-rock music…is that this EP is incredibly relevant out there in country-music today. This is literally the popular sound served up with a humble-grace; you’ve got the pop-rock sensibilities and instincts here of something similar to Blake Shelton, but without all the flare. Believe it or not…I don’t hate on Blake EITHER…I think there’s elements in both his and Bryant’s music that any rock fan can latch onto successfully. I just think at the end of the day, our man Blake has enjoyed the success of many years; at this point, he’s a somewhat untouchable star and his music has lost a little of the ability to resonate and relate with you like Bryant’s will here on this EP. “Good Man Goes To Hell,” the middle-tune on this set of five reveals the humble nature in Jacob’s song-writing, his ability to translate stories over the microphone through his crisp & stellar country-voice but with a real uncanny ability to make you feel the emotions he’s feeling when he writes these songs. They’re easily as big and grandiose as Blake’s tunes – but the approach he’s taking sounds close to you; not like it’s written to be performed on a stadium-stage, but intimate…for you.

So come in closer and have a listen. If you’re a bull-headed rock or rap fan, too bad, do it anyway. If you want to hear what country-music sounds like when it’s made purely from the love of the genre and what’s really on the inside, played with an undeniable passion – then come get some of Jacob Bryant. “All The Way,” is that track to pull you closer. This heartfelt and emotionally-charged tune reveals the real guy behind this EP…I’m a firm believer that of any track on this set of five, if you want to get to know the REAL Bryant…this is the place to do it. Lyrically and through the vocals, you can hear the true-sincerity coming from the microphone; he’s written songs for good times and bad – but on “All The Way,” you get to hear the genuine desire of a man that wants to better himself for all the right reasons. He means what he’s saying here – and you can hear that audibly in one of the most convincing performances on the Jacob Bryant EP.

I should make sure to mention though…just how good this music has been, and in particular how exceptional the guitar-work has been. Thankfully, the final track “Throw Down” gives a reviewer the opportunity to do just that. This song…I mean…again, if you’re a fan of MUSIC (that’s RIGHT – NO genres!) then you shouldn’t be able to help but to love this song through the incredible guitar tones alone. The solo that comes in right towards the end of this song helps this EP to finish in a spectacular display of musical-fireworks, leaving a real lasting-impact on those listening. As country as this EP has been – there’s also no denying that this is Bryant in his top-gear and that this song ROCKS.

WHAT….is going on here at SBS? Am I becoming a country-music fan through sheer osmosis here at the studio? I think Bryant deserves more credit than allowing myself to believe that the genre itself has simply worn me down and broken through; I still think an artist like this is RARE as all hell.

…and Jacob Bryant is shining mighty bright on this new EP, you can take my word for it.

Find out more about him from his official page: http://jacobbryantmusic.com/