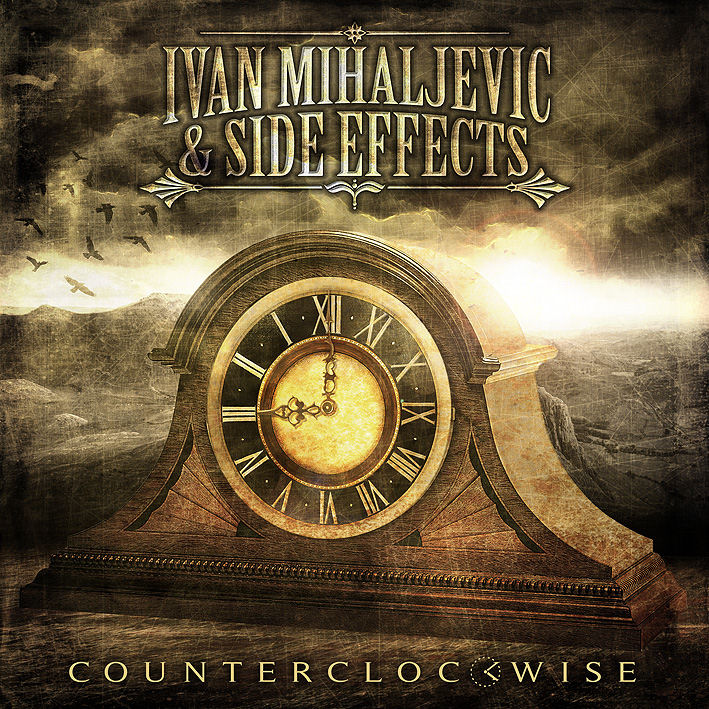 Ooooooooooooooh boy…..we’ve got a melting pot on our hands here!

I was only two songs in when I realized that Ivan Mihaljevic and his band Side Effects were going to attempt to cross the entire landscape of musical history in one album. Pushing play on any one of these tracks will certainly take you into a broad musical landscape each time, one that changes throughout; songs that play like stories are read.

This album Counterclockwise comes to us all the way from Croatia! Incredible! Not only do I thoroughly enjoy music from all over the world on a daily basis – it is beyond incredible to have some insight into what is happening and what the influences are in the independent scene around the globe. At the moment – this would be the first time for sleepingbagstudios to have reached Croatia (Unless you count the internet site Nohazik.com, who shamelessly STOLE all of the content on our show SBS Live This Week to use as their own – yes, including my FACE!) and if this is any indication of the quality and style of music there then I gotta say – they’re doing quite fine!

Now, I can’t call the style outdated or say that they’re behind the times – they’ve categorized themselves as “eclectic rock” in perhaps the most accurate self-description of a band in the history of music! Clearly they know where they’re at in making a sound and music that plays well within the lines of a style they know that you’ve heard before. However, in that line of reasoning you can also safely assume that they know who their audience is.

They play the strengths of the rock-meets-prog-rock genre: intense guitar solos, immaculate drum work and vocals that go for the extreme highs with harmonies to match. Ivan – the named member in the band’s title leads the way with guitar & vocals and really drives the direction of each song’s structure. There are elements of bands like Dream Theater, Soundgarden and Incubus in here to provide the overall “eclectic-ness” with a bit of a modern update. Listen to the track “Eclipse” and you’ll see what I mean; at times Ivan can sound like Cornell or Boyd against the varied musical landscapes that band-mates Marko (Bass) and Alen (Drums) continually create.

The songwriting is strong and the production is crystal clear. If anything, Ivan himself might be a little high-up in the mix overtop of the music but with the range he has on his vocals, it is bound to sound like that at times no matter how you mix it. I actually didn’t notice it until I had turned down the sound for a phone call interruption – and then I noticed with it down low that Ivan’s voice was nearly the only sound still breaking through. It can be hard to find that balance; sometimes an audio engineer can start the day WITH hair and come out bald just from tweaking the knobs in every direction trying to get the best. But the most important factor is that they never go so high up that the music gets LOST – and thankfully, though it might peek through a little more than the other musical elements, Ivan’s vocals never block the incredibly assembled music in behind him. These two Side Effects alongside Ivan are truly making complicated and very well arranged music; these are true compositions.

I should clarify for the written record – Ivan can sing. Big time. There’s no knock against any of the abilities these three members possess – they’re all clearly playing at the top of their game right now. The bass from Marko in their song “Build Your Destiny” fits as perfect as it does in all of their songs, but you get a wicked little solo patch in this one where you really get to hear him clearly on his own. Hearing Alen switch between styles within the song or from track to track, it seems like there’s nothing that can throw him off and he displays a constant ingenuity through his style.

I can only imagine what it would be like to be in a room playing music with these three heavy hitters. Throughout the album, songs like “Driving Force,” “Time Travel” and “I Am” continue to show the strengths of this band and their consistent approach to in-depth songwriting. As the album begins to end the consensus is an easy one; this is well played rock through and through.

Check out what they’re up to and support Ivan Mihaljevic & Side Effects at:
https://www.facebook.com/imandse