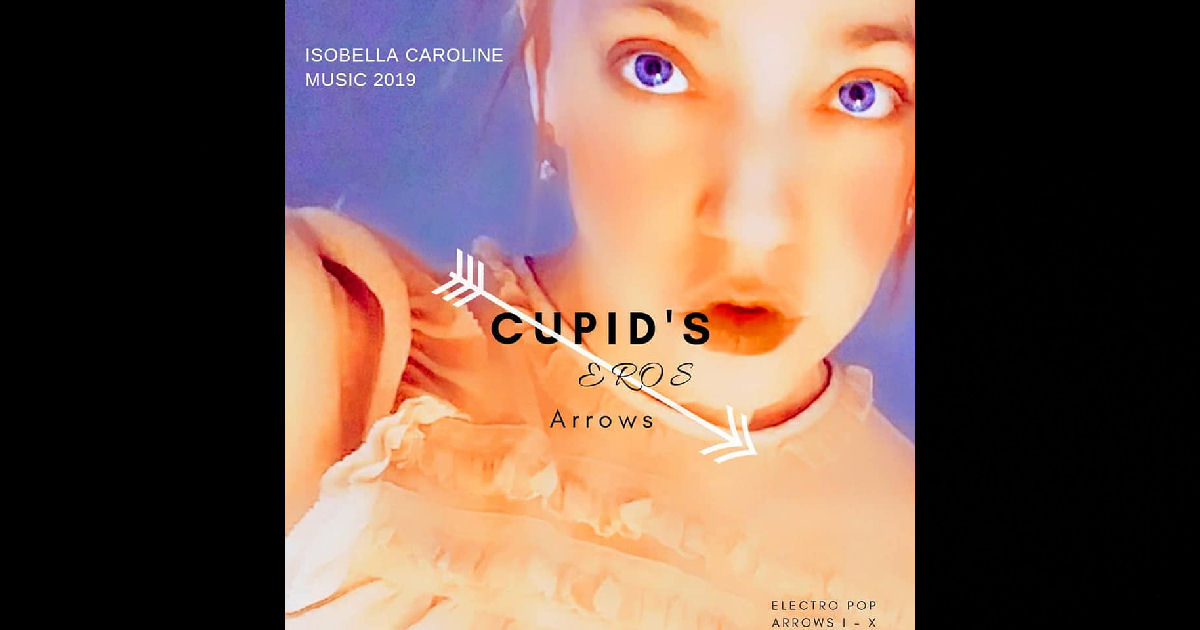 I’ll tell ya what my ears always appreciate – that’s an artist like Isobella Caroline, who has the courage & commitment to follow through on some seriously unique ideas to discover something new about music.  While it’s clear that it’s still early on in Isobella’s career overall, and there’s still plenty of room to evolve, refine, & grow from here – the blocks she’s already building with are impressively artistic & innovative.

Perhaps standing out more than anything else, is just how creatively bold she can truly be.  While the music of her single “Crestfallen” remains pretty professionally chill for the most part, the intensity of her vocals makes a serious difference on this first experience with Isobella’s style & sound.  She’s reaching out on an artistic level big-time here…I have no doubt that vocally, it’s gonna work for some and maybe not for others when it comes to this particular tune – that’s how wild the ideas she’s working with are & naturally, they’ll be polarizing as a result.  What I really like about this cut, and especially in the vocals, is just how much personality, character, and expression you can hear in Isobella…there’s so much here in her vocals & creative approach to using her voice as an instrument to drive the melody in “Crestfallen” that it really speaks to an understanding of music that many don’t have.  Even if it’s in the early stages here, you can hear the sheer potential for making music that’s outside of what we all normally experience with so many typical artists & bands…there’s something highly-unique at work here that I think will really develop into something even more undeniably special over time.  The electro-beat that drives the music works, I’ve got no issues there and I wouldn’t imagine anyone else will either – but when it comes to the identity being established in Isobella’s music, it’s coming right through the microphone.  I’m well aware of how a track like “Crestfallen” works…you’ll hear it for the first time, you’ll think maybe it’s a bit strange, a bit bizarre…then you’ll hear it again, and because you’re more familiar with the idea now, you go with it a bit more as a listener…and by that third time, you’re probably hooked for life.  There’s a lot of soul, charm, and fun in Isobella’s vocals on “Crestfallen” – she’s purposely seeking out a part that stands out for its artistic design, but she never shies away from that – she embraces the weirdness & wildness of the melody she sings with on “Crestfallen” and that confidence makes all the difference in the world to us as listeners.  I’ll go along with any idea, no matter how different, unique, strange, or whatever you might call it, as long as the artist or band behind it believes in what they’re creating.  You can hear that Isobella is committed and having a great time doing what she does…that the way she can use the unexpected to her advantage is as thrilling for her as it is for us.  I can totally appreciate that a track with such a defined sound & different idea like “Crestfallen” has is going to invoke a separate & individual reaction from anyone that listens, but in my heart of hearts, I can only hope that the people out there are seeking out something a lil’ different these days.

Where things really changed for me, was in listening to “Love Unfinished” – because…while it might still contain the occasional rough-edge or flaw to the melody…don’t forget that all diamonds have their flaws too, yet they still manage to sparkle, captivate, and shine – just like Isobella does on this song.  She’s a highly-expressive artist…whether that’s the vocals or music that you’re examining really…both contain a sincere, humble, honest, and real sound of a passionate person that’s looking for a way to connect to us.  This is the shortest song in the set…and I wanted a whole lot more of it after spinning these three songs I’ve got from Isobella for review this week…”Love Unfinished” is a really remarkable gem.  Isobella is lyrically poetic, heartfelt, and at all times, real…she’s working with such an innocent & beautiful sound on “Love Unfinished” that you really can’t help but find a way to love this song on one level or another.  For me, it was hearing the sincerity in the way she sings “I love you” – and also the stunning end she brings to this song with the background vocals floating so cleverly through the mix with the music.  So for me, it’s not just about what she’s singing or what she’s written, it’s also about how she’s assembled this song and structured it.  The focus here, is definitely on the poetic aspect – there’s melody to the words, but almost as a default by proxy of the expressive way Isobella sings this delicately sweet song; at times, it’ll come out staggered like a poem tends to be, but at others, sits right within the beauty of the music surrounding her as perfectly as you could ever hope to hear, revealing the real X-factor in Isobella.  The amount of sincerity & heart she pours into her vocals, words, and music on “Love Unfinished” proves beyond the shadow of a doubt that something special is starting here…it’s a beautiful song.

She’s certainly unafraid of effects, that much is clear too – and as she continues on as an artist, that chameleon-esque approach she takes to her vocals will definitely play to her advantage over time.  On this final track “Ten Steps,” it might be the spoken-word part around the ninety-second mark that really starts to steal the show…the piano melody & synth music that heightens in melody & presence surrounding her was equally brilliant.  The bombastic bursts of electro-synth sounds that come radiating through the mix past the second-minute mark…hmmm…I’ll say I appreciate the idea of adding something new to the mix – but if you listen to what Isobella’s doing subtly in the mix around the third minute, that’s probably much more suited to the song.  Just depends on what the intentions are…if she’s looking to make sure we’re all awake, that second-minute electro-pulse will make sure your heart’s pumping, believe me…it’s a seriously bold sound that’ll breakthrough at any volume…my recommendation here would probably be to bring that down just a touch or seven to not have it take too much away from the serenity & melody she’d achieved just prior with the piano, spoken-word, & gentle synth sounds…but again, just depends on what Isobella is looking to create.  Maybe she wants to jar you at that point in the song…maybe that moment says something instrumentally that words can’t – it’s hard to say 100%.  So I’ll say this…”Ten Steps” is probably the oddity of the set & most challenging for listeners out there…Isobella’s not shying away from diving deep into her creative & artistic side on this song, and as a result, she’s really created something here that most people don’t have the courage or creativity to even come up with in the first place…so on that level, you gotta respect that.  Mid-song, she finds her most accessible moments, but overall, this final tune of the set is probably going to be the one that confounds people the most as they try to figure out exactly what kind of artist Isobella Caroline really is, or is really going to be in the future.  Which at this point, no lie, is certainly tough to tell – but I’d say that’s an advantage to her career & catalog of music to come; she’s already proven to have zero limitations and the desire to try a wide variety of sounds, styles, and ideas – and when you look at it from that angle, the world is pretty much her oyster…she’s opened up the doors to her own creative freedom and Isobella’s insightfully artistic potential could literally take her anywhere from here.

Personally, I salute creativity like yours Isobella Caroline – I look forward to hearing what you’ll do with it over these years to come.