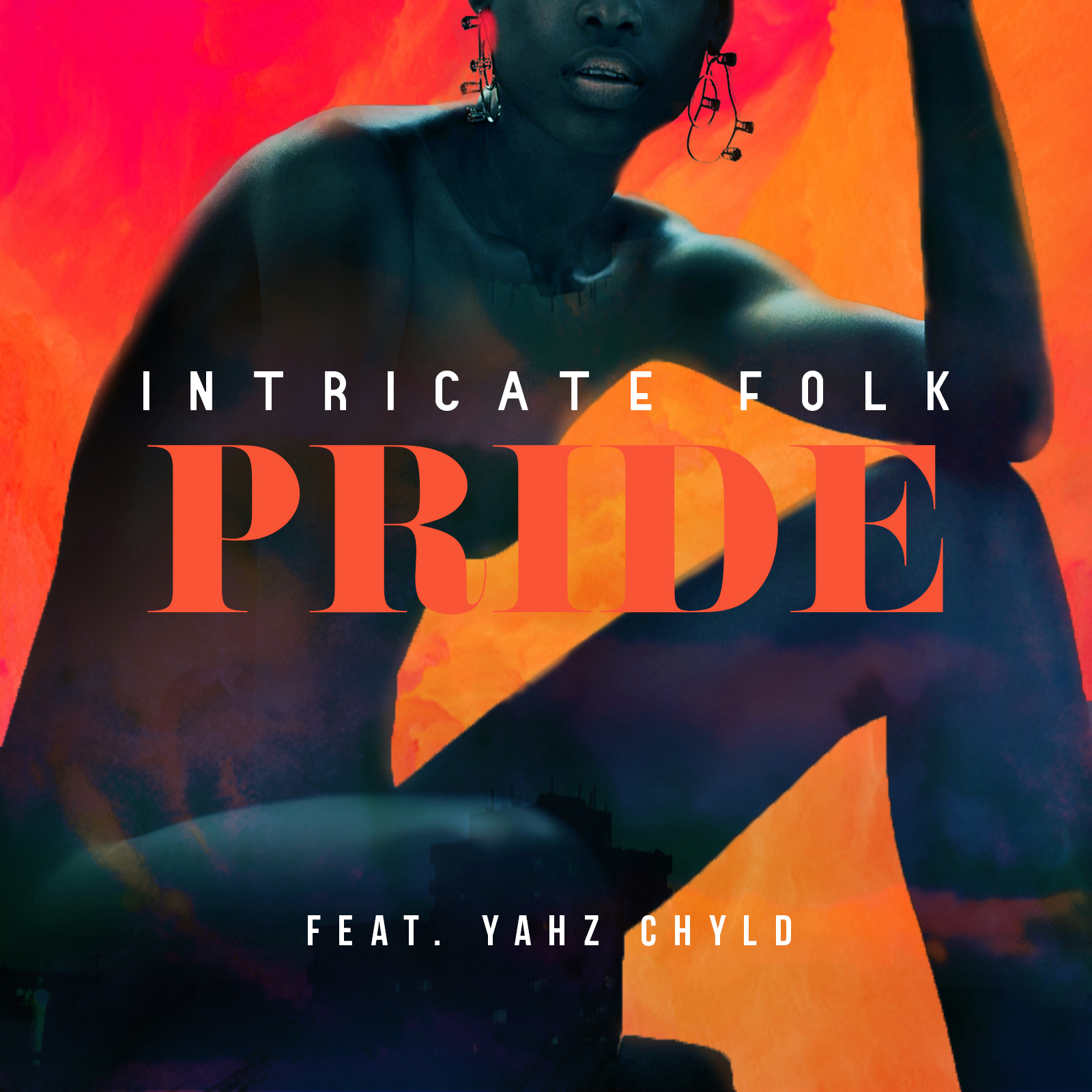 Excellent rhythm, groove and intentions on the latest single from Intricate Folk.  Featuring Yahz Chyld on the vocals – this band gets the beat flowing solidly from moment one on their collaborative effort on “Pride.”  You see?  I’ve been telling you it’s been a fantastic day here for music at the homepage.  From the start of it all in the early wee-hours of the morning with pop-sensation Justin Llamas, to the recent review we did earlier this afternoon on Jack Of None and their highly experimental sound – and now here with Intricate Folk and their golden gem of groove, “Pride.”

I’ll completely admit – with a name like Intricate Folk – I was definitely expecting something with about 1/10th of the energy I found on this fantastic new track.  Though its official release doesn’t happen until the first week of June on the 7th – we’ve been fortunate enough to get a full copy of the track before the rest of y’all…and after a whole bunch of spins through this track and testing out how loud I can get these speakers to raise up to in volume…I can safely say that this tune is going to get the recognition it so truly deserves.  I mean…it’ll come from throughout the rest of the internet, critics and fans as well…it’ll just be a little bit behind us here at sleepingbagstudios!  We’re part of a privileged few at the moment…and I mean that sincerely – this is a hell of a song!

Whether it’s the funk that grabs you through the music, or the vibrant vocals of Chyld that you latch onto – or both – this cut is certainly going to move you and your body in all the right ways.  Played right & tight with plenty of hook & rhythm, “Pride” is a great example of precision work paying off.  Again, for anything with a ‘folk’ label attached to it, you’d readily assume that you’ll be in for the typical acoustic-guitar and soft singing…but this is anything but that.  With a sweetened blend of brass, guitars, bass & drums – this brand of ‘folk’ ain’t really ‘folk’ at all – this is Intricate Folk.  Set aside any preconceived notions on what that might have sounded like to you in your brain before listening…because it’s about to groove and move you in much different ways than you’d ever expect it to.

If anything…I might be apt to compare it closer to something you might have found on Lenny Kravitz’s Are You Gonna Go My Way from back in the day.  Anyone familiar with that album knows it had an extraordinary blend of funk, soul & groove-rock that was light-years ahead of its time and still plenty relevant in today’s music even now.  Intricate Folk’s solid guitar-riffage & jam sound work perfectly with the beat and low-end bounce of the bass – the music is about as solid as you could ever hope to find.  You combine that with the intense approach and precision tones & melody from vocalist Yahz, and you’ve got yourself the winning recipe for what’s happening here on “Pride.”  The writing is as good as it gets and this track is absolutely a guarantee to find a spot on your playlists this summer.  Everything about it sparkles with enthusiasm and energy…seriously impressed with this band and this entire jam.

Yahz Chyld definitely deserves a lot of credit for bringing the words to life.  “Pride” deals with our humanity…how we all treat each other…relationships in general-terms, not only about love as so many songs are.  There’s a greater, more inspired purpose here in the music of Intricate Folk – and I can certainly appreciate that.  I think the catchiness of the hooks in combination with the intentions of the message are going to end up creating a monster-hit out of this cut…”Pride” has insane amounts of crossover appeal and could theoretically appeal to almost everyone on some level or other.  The music is completely fantastic, well produced and performed…and again, Chyld gives the entire song a serious amount of strength through his confident approach and perfection on the mic.  Definitely something I can’t seem to find enough volume to support properly…speakers and systems simply don’t turn up loud enough for a jam this good!

You can catch yourself a sneak-preview of “Pride (Feat. Yahz Chyld)” below at the end of this article to get the idea of the level of rhythm, the precision of tone and the fabulous mix on this shiny new tune.

And be sure to check out their official page for more information…there’s a running clock-counter even, just to make sure you’ll all be the first to know when this track drops officially out there in internetland online.  Definitely a fantastic first experience from my own perspective personally – I’d be completely interested in hearing where this band would head towards next.  Sounds like a lot of skill and talent here…and I’ve got no doubt they could take this music right to the very top.  At the very, very least…I can guarantee you one funkin’ good time – so be sure to check it out when it drops officially on June 7th.  For now, a sneak-preview for you all below…and make sure to hit-up the Intricate Folk official pages at: