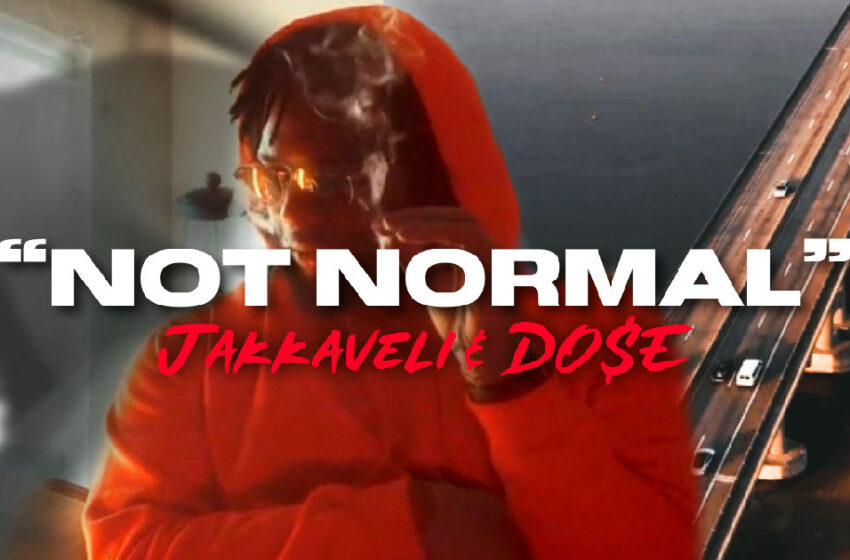 I mean…far be it from me to be the guy that notices the only cut out of seven on the new record called Sacrifices that doesn’t carry an explicit tag comes with one hell of a disclaimer on the video that comes with it…just sayin.’  That whole labeling thing we gotta do just to make sure we all don’t get sued by somebody out there I suppose…it’s crazy…the whole “Do Not Condone” thing…lol…like yeah, okay…sure thing hoss.

Anyhow.  I suppose that tells y’all something straight off the drop – International Do$e and Jakkaveli have released a single that’s bound to get a few eyebrows raised in response and a whole lotta people out there turning them up along with it.  Controversial, jarring, polarizing…these are all good words in my world, that tell us we’re in for something real – the fact that this collaborative effort on “Not Normal” will get the people out there talking is ALWAYS a good thing at the end of the day.  Tracks & videos like this are designed to provoke a response from ya…anything else would be a blatant sign of disrespect.

If you’ve got your ear to the ground, not only will you feel the rumble of the low-end work its magic on ya, but you’ll know what works on the world of Trap music & hear that International Do$e, Jakkaveli, and Khaos have got a whole rack full of cuts on Sacrifices that hits the mark fully on target.  If you wanna talk about gangsta yo, it’s pairing up with Maqbool Media to get this video done!  Not only does it look completely badass from start to finish, but you’ll see right there on the official instagram page that Maqbool exclusively offers three main things:  “Film Production, Cinematography, and Non-Refundable Deposits.”  Make sure to get your money right & don’t come at this crew unless you’re ready to handle your business like a man, you dig?  With Trap being completely all about vibes and hooks, you gotta give credit where credit is due and recognize that from top to bottom, start to finish, from sight to sound – this whole collaboration stayed focused on delivering from the speakers to the screens and achieved all the goals they could have had for a cut like this.  On the record itself, “Not Normal” is less than two-minutes in length…the cinematic video that comes with it will stretch the experience just over that two-minute threshold when you’re counting warning signs & credits & all that…but you get the idea – they’ve done it right, they’ve kept it tight, and as a result, it’d be impossible to argue there are any cracks in their armor here as a unit.  Jakkaveli clearly knows his way around the studio boards and how to get the most outta the music…and the main man on the m-i-c, Intenational Do$e, aka Do$e in many circumstances out there online, he delivers the rhythmic verbal payload of the vocal hooks, in between stellar shots of him smoking his…”props” onscreen in the video.  Inside of a two-minute long cut, they’ve made all the right choices here…the verse is solid & bulletproof, but in the time we’ve got, of course we wanna spend the majority of that rockin’ with the hooks, which this collaborative crew has no problem at all supplyin’ ya with.  If it looks slick, and it sounds slick – then you know what it is y’all – it IS slick.  International Do$e & Jakkaveli reach deep into their bag to haul out the goods for ya on “Not Normal” – bump this for yourself below!

Listen to Sacrifices featuring the single “Not Normal” by International Do$e, Jakkaveli, and Khaos at Spotify here:  https://open.spotify.com/album/0yeCzKbttcE6xPteDhuAl5