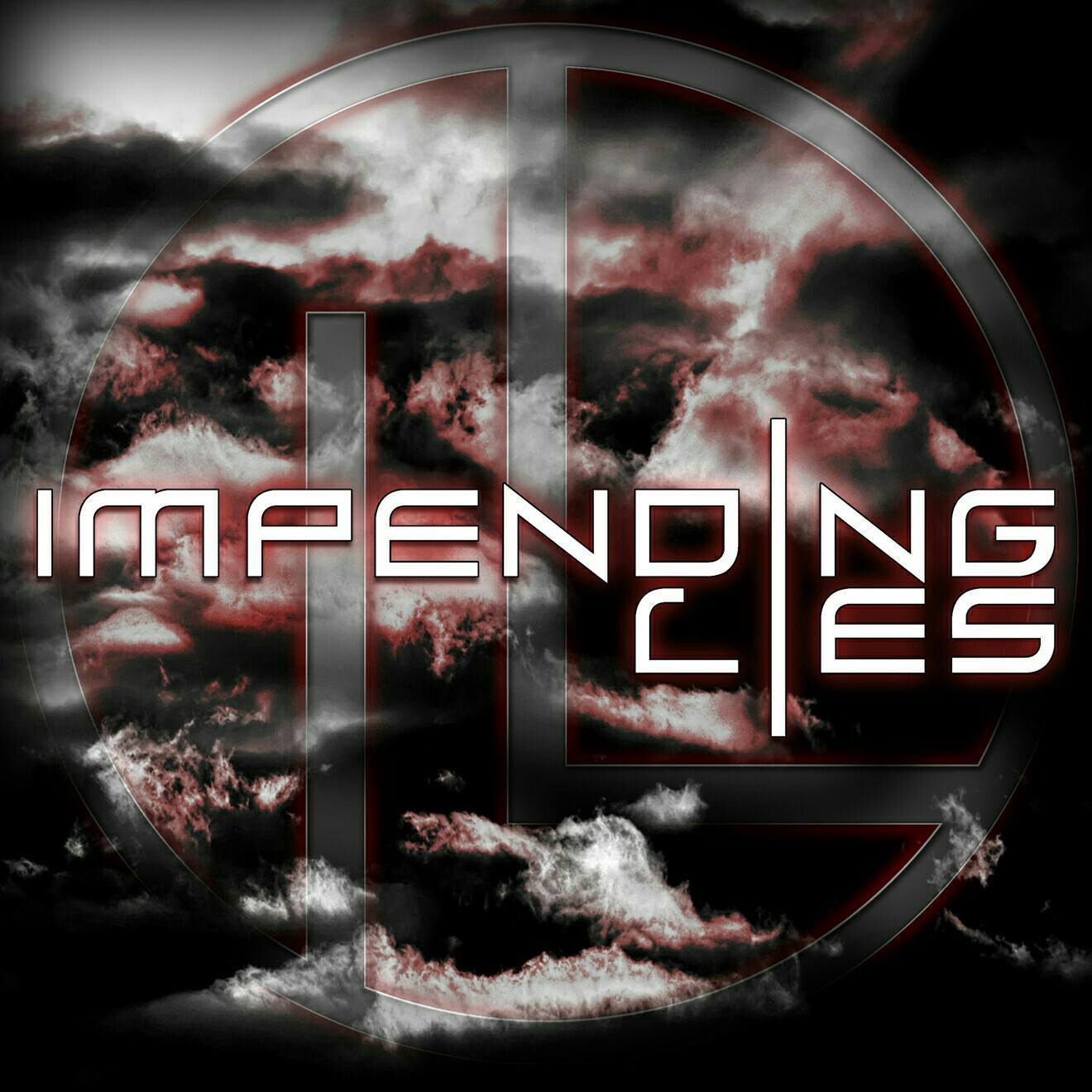 Can’t help but almost be slightly amused by the music-industry and its fickle nature when listening to this new EP from Impending Lies; back in my Jurassic-day, a band like this would have been snapped-up instantly by major labels all bearing the vicious fruit of the post-grunge era. Oddly enough…many of those suits’n’ties are still in charge out there somewhere…and I’d be lying to ya if I didn’t say I couldn’t smell the ‘machine’ hard at work in the background here for Impending Lies; this stunning production and impeccable hard-rock EP is full of a ton of the massive dynamics in the late 90’s/early-millenium sound and a few similar tricks working heavily in their favour on these new songs. There’s no doubt about the talent of this band – this is a completely assembled unit, with a real SLICK hard-rock, ready-to-roll out to the masses right NOW…to the point where I’m surprised to just hear about them recently.

To me…a lot of the EP sounded like an epic push/pull between standing firmly on the ground of new-ideas versus traditional convention on how to approach some of these heavy-rock songs. Left to their own innovation and ideas I think this band shows a tremendous amount of professionalism in their approach and real skill in their songs. Opening tune “Shine” is a perfect example…these guys plow and pound through this amped-up beginning; furious, crunchy-guitars and huge harmonies fill the air in a giant chorus and menacing verse. The two-minute mark of this EP’s beginning sent a TON of blood rushing down to my man-parts…aside from this song belonging somewhat to genres I’m not reaching for as often these days, this tune is honestly exciting & there is absolutely zero-doubt about the incredible skill-level and precision of this five-piece in this stunning original.

I’m not sure how MANY of the five of them just caught onto the last word ‘original’ in the preceding paragraph and braced themselves for this next part to come – but I’m willing to bet at least 2/5 might have. “Separate Ways” is going to be the hot-button issue for many my age or older, whether they do/don’t like this new rendition of the song made famous by Journey. Here’s what I’ll say: I think they’ve done the song an incredible amount of justice…and they’ve clearly brought their own big sounds to it…the guitars are way up, the vocals are as astonishingly powerful as Steve Perry himself, which is truly saying a lot – you singers out there know it. That being said…as much as they make an effort to make this song their own in sound, it sounds the least connected to the overall ideas presented in the other songs, and to the band. It becomes…dare I say it…much similar to the “Smooth Criminal” move made by Alien Ant Farm back in the day… Don’t get me wrong, they pull it off extremely well and really rip this song a new-one in a wickedly heavy way…I just get suspicious early and keep my eyes & ears open for potential gimmicks and pitfalls that an over-qualified band like this doesn’t need to fall into.

Cause if you’re going to ask me if I’d take their original to follow, “Let Go” or the opening tune “Shine” in the stead of “Separate Ways” there would be no contest – I’d be in favour of their original work every time 100%. Listen to the instrumental opening of “Let Go” and how this song just loses its mind as it kicks-in, becoming one of their most ferocious performances on the Believe EP. I think this particular track in the middle of the EP did a lot to confirm that although they have similarities to bands like Adema, Trapt, Papa Roach…from the sound of this epic-ending, it would seem to me that Impending Lies could easily stomp these bands into the dirt, even when they were all at their prime.

Not sure if the insane-screams come from lead vocalist Matt Hayes or from the backing vocals of Davo Billock or James Skritch…but I’ll say this – they’re fucking awesome. It’s rare that I find that style mixed-in as perfectly as it fits on “Just Stop” and even more rare to find it truly work as well it does with the melody-line in the lead vocals. Impending Lies writes BIG BIG songs…they’re ambitious, determined and hungry as all-hell; a song like “Just Stop” is all the proof you need. With soaring vocals, incredible drums and all the in-your-faceness a listening-face can handle, this song pushes the needle all the way to the right in a real confirmation on just how much the band we’re listening to is the real fuckin’ deal.

Digging the programming and additional elements added into the final/title-track “Believe” as the opening riffs break into the verse & vocals. Matt Hayes puts his best into the microphone here on this final cut with an absolutely standout performance; he’s been incredible all the way through, but this is as nailed as nailed can get. “Believe” reveals fully what a massively powerful singer Impending Lies has contributing to the explosive sound of the music…this guy audibly sounds like he’s potentially capable of anything with his voice, in any style. This was the HUGE ending this EP deserved; and with an assault of guitars, big bass-tones and pounding drums, they deliver their potential in-full and shred us all to pieces in this final cut. Everything about the music of Impending Lies has been completely impressive in just how tight, precise, professional and BIG it sounds…it’s as controlled as chaos can get.

Find out more from their official page at: https://www.facebook.com/ImpendingLies