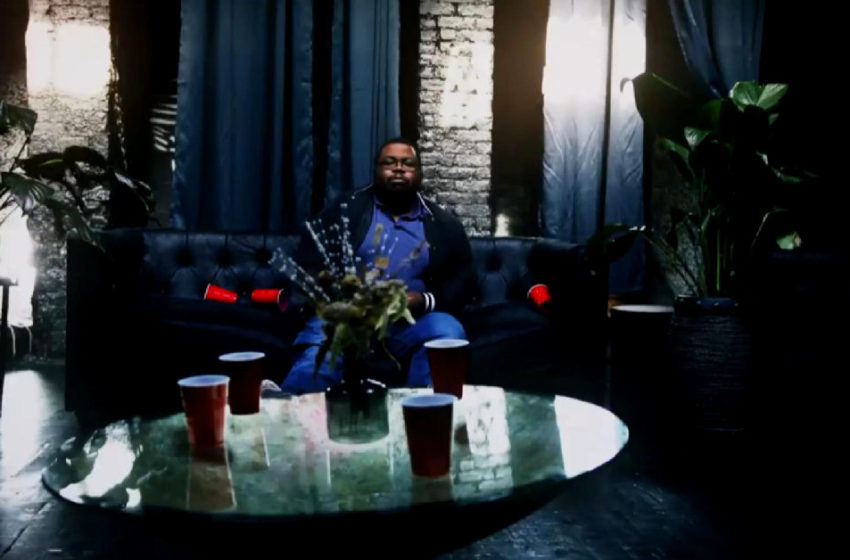 Well isn’t that slick!  If you’re listening closely and paying attention, you’ll notice that artist Ian Byarm has managed to slip in a sly reference to his last single “No ID” inside of the hooks in his new single “Ransom” – that’s playin’ it smart player, well done.

We last featured Ian up on our pages back in February this year when he released the video for “No ID” and was gettin’ his online hype on.  Solid tune…I know it’s not like it came out five years ago and I’m struggling to recall it & all, but for what it’s worth, it was a memorable tune.  And YES…part of the reason that is, is largely due to Byarm using repetition to his advantage…he drilled the hooks of “No ID” into my head permanently, and I’d imagine in time I’ll come to realize he’s done it to me once again with “Ransom.”  I got no issues with riding on a good hook…let it take ya as far as it can carry ya as far as I’m concerned…and I’m guessing based his approach in the songs we’ve heard so far, Ian feels the same.

Beyond the repetition and punching up those syllables to sharply fit the metering right on as Ian rolls through the flow of his latest single, you’ll find…quite honestly…more money lines than I could possibly pull quotes from.  For real!  I mean I’ve already highlighted one for ya…it was really smart to throw in a reference to his last cut “No ID” – it might be a small fraction of the song, and sure there’s a good chance that this moment might blow right past people on the first couple listens…but every time that line came up I cracked a genuine smile while I was listening.  Half of this business is the smarts to know how to go about promoting yourself and bringin’ in that crossover traffic…slipping in a line about his past anthem was the kind of move that proves Ian has his eye on the next-level and a plan on how to get there.  Obviously he probably can’t pull this move in every song he’ll ever put out, but here in what are still relatively the beginning stages of him breaking out & establishing his name in the scene, it’s a great move and one of the many subtle details you’ll hear him slip into this cut.  You’ll hear all kinds of pop-culture references like Linus’ blanket from the Charlie Brown cartoons, Rick & Morty, Kobe Bryant, Midas’ golden touch, Michael Jackson, and Assassin’s Creed…he’s got it all in the mix here for ya, among many other key lines, all written & delivered with the savagely wry style & swagger that Ian brings to the mic.

Like, case in-point…Ian is even smart enough to get a genuine laugh from a dick joke.  I’m serious.  I mean, you figure you’ve heard’em all…and sure, maybe in some way, shape, or form we have – BUT – the right delivery can make a great dick joke firmly stand up.  Because to me you see, it wasn’t so much about the initial line of “I would rap about my dick, but it’s long like thirty stories” – though I’ll admit, it already had me chuckling a bit.  No…it was all about the line right afterwards, which actually comes with the levity of the breakdown in the music alongside it for extra emphasis – where Ian simply reminds us all that, “You know this.”  I’m not gonna lie to ya, I give full props to the man for making that whole moment as straight-serious as it all comes out…Ian gives that line his complete confidence and stares us right down in the video when he says it to give just as much visual confirmation to the facts he’s spittin.’  Pure genius if you ask me.  I mean, I’m not gonna get out the ruler to measure his D and figure out if he’s miscalculated between twenty-nine and thirty stories when it comes to the length – I’m gonna take the man at his word when he drops a “You know this” right after gettin’ all serious about the size of his peen!  Thirty stories long it is!  It’s a brilliant set of lines back-to-back…and like I said, it’s the delivery that makes it great – Ian’s got a really good grip on timing and how to use it right when it comes to including all that he does inside of the imagery & details he uses throughout his bars & verses.

T’aint all dick jokes at all though – don’t get my words twisted up, Ian’s got lots to say as I’ve already told ya.  He makes “Ransom” really work with the way everything flows and the personality he puts across the microphone – and you can tell it’s all real because you’ll see how naturally it all plays out onscreen in the video he’s got supporting his latest single.  Solid sets, great shots by 5thAveNative, and scenes filled with empty red cups everywhere – you know Ian throws down when it’s time to get his party on…and clearly the man can entertain.

It felt like “Ransom” was already a big step up from the last single, both in audio and video really.  Ian Byarm’s on the way up and obviously determined to not let this whole pandemic lockdown stop him from gettin’ his music out there and keeping the momentum rolling in the right direction.  Good on him, he shouldn’t.

Find out more about Ian Byarm from the official pages below!