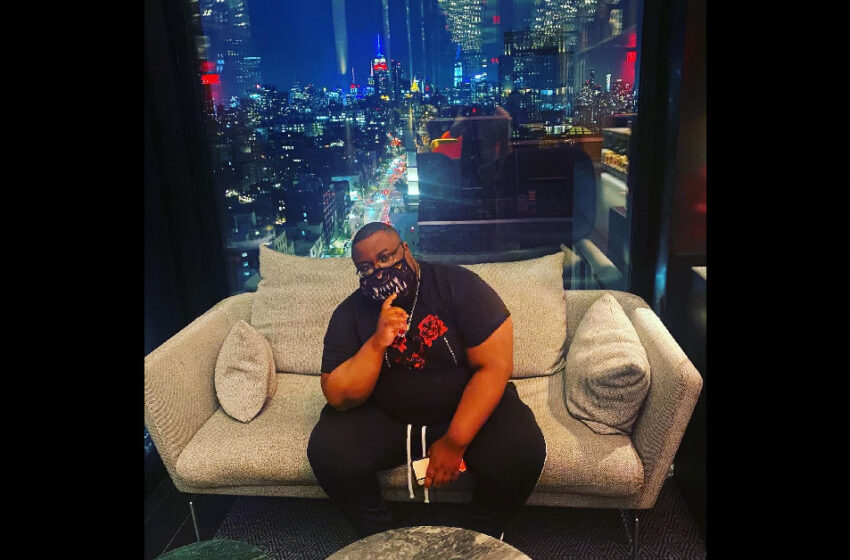 Ayyyyyyyyyyy yo!  Milestone achieved…level unlocked…vibe mechanic Ian Byarm has just hit his tenth official single posted up online in just around a year…and don’t go forgetting to include the two EPs (Stargaze/Lost Souls) he’s released as well during that same very time-frame – he’s been puttin’ in the work!  Safe to say the last 365 has been a whirlwind of momentum for Ian as he’s continued to drop his music online and establish his name firmly in today’s scene – in fact, you probably recall him yourself from these pages of ours from past postings of his singles “No ID” and “Ransom” right here at SBS in the first-half of this year in 2020.  He’s been makin’ solid moves with his career – and in the new video for “City Lights” he’ll show ya he’s got plenty of moves of his own as well as he cuts it up onscreen in front of ya – Ian Byarm is putting out music & entertainment at a savagely rapid pace, but it’s all quality y’all.

For what it’s worth, even though I’ve only gotten to know the man’s music through a few of his singles myself at this point, the cohesion between the sound of each has really proven that Ian’s verifiably got a signature style of his own.  As I’ve said many times on these pages – no matter what you might think about any band or artist out there in the world, a truly signature sound is a huge achievement in a music career.  It’s a feat so impressive & difficult to achieve, that it often eludes most, sending them straight into the sea of sameness never to return, from the very start of a career, right through to the end.  What I’m tellin’ ya, is that I already feel like if someone put on a whole playlist of random cuts for me to listen to without knowing the names of everything on it, I could pick Byarm’s music out without question – and that should tell both him, and all of us, that there’s something well worth paying attention to here.  Considering the short time that Ian’s been on the scene and how much of the future is still in front of him, credit where credit is due – he’s locked into his vision for his sound & executes with true precision.

He’s about the mood & the moment – and songs like “City Lights” certainly speak volumes on behalf of his ability to find inspiration in the world surrounding him, from its shiny surface, all the way straight to the underground.  Sure a lot about this single is about chasin’ ladies & pouring drinks – but make no mistake, when you combine the cut with the video as well, you can genuinely see for yourself just how much Ian appreciates the night life, livin’ it up, & all that comes with it.  I know enough about Ian’s music at this point to know that if he’s droppin’ a video/single combo, that we’re in for something special – and I’m once again, massively impressed with the overall look & sound of how this all came out for him on his latest “City Lights.”  Don’t get me wrong – it’s not at all easy to pull off what you’ll see in the video – but understand the roots of the ingredients are ones we truly all share; he’s taken what could have been ordinary, and through the use of incredible effects, brilliantly quick chops & edits, and straight-up clever ways to shoot each scene, it all visually becomes extraordinary and stands out in relentlessly eye-catching ways.  It’s about quick movements and smart choices…you factor in the main-star of the show’s natural ability to connect to us and a whole bunch of flashy effects that fully add to the vibe of “City Lights” and its mix of hazy sound & faded memories…all of a sudden you realize just how much care, time, effort, & attention to detail is really being put in here.  Ian’s just outside dancing on the street & doing his thang…no lie, that’s pretty much all there is to it – but what makes this video great is that this is all it needs, and you’ll never find it lacking for entertainment whatsoever.  Everything is shiny, everything moves swiftly…the colorization & effects are exceptional, and ultimately, there’s no doubt that “City Lights” has absolutely all it needs to keep you locked in watching & listening.  More importantly…Ian’s played this correct once again by simply finding the right visuals to suit the vibe – and as he shifts between full color, black & white, and old-movie style effects that complement every moment of this single…you kinda gotta hand it to the man for nailing it once again.  With his combination of stylistic vocals, lines that’ll make you feel where he’s comin’ from personally or even on a societal-level, and the laidback atmosphere designed to be chilled-out to & absorbed from the screen to the speakers, Ian Byarm keeps the sound of this new single flowin’ with faded & hazy club vibes, and the pure confidence of an artist that knows he keeps it locked down tight, ready to execute & bring his A-game whenever those studio & “City Lights” come on.

Find out more about Ian Byarm at the official pages below!