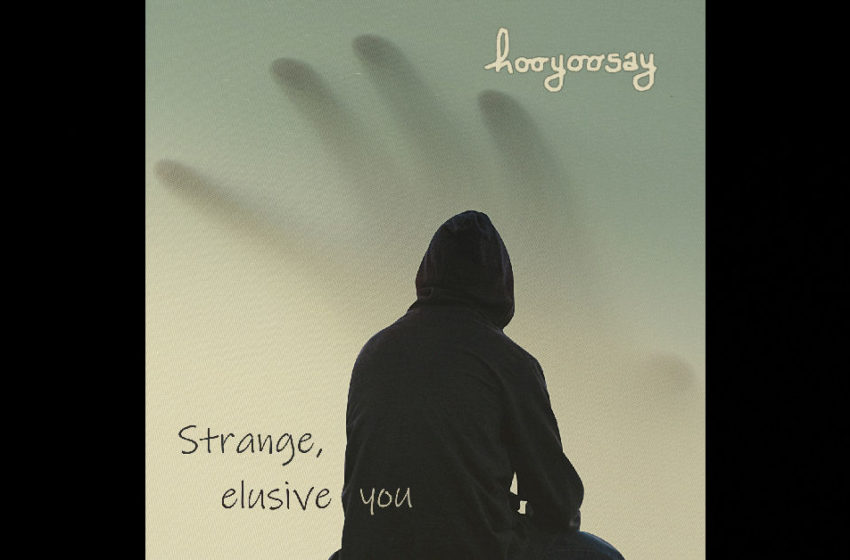 There’s no doubt that Hooyoosay has found its niche in music…it’s downright rare to experience tunes with as much enthusiasm & positivity as you’ll find in what this project creates.  You’ll remember the quirky way Hooyoosay approaches music one way or another.  Believe me folks, I speak the truth; you know I listen to music all day, every day, and I can still fully hear the sound of the single “Palm Tree In My Garden” in my head, even after all this time & having reviewed it back in 2016.  That was my first experience with Hooyoosay’s free-spirited sound…and while it might have been somewhat strange to me, it was easy to recognize the appeal it could have to a huge potential audience of music-lovers seeking out a sound that celebrates uniqueness and takes them out of the current state of things.

As in, Hooyoosay isn’t here to get political…it’s not a project that’s mired in the murk or dwelling on the dark side of life whatsoever – in fact, whatever the polar-opposite of all that may be, this is definitely that.  So if you don’t have a smile on your face at the moment…brace yourselves…’cause it’s coming.

The new EP Strange, Elusive You begins with what’s likely to be the most sunshine you hear in a song all year in the ultra-bright vibes of “Happy, Ever So Happy.”  Being born into the Grunge-era like I was makes me naturally juxtaposed to a sound as positively-based as this is…but I have to admit, the sheer boldness of how Hooyoosay has brought such happiness to the surface in such a clear & unapologetic way is really impressive.  I’ve said a million times here at the pages I’m sure, that writing ‘happy’ anything tends to be so much tougher for artists/bands out there…because it’s a feeling you have to authentically tap into in a way that can also convince the people listening it’s truly genuine…and that ain’t easy.  It’s songs like “Happy, Ever So Happy” that prove it can be done.  You simply can’t question authenticity when you hear commitment like this…because that clearly comes from a very real place.  Full respect to Hooyoosay for creating a cut like “Happy, Ever So Happy” – it goes against the grain in about a million different ways from what people expect to find in the music they hear, yet completely explores a relatable feeling we all share at the same time; it might not be typical by any stretch of the imagination…but isn’t that the point of creating art & music to begin with?  The effervescent, rampant, and radiant good-time vibes of this EP’s opening track sound completely unforced, natural, and organic – like I said, you can’t question authenticity when you know for a certain fact that the music you’re listening to is being felt 100% by the people that make it, and that’s exactly the case here.  Hooyoosay is right into the vibe and rocking sweet synth sounds, piano, bass, drums – and more, for all it has to offer.  Do you need a sweet tooth to survive listening to “Happy, Ever So Happy?”  No.  You need sweet TEETH.  Hooyoosay fills your head with syrupy sugar and enthusiastic energy in neon abundance throughout the pepped-up personality put on display at the beginning of this EP…it’s sweeter than cotton candy I tell ya.

For myself personally, the vibes of “All I Do Is Call Your Name” were much more suited to my own personal taste.  Solid rhythm & groove bouncing with the beat, great melody & harmonies in the lead & background vocals, and arguably, a more artistic, progressive, and inventive structure than you’d expect to find in anything Pop-based.  To this point in listening to Hooyoosay, my only experience had been with the signature ultra-positive approach of “Palm Tree In My Garden,” and “Happy, Ever So Happy” – so to hear a more widespread range of emotion, thoughts, and feelings roaming through “All I Do Is Call Your Name” was quite refreshing & also reassuring that there were more tricks up this project’s sleeves.  For what it’s worth, I think contrast can also appeal to an even larger audience.  While there’s no doubt that the sunny-side-up sound of a track like “Happy, Ever So Happy” probably does more to set Hooyoosay apart from anything else that’s happening out there in music right now, I’d be surprised if the majority of people out there didn’t find a stronger connection to “All I Do Is Call Your Name.”  I mean, c’mon…you’d practically have to be made of stone to resist how catchy this cut is, don’t you think?  Love the energy in the drums, love the piano, the atmospheric keyboard elements subtly supporting it all, and the vocals from the lead to the background continue to sparkle & shine with confidence and spot-on tone.  Pretty hard to complain about a track like this when its clearly got everything it needs to entertain & retain ya…definitely a cut I’d be looking at as the main single.

That being said, the title-track “Strange, Elusive You” will reveal some of this EP’s strongest hooks and overall allure, which is always a great thing when it comes to the centerpiece of a record.  Whereas a song like “All I Do Is Call Your Name” is perhaps much more straight-ahead by design and “Strange, Elusive You” chooses to blur the line between art & music more decisively and purposely, there’s still no doubt that when it comes to the chorus of this EP’s title-cut that there’s more than enough appeal to get people listening.  While there’s no doubt that’s it’s always more of a challenge to balance out a track with a more artistic design like the one you’ll find on “Strange, Elusive You,” I’m always going to argue on behalf of artists/bands that choose to ambitiously strive for more in their music through unique combinations like this.  Poetic in the spoken word verses, and beautifully sung in the angelic harmonies that float throughout the chorus, “Strange, Elusive You” is another anti-typical tune for sure, but another revealing song that shows that the well of creativity you’ll find in Hooyoosay isn’t likely to ever run dry on ya.  Think of the lineup of songs so far…each experience has been different, and successfully different at that, from track to track…and while that can often lead to a record that struggles to find its identity, it’s the diversity and passion in this project that creates an undeniable cohesiveness on this EP.  So personally, I’m all for it – I think “Strange, Elusive You” ends up being one of the most compelling cuts on this record, and it confirms that Hooyoosay isn’t here to simply retread over tired terrain so much as this project would much rather go on to blaze its own trail and settle into its own unique place in music.

While there’s no doubt that the level of energy, inspired spark, and happiness-factor increases massively once again on “When You Get Huguette” to just below the high-mark set by the sunshiny sound of the opening track “Happy, Ever So Happy” – I felt like this second-to-last cut on the EP connected a lot more overall.  Ultimately, I think the musicianship on Strange, Elusive You has proven to be competent and catchy in every situation & song we’ve heard to this point on the record, but somehow, “When You Get Huguette” seems to bring everything up one more notch in a strong bid for your affection & attention.  And as impressive as the instrumentation and combined elements of this song may stack up to be in the music, when it comes to “When You Get Huguette,” I felt like this was where the vocals and lyricism still managed to steal the show.  Hooyoosay is a somewhat private project when it comes to the sum of its parts and the people that make the music…but of course, you can hear clearly that there’s more than one person involved when it comes to a track as well-rounded and balanced as “When You Get Huguette.”  The way the two main vocalists complement each other’s sound & energy on this cut is sheer perfection…and the bottom line here really, is that each player involved deserves a high-five and a fist-bump of approval for the efforts being put in on this song, and throughout the entire EP all-around.  Pass or fail, love it, like it, or lump it – you can’t deny the sound of musicians putting everything they got into everything they do…the commitment to these songs on Strange, Elusive You, is fully impeccable.  The vocal-melodies on “When You Get Huguette” are both stunning & remarkably accessible…this is definitely another track I’d be taking a strong look at as a single to entice people in if I was Hooyoosay.

“Olla Doo” is a freakin’ fantastic ending to the new record, and an unexpected twist in the plot that sends this EP into an instrumental finale that completely satisfies & concludes the experience perfectly.  From the brilliant harmonica, to the bounce of the bass & beat alongside the piano at the forefront of the melody, Hooyoosay really seems to let loose here and takes a moment to let us appreciate the fact that there’s a lot of excellent musicianship that can’t be ignored within this project as well.  Full proof that Hooyoosay doesn’t even need a single word to entertain you, “Olla Doo” diversifies the set-list by adding in an instrumental at the end of the EP and creates a strong ending that’s noticeably different.  While there’s clearly more of a jam-style feel to the overall vibe of “Olla Doo,” it’s also laid down with all the confidence, skill, and professionalism that Hooyoosay has brought to each & every song on this EP.  When you hear how spot-on the vocals have continually come out throughout the first four songs on Strange, Elusive You…it kinda makes you admire this project even more for having the courage to drop one of the main points of appeal at the end and reveal how much of an impact Hooyoosay can make on a purely instrumental level.  By the end of “Olla Doo,” you realize that what’s being brought to the music is every bit as powerful and enticing as what’s been happening on the mic all along…it makes for a final statement that resonates.  Impressively unique stuff on the Strange, Elusive You EP…like I’ve been saying, Hooyoosay has its own thing goin’ on…ultimately, there’s a ton of ears that’ll appreciate that.

Find out more about Hooyoosay at the official website here:  https://hooyoosay.com