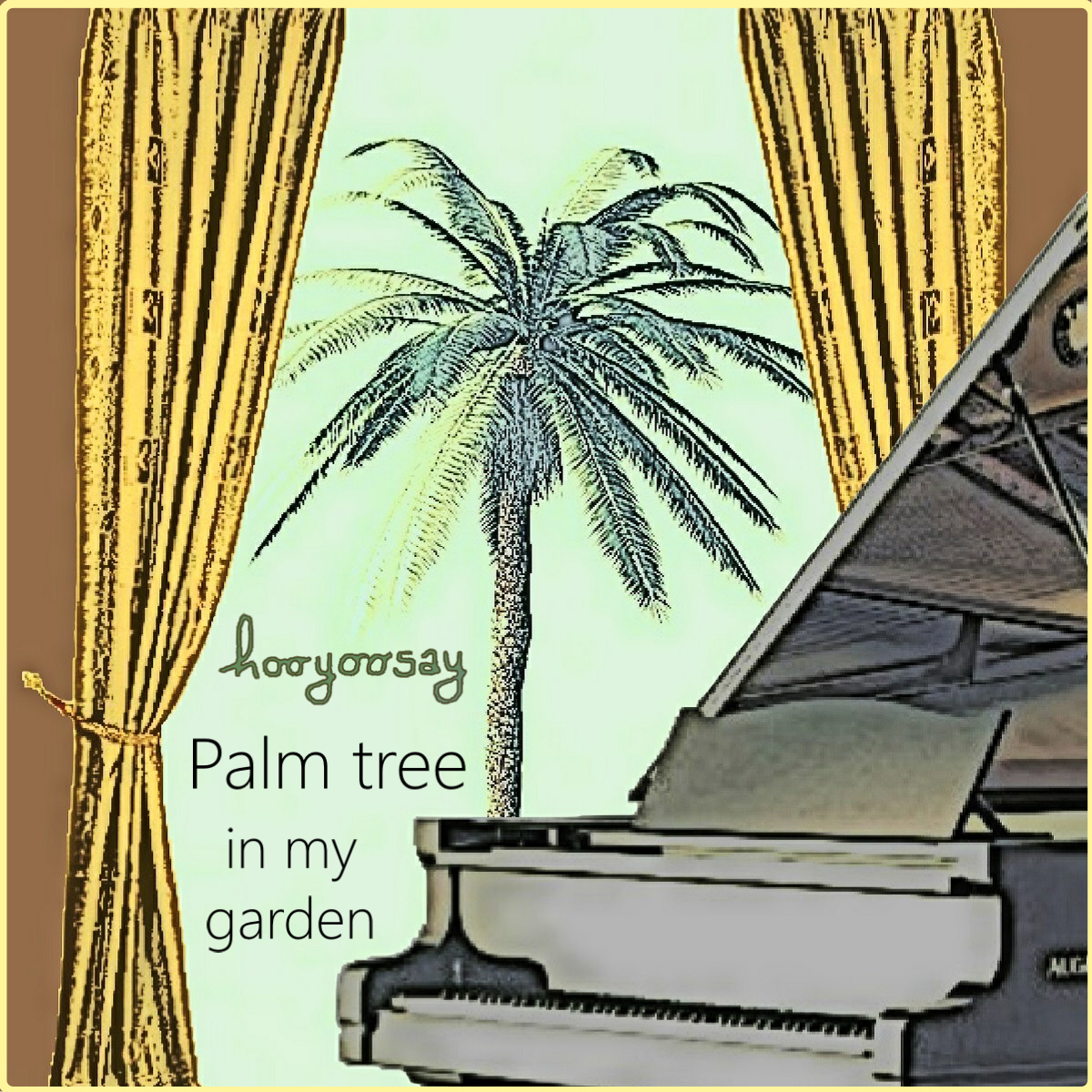 Okay…this time someone is really setting me up right?  Is this real?  Am I being Punk’d?

Hooyoosay…at least I figured at first, was writing about my own Aunt somehow!  Don’t get me wrong…I know how hard she’s worked in her life to get everything she’s got…but I’ve also seen the extreme disconnect that the overall mass of materials & wealth has had on her personality over time.  She lives somewhere just outside of beautiful & sunny San Diego…and she actually had a frickin’ palm-tree transferred from wherever it was growing, straight into her garden for whatever the insane cost of it all was.  She has a grand-piano in her ‘posh and fancy home’…and plenty of that ‘good money’ in the ol’ bank…and aside from name-checking her directly, it seemed as if Hooyoosay was describing her entire life of the past decade or more on their latest single “Palm Tree In My Garden.”

So you see where I’m coming from?  Hooyoosay sings about ALL of this stuff!  This track hit mighty close to home.  Not my home of course – her kickass home.  But as this new-single played, and the social commentary begins to creep into it – you start to realize just how insightful “Palm Tree In My Garden” really is.  I’d be the last to say that this is really a style/sound that I really connect deeply to when it comes right down to the music-side of it all…but I also can’t argue that it’s anything other than well-played.  Flawless really…just because it’s not my particular style doesn’t mean I can’t hear and acknowledge it for what it is…Hooyoosay has done a great job on this new single.

But I would be lying to you if I didn’t say it was the brilliance of the social commentary that wins me over…and soon enough, here I am, bobbing my head along to the island-rhythm & beat they’ve created here to support these words.  I wouldn’t have thought the words would have led me to thoroughly enjoying this one to tell you the truth, but well…here we are.  “Palm Tree In My Garden” speaks to me and broke those barriers right down.  It’s still bordering right on the edge of being a little cheesy…but it’s still strong enough; well-played & well-sung with great backup harmonies calling, answering & echoing the lyrics – I can’t deny that “Palm Tree In My Garden” is a strong song in the areas of pop’s lighter-side.

And I love that, for the most part, I’d expect that this song is going to catch people off-guard at first.  My initial-thoughts as that first listen began were ‘what a strange thing to choose to write about’ – but in the end, as it plays throughout its sarcastic-crack at the rich & all-too-wealthy out there, it all makes perfect sense.  Good imagery in the words…and really, the music is kind of a lot like the more playful moments you’d expect from someone like Ben Folds…so I suppose in a way, it’s only a short distance away from something I’d normally listen to myself.

“Palm Tree In My Garden” and its sharply clever insight however…is the real key to it all.  Once the chorus kicks in, you realize the effect & weight of where it was all heading…and how having a great amount of material wealth can still lead a person to one massive, extraordinarily lonely life.  It’s astute and poignant in its observations…and again, I can tell you from firsthand experience of witnessing the effect this has had on what was once my closest and possibly even favorite family member – everything Hooyoosay is saying & expressing here through “Palm Tree In My Garden” is not just impressive – it’s absolutely, 100% true.  Well done.

Find out more about Hooyoosay at their official page:  http://hooyoosay.com/