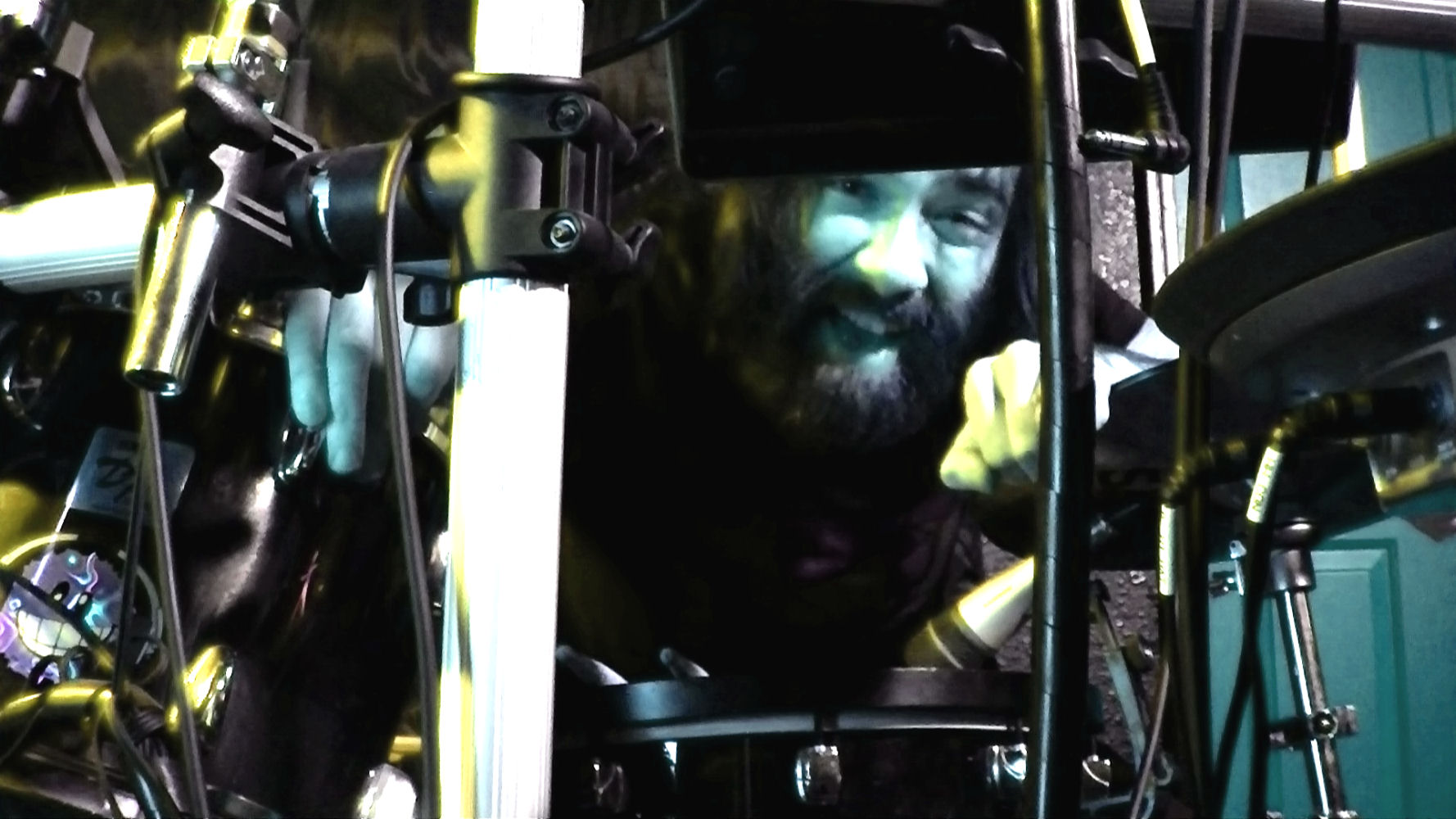 As I’ve mentioned to the online contacts from bands and artists that have come through SBS in the past – it’s pretty easy to see from online postings whether the content owners are busy or in some form of flux as the postings all tend to die down or stop altogether. We all create in waves – our most brilliant pieces almost always coming in the forms of massive tidals….

At sleepingbagstudios – we’re no exception. Despite my kicking and screaming and staying awake for days at a time – I suppose I have to admit that it had caught up with me in this past two weeks. I feel like I’ve been asleep the past two weeks or so – missing out on that connection with all of YOU with SBS Live This Week on hold. Admittedly even I was a little frustrated as of late with some breakdowns in the two way process between SBS and artists that we know and love. Many of the shows we put out are heavily promoted by both ourselves and the band or artists themselves. Sometimes it ends up only being part one – the band sees the success and stops creating awareness for their part two (Or they might not have liked part one, which is fair) and we’ve seen these episodes “tank” in comparison with their previous results. As the intention is ALWAYS to create awareness for these artists, I must admit that sometimes this leaves me scratching my head a little….

When you compare these shows sometimes with the results that our international guests achieve through printed OR video interviews through SBS – it can also make me wonder sometimes. Bands like Treehouse! and artists like Philip Foxley or our latest with Irishman Andy Ruck have shown us that the printed word is still highly sought out. Some of these results are so visible – so obvious as to WHY they are achieved – promotion, promotion, promotion. It’s absolutely 100% appreciated from us here at SBS – we’ve mentioned many times it’s a two way street and I’ll always believe that. The harder we all work TOGETHER – the more results we’ll see….always. In turn, the more awareness for YOUR MUSIC – the ultimate goal….always.

OK – enough whining from me! That’s a little of the behind the scenes bitching – something we tend not to do too often. In our quest to remain honest with our readers and viewership – it’s important for you to know that we are and always will be music fans…and I guess human after all….

So – some POSITIVES. What has been going RIGHT lately? Lots, despite the silence…here’s some of the highlights:

– We’ve been cutting footage for a special episode for good friends of The Pit who just got married. Andy and Jolynn held their reception with The Pit as the musical act. Talk about a kick-ass wedding right? Congratulations again to the happy couple – know that we are continually working on making you something truly special to remember this day by. Can’t wait!

– As far as The Pit goes – we’ve also completed our first recording session and last night Rob @ SBS sat down with Trevor and Tyler to really get their heads around the mixing and mastering plans for both “The Machine” and “Closer (You Never Go Full Babyface!).” From the sounds of things and talking with Tyler earlier today – the boys couldn’t be happier with how things are turning out and the communication level that runs deep between these two entities working together.

– Video interviews have SPIKED! Incredible response to this program! The work that Cinged had put into their video interview way back when this first started continues to inspire artists from all over the globe to participate in these crazy new interviews. We currently have projects in Ireland (We The People, Andy Ruck), Britain (Perception The Author), Bulgaria (Better Than Grey), Vancouver Island (This Day Burns), Danbury USA (The Danbury Lie) and still have a new one being currently filmed for local act Nixie and Man Made Lake’s interview is in the final editing process getting ready to send. Without a doubt, as much as I like a one on one interview with people right in front of me – these are without question my favourite projects of the moment. Cinged inspired ME as well – don’t forget it! The work I’ve put into all of them since that episode has gone far beyond my own creative boundaries – I pushed myself into a new editing gear altogether to make these new episodes coming out…

– SBS Live This Week is also not far from the return to the REGULAR (Like, ACTUAL Wednesdays and Sundays NOT Thursday and Monday mornings…) schedule once it does. At this point – we’re still hesistant to release a date for the next episode (Part II of hip-hop act LoMEGA) until we’re sure we’re good to go with edited and ready-to-upload videos for several weeks to come. The content is there and always has been. Taking this time off actually has us risking a gluttony of it, hoarding much content I would like to see released to you as soon as humanly possible….

– Pictures are being continually updated at the supernova page (Filthy Little Thieves got a major new picture splattering!) and are being worked on behind the scenes towards another SBS Massive Picture Day and to also hand out to a couple of previous SBS related friends in order to see their own artistic perspective on our acts. Looking forward to seeing what comes back there from some truly creative minds – word has it that Gordo from Filthy Little Thieves and Tyler Mayfield formerly of Overdose are both involved. Well, hell, I can confirm both for you – and I can add a little more excitement to the mix….while Overdose may have come to a retirement all too quickly – it’s important to remember that not ONE of them has ever mentioned quitting – they’re simply pursuing their individual musical interests. That’s a mature decision for these guys at a very young age and as much fun as we also had with Overdose – we respect their decision as a band very much. I’d also like to officially announce that we have snagged lead singer Tyler Mayfield’s point of view and have made him a part of our SBS team. This announcement is overdue – he has actually been in the process of assisting me on some projects already and co-wrote the video interview that we’ve done with We The People. He also helped shoot footage for The Pit’s show at The Cellar in Vancouver along with his good friend Kyle. Additional shout-outs to our other SBS alumni for helping film that night – Randy MacRae helped out BIG TIME along with Becky and Keera of SBS.

– Lastly, in this sea of wonderful positives – I want to mention heading over to Vancouver Island tomorrow to have another adventure with James Kasper and a whole slew of bands. We all know what happened last time – 52 hours of NO SLEEP and an unbelievable experience with 5 bands and artists in 3 hours. Apparently I passed that test from Mr. Kasper – who has put me on the task of interviewing 10 bands & artists for the upcoming Vancouver Island Music Awards in the same short time frame! Madness! But as you know – there is NO challenge or opportunity I would walk away from willingly. You can drag me, but I promise to make that tough on you…. So to James and all of the bands on Vancouver Island getting ready for the VIMA’s on April 28th – I say BE READY – cause here I come – caffinated and extremely happy to see you all.

OTHER NEWS in the SBS universe you might want to know!

– The Pit have secured their show in Kamloops for May 4th at Bailey’s Pub – so BE READY interior BC – it’s about to get LOUD. Vancouverites – you should all come too – but if you can’t make it that night just open a window – I’m sure you’ll still be able to hear them playing no matter where you are. Avalanche warning – you heard it here first. Come hell or high water – you know you’ll find us there at this show somewhere….& many thanks to Katja, management from Throttlecaster for helping set that up.

– Thrice contest subimission entry is officially CLOSED UP. No lie – though we were happy with registration – that went WELL – submissions took an interesting turn – we’ll get into that later on the show as we announce the winner later on this year….

– Brad, guitarist from Aeterna and I continue to plug away at their newest video. The guy is a BEAST learning all this stuff as quickly as he has…

Alright – that’s it from me for now – I mean, that SHOULD do right?

I’ll update you on the island adventures to come. Totally looking forward to it.

Keep the volume up.