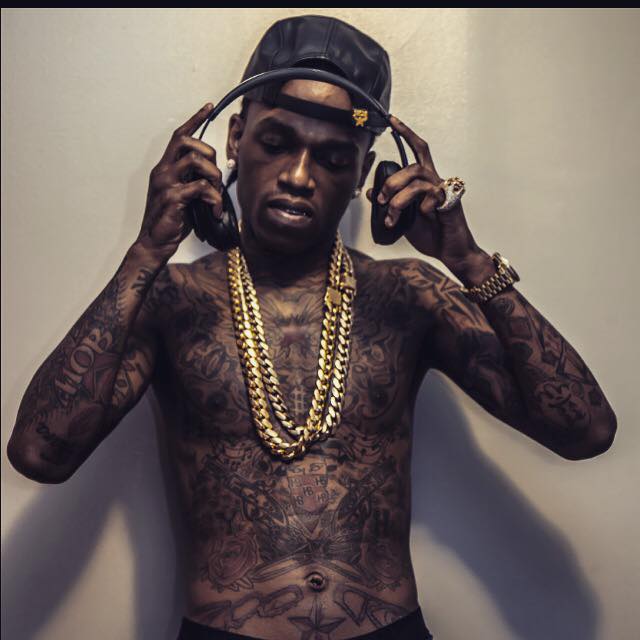 On the one hand, I can listen to Handsome Balla and feel like I’m listening to a quality tune that’s tightly made and well-executed…on the other hand, the old-guy in me sure wonders sometimes what makes people write about what they choose to write about.  It’s not so much about getting caught-up in the moment as it is knowing that you’re all gonna be old men/women one day too…I just find it amusing that some people like Handsome Balla one day are going to look back and remember that summer when “Love Her Anyway” was released.  It’s a classic love-story between a man and his bitch, one where he makes the incredible sacrifice to stay with her even though she’s not exactly Rihanna.

Some of the lines on “Love Her Anyway” are bound to shock you – but much like RiRi’s secret, Handsome Balla works the lyrics to his advantage by adding punch to the syllables at the perfect points in the meter as he rolls through the words on the mic.  It’s hardcore in its message, but I suppose you gotta admire it for its honesty and being straight to the point.  Bottom line is that “Love Her Anyway” is the hardest kind of track to deny yourself…even if you were to find the lyrics offensive, there STILL wouldn’t be much you can do – this flow completely works and the melody in the words, combined with the beat and production from Ill John Beats will pull you IN – kicking and screaming if it has to, but it will.

I also have to give Handsome Balla some credit when it comes to use of the ol’ auto-tuner – this guy’s gotta better grip on how to make it work than 99% of the people that give it a shot.  A part of his signature sound, I thought he sounded great on “Love Her Anyway,” but it was in listening to “Baby I’m Alright” that he confirms nothing was a fluke the first time around.  With the pitch shifting of the auto-tuner bound to claim a note or two as it transitions…if something has slipped, then I can’t hear it…I don’t think any flaws exist here when it comes to the way that Handsome Balla’s vocals end up sounding.  The work has been put in through both performance and production and the results speak for themselves.  “Baby I’m Alright” is a cut you could probably consider to be more accessible to the masses than “Love Her Anyway” by comparison…it’s hard to say…it’s more of a universal subject that people can identify with and I think that’ll resonate with listeners, but at the same time, the hooks on “Love Her Anyway” are pretty damn unmatchable.  I dig the editing on the vocals and production from Supa Sam on “Baby I’m Alright” and it’s gigantic big-bass beat subtle driving the music in the background…it’s still got enough hooks and an entertaining enough performance to be well worth your time.  Handsome Balla sure doesn’t pull any punches in the imagery or descriptions in his words when he’s letting you in on what’s on his mind…these first two tracks certainly make that much clear.

I think the added intensity and drama of “Bury Me” worked out solidly in Handsome Balla’s favor.  Definitely a style/sound that works for him…this track is wicked from the beat to the mic, including a killer guest with the talents of Maino taking over a set of bars or two.  I felt like the track was looking for a bit of additional aggression to really maximize the impact this cut could make and Maino really brought his A-game in that department, sounding ready to ruff up the mic and make his presence known.  Handsome Balla puts in one of his own most unique performances and switches the game up to head in a new direction through the more serious vibe of “Bury Me.”  There’s real focus here that I can completely appreciate; Handsome Balla is massively talented and knows exactly what he’s looking for when it comes to structuring a track to his advantage – and not only is the dude talented, he’s also hangin’ with equal caliber talent and introducing us to people like Maino, who goes on to tear the microphone a new ass and terrorize it like it owes him lunch money.  Felt like “Bury Me” made a successful attempt to do something different than the rest of what you’d find in the rap genre…I can definitely get behind this cut.

And just in case you might have thought that Handsome Balla was relying solely on effects and a unique approach to the writing to get him by – “Get It Straight” (Produced by Bandit Luce) will set the record straight once & for all with a savage turn on the mic that keeps the intensity flowing word-for-word from beginning to end.  After a perfect sample to send the initial message, dude launches into the hook and showcases the versatility in his rhymes with another track guaranteed to pull you in from the committed performance.  Even though the overall themes of “Get It Straight” have been explored countless times by rappers worldwide, it still felt like Handsome Balla has every right to be here with the confident way he grips the mic & rips the words on this cut.  This guy went 4/4 for me…all these tracks highlight the massive amount of skills this emcee has and the innovative ways he raps his rhymes…he can definitely write a hook and entertain & he’s proven that at every possible opportunity.  Whether or not you like or relate to the words…that’s gonna be up to each person out there individually…but the flawless ways that these songs have all been put together, structured, written, performed and produced is guaranteed to pull you in and grab your attention like you have no choice at all.  Talented guy, no doubt.