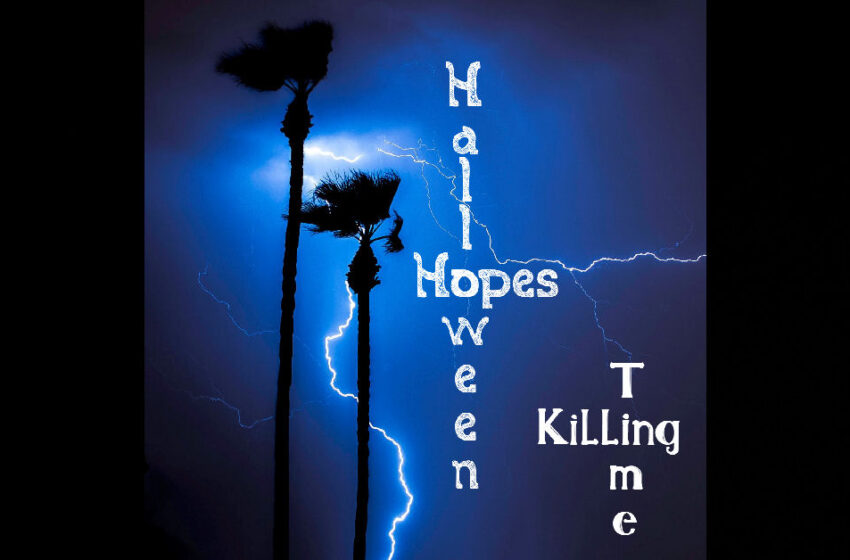 And here I was expecting something that was built for October with spooky ghosts & goblins & all that…as it turns out, according to legend, Halloween Hopes got its name from chilling out with Steve and recording some tunes on the 31st back in 2018.  Well done whoever Steve is!  You probably didn’t know it at the time, but here we are now man, and you’ve played a pivotal role in introducing a brand-new songwriter into the independent music-scene.

We thank you for your service.

Halloween Hopes ended up taking the ball & running with it from that moment forward from what I’ve been able to see online.  A whole bunch of singles, a whole bunch of videos…an album from 2019 called Party Music, and the more recent one from 2020 where “Cutting Off The Branch” comes from, Killing Time.  On the record, which I’ll tell you more about on the next episode of the SBS Podcast, you’ll find Killing Time is quite the collaborative effort, with Halloween Hopes writing the lyrics and then assembling a team of aces to bring his visions to fruition.  As you’ll hear in the song below, “Cutting Off The Branch” features guest appearances from singers James & Nida – two talents you’ll find run all throughout the songs on the new album; you’ll also find legendary underground rapper, the notorious Nekro G show up on the majority of the other cuts running through the second half of Killing Time.

James & Nida handle “Cutting Off The Branch” confidently with bold harmonies, emotion, and passion in their voices, guiding the way to a powerful first experience with the words & music of Halloween Hopes.  All-in-all, it’s a truly great metaphor to have chosen to work around…the idea of “cutting off the branch that we’re sitting on” – if you’re not feeling that concept, then you’re one of the few lucky people that haven’t felt like you’ve self-sabotaged yourself at some point in life.  For the rest of us that have experienced that feeling, you already know that “Cutting Off The Branch” is exactly what it’s like; and ultimately, working within a concept & theme as vivid & clear as this is, is simply a songwriter’s dream.  So kudos to Halloween Hopes…I think much of that comes across in the lyricism from a micro & macro perspective; you can get the more isolated & personal connections that tie-in from the beginning of the song, and if you’re paying attention, you’ll find “Cutting Off The Branch” continues to expand straight out onto a global level, until it justifiably includes us all in one way or the other.  As this song progresses, it twists & turns from its individual tales and shifts cleverly into a highly meaningful experience that deals with climate change & the world we all share together.  Every bit as much of a prophetic warning as it is a song that’ll keep you fully entertained with its melodic intensity & multiple meanings – “Cutting Off The Branch” is the kind of insightful single & video combo that’ll really make you consider your own role in what’s happening in the world today…and think about what side of that branch you’re really on.

Throw the ol’ subtitles on & consider the words…even more importantly, consider the meanings & the passionate pleas of emotion they’re sung with.  Make sure to tune into the next episode of the SBS Podcast coming up this week & I’ll tell ya more about Halloween Hopes & what’s up on Killing Time – you never know…I might just be spinning a couple more examples of what this project is capable of…

…until that time comes along soon folks, have yourself a listen to Halloween Hopes at Bandcamp right here:  https://halloweenhopes.bandcamp.com