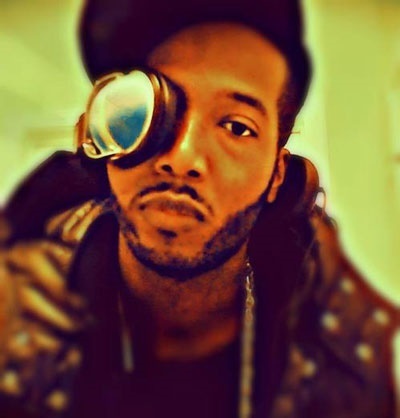 This doesn’t happen very often at all…but I think I’m honestly stumped here on whether or not the people out there will be able to following along with what Haiqeem is creating. With a clever, groovy bass-line opening, it’s almost hard to see that hard-rock edge that this song carries, and largely due to the style of the lead vocals, “Don’t Give A Damn” might be a tough one to find acceptance for some. The beautiful thing about singers that polarize the court of public opinion is that where something doesn’t work for someone, it hits the right spot for someone else out there.

Haiqeem hit the right spot for me. I think the opening plays like a clever mix between alternative/pop-rock acts like The Verve Pipe and Fury In The Slaughterhouse…but by the time you reach the eye of the storm, “Don’t Give A Damn” finds its way to a sullen melancholy much more similar to bands like Cold. I love Cold…both as a band and as a temperature.

Trembling with vibrato and intensity, Haiqeem conquers this track with a real style if you ask me. Amidst the crunching, grinding gears of the guitars and the stoic drumbeats, he’s put something interesting into this style of slow-burning, brooding intensity with the real creative twist the inventive delivery of the vocals puts into the music. I can tell him straight-up that the battle for acceptance isn’t going to be won overnight…but if Haiqeem continues to challenge the boundaries with this much commitment longevity and a valid career in music could certainly be well within his reach.

Surrounding himself with talented players and studio assistance doesn’t hurt either! Combining all-star talent on bass, drums & guitar alongside Juno-nominated producer Murray Yates overseeing the production on “Don’t Give A Damn” from right here in our own backyard in Vancouver – Haiqeem has put himself in a position to succeed and truly be recognized for the creative innovation he’s put into the rock genre on this new single.

Along with an eye-catching lyric video to help support “Don’t Give A Damn” it would seem that all the right gears are clicking into place for Haiqeem and the traction is starting to gain some pull. I dig the emotionally-forlorn mood and overall the assembly and structure of “Don’t Give A Damn” allows for the music and lyrics to take turns making the intended powerful impact upon our listening ears.

Seems like some very smart choices being made by Haiqeem and you can hear that determination and grit in his performance on “Don’t Give A Damn.” I think he’s done the right thing by finding a signature style that works incredibly well & not compromising that sound he’s been gifted with; instead Haiqeem owns it with confidence & genuine originality and delivers a rock-solid performance on his new single.