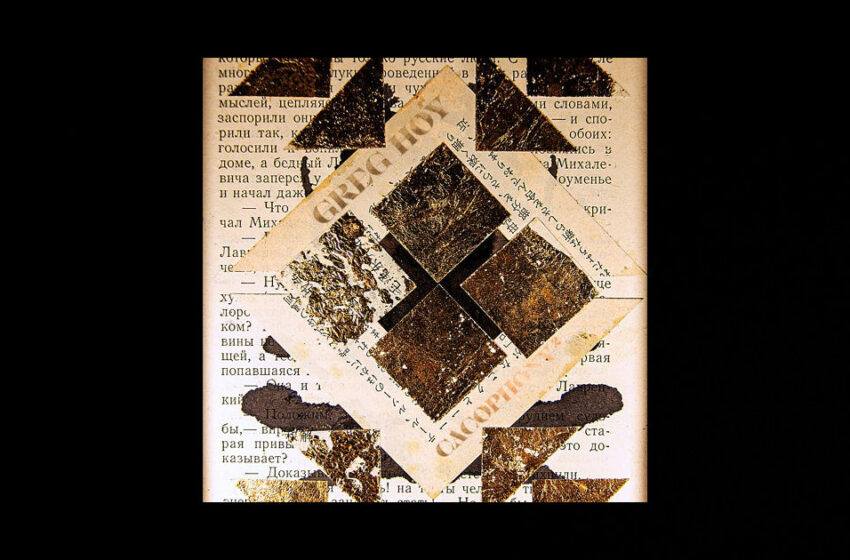 “We had the radio on, with the top down, and no space between us.”

Greg’s got himself a decent tune here for sure.  “Highway 101,” as you’d likely assume from the ol’ title you’re reading there, is pretty much built for those sunny days outside, cruisin’ the streets without a care in the world.  Chances are it’s been a while since a few of you have had the chance to do that, and if you’ve been missin’ it, there’s no better excuse to get out on the open road than with a song like this one here.  Laidback, cool, and catchy – “Highway 101” has no problem at all hitting the mark of Greg’s intentions; I don’t wanna say a song like this writes itself, because of course it doesn’t – but the natural smoothness you’ll find beaming through your speakers would certainly have you believing it’s possible.

If I had to hazard a guess based on what I’m hearing, I’d say you’d likely find a whole bunch of stuff like Tom Petty, Dire Straits, some Stones in the mix, and probably a lil’ John Mellencamp on Hoy’s personal playlists throughout the course of his life…”Highway 101” fits in nice & snug with tunes you’d find from all of them.  Maybe sprinkle in a bit of something like Dandy Warhols, or Fountains Of Wayne for that slightly warped bend on the Alt/Pop sound to give it just enough of an update in that regard so that no one confuses this for a throwback…a little pinch of the southern-end of Better Than Ezra’s vibe too – but of course, all of these bands also incorporated melodies that go as far back as the golden era as well in order to create their sound.  In any event, I’m interested – Hoy’s got a very natural charisma and charm that I can’t imagine too many people out there trying to resist – “Highway 101” is likely gonna be one of the easiest cuts to enjoy that you’re gonna find out there in any corner of the music scene this year.

And you know something?  I think the world needs tunes just like this single from Greg Hoy right now.  There’s nothing political here…nothing divisive…nothing to argue over and nothing to bitch about – he’s put together a song that I’d readily assume we can all agree on.  Hoy might not be recreating the wheel here, but that’s about the most you’ll find me conceding to ya – as far as the execution, the songwriting, and the sound goes – he’s got everything locked down tight where it should be, and the stellar results produced are essentially nothing BUT enjoyable, accessible, and extremely welcoming to the ol’ ears.  Greg ain’t even really asking us to think all that much, just cruise along with him – and I’m feelin’ mighty inclined to take that ride and have more than a few times over the course of this week; “Highway 101” is the kind of song that truly just feels great to listen to, and captures that spirit of the open road perfectly.

It’s accessible, in all kinds of ways…all the right ones.  No lie, I wrote the bulk of this review in the wee hours of the morning when it was pitch black out…but just putting this song on allowed me to convince my mind that it was sunny as sunny can be, and much warmer outside than the reality of the oncoming winter about to take over Ontario where sleepingbagstudios is based out of.  That’s the power of a song that can genuinely take you somewhere outside of your world for a moment or two to escape, and that’s exactly what I’d tell ya Greg’s got on his hands here…a great escape for all in fact, in audible form.  From the moment it starts with a musical hook you’ll hear show up a couple times over the course of this tune, to the way it snaps into gear so fluidly & flawlessly, “Highway 101” comes off without a hitch – there’s not a bump in the road throughout the whole distance in listening to this single from Greg Hoy’s Cacophony 2 EP, and I’d bet a whole lotta people are gonna truly love driving along to this song with the music up loud and not a care in the world as the miles of road pass underneath those rubber Goodyears.

It’s straightforward Rock’n’Roll at its laidback finest, built for the open road and open hearts.  “Highway 101” is mellow & melodic, with an inspired spark that reveals radiantly uplifting sound & vibes from the start of the good times, straight on through to the finish line, supplyin’ the audible sunshine at all times.

Find out more about Greg Hoy at his official website at:  https://thegreghoy.com