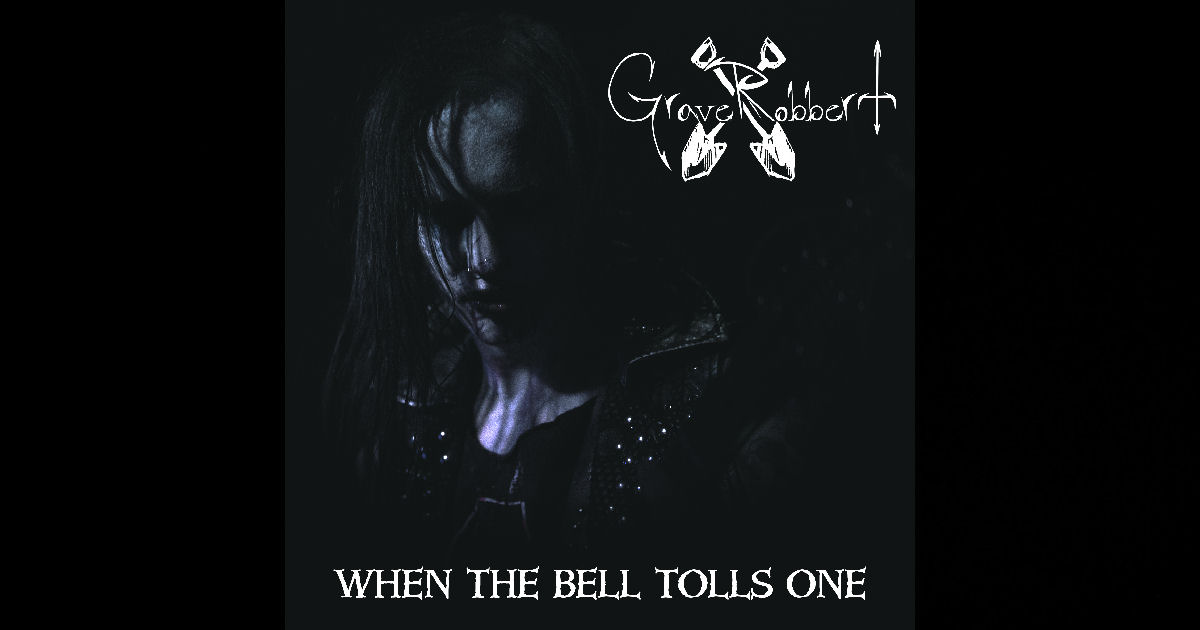 Nothing speaks more to versatility than getting two new singles that are miles apart in style & sound!

When I first popped open the Spotify player and started listening to Grave Robbert’s “Midnight Road” – I did the same thing I always do more or less, I put the music on and let my wander, trying to assume things or figure out something about the artist or band I’m listening to.  As the chilled-out & serene sounds of “Midnight Road” began, I noticed the picture that came along with the single…and I picked up on something…or so I thought at first.  It was like my big moment, thinking I had Grave Robbert all figured out as the delicate piano melody started out this first impression.  I looked at the type of guitar that’s illustrated on the single’s cover and I thought to myself, ‘sorry Grave Robbert, better luck next time – there’s no fooling me and I’m totally ready for the guitar to come ripping through my bones.  Any second now…’

So I braced myself…because I was so sure of what I thought was about to happen…after reviewing who knows how many records over these past several years, I couldn’t be wrong, could I?  I tell ya – it can be a really beautiful thing to be surprised in life when you think you’ve got it all figured out…and listening to “Midnight Road” was completely proof of why that’s true.  Remaining delicate, remaining gorgeous, and with spectacular female-led vocals – for what you’d expect from a project with a name like Grave Robbert, everything about this first tune seemed to turn right when I was expecting it to go left.  There is a soft guitar in there as well…it’s more faint in the mix than you’d ever expect, intricately played and sweetening the overall sound, which pulls off a remarkable amount of sincerity & emotion when everything is combined together.  Sounds like some strings filling the atmosphere, the piano is bold & stunning in the melody that drives the music, and those vocals are absolutely angelic, graceful, & straight-up gorgeous.  Everything about this song is a fantastic example of how to make melancholy become beautiful…the complex layers of emotions in the lyrics are perfectly drawn to the spotlight through the captivating vocals finding the heart of this moment in time as spot-on as you could ever hope to hear.  For a short two-minute tune…it’s actually seriously impressive how much of an impact this heartbreaking song can create…it’s so beautifully sad that you’ve gotta admire contrast like this.

Still though…as much as I was enjoying myself in listening to “Midnight Road,” there was something nagging at me while I checked it out.  Who is this Robert guy anyhow?  Is there a Robert in Grave Robbert?  I mean, you’d think there would be…but I was pretty damn sure that wasn’t him singing.  So further down the rabbit hole I went, prior to listening to the second cut and after being so surprised by what the sound of Grave Robbert appeared to possess from this first experience with “Midnight Road.”

And there it was!  Confirmation that I wasn’t crazy after all!  Right there on the ol’ social-media pages, it listed Horror, Metal, and Rock as the main soup du jour when it comes to the music of Grave Robbert!  There was also, indeed, a Robert at the center of this project…I believe the man is going by the name of Rob Grave…which I’m also assuming is one seriously clever choice when it comes to a stage-name.

So in terms of bracing myself – I was correct to do so all along.  For you see…if there’s one thing that the Metal crowd LOVES to do, it’s throw in that occasional soft-side curveball, right before launching into the real extremities of their sound.  It’s by that logic, that I had to now assume that “Midnight Road” was in fact, the ‘intro’ of sorts to the experience I was about to have with what Grave Robbert is probably much more inclined to sound like on a regular basis…this time, I had to be right or I may as well surrender this career in music-journalism altogether if my instincts have wandered that far off the mark.

“When The Bell Tolls One” was much more like what I’d imagined Grave Robbert would sound like before I had pushed play and thrown off the trail by “Midnight Road” – these are the dark, beastly, & bone-cutting sounds I was expecting to hear all along.  As much as I might poke the Metal-scene about their tendencies to pull this bait-and-switch, the actual facts are that it’s born out of a genuine love and acceptance of music in ways most musicians & people don’t even realize.  For the sheer fact of Metal being so often persecuted in the public realm of the masses, that entire crowd of the main genre & all its sub-genres are generally people you’ll find are much, much more open to ALL-things-music than so many that claim they are & then secretly stick to what they love & nothing else behind closed doors.  It’s a respectable trait I’ve picked up on over time…you really won’t find a genre of musicians as accepting as the Metal crowd is…and I’m sure that generally, that’s probably the last place people would expect to find that for whatever reason they may have come up with in their mind.

Complete with actual bells ringing, the grinding gears of the intro into the music of “When The Bell Tolls One” roar into place.  Hard-hitting stuff all-around…I ain’t got no issues with what I’m hearing.  I dig the heaviness in the bass, I dig the weight in the punch of the drums, and I certainly dig the guitars.  Vocally, Rob is reaching right down into the pits of hell to unearth his demonic sound, snarling with gripping animalistic intensity or growling with deadly low-tones.  He’s got multiple moments where he’ll continue to do his thang outside of the words with a scream or a growl or something bizarre quite often in that Meshuggah-esque heaviness…dude sounds awesome in those parts as well, he’s a great fit for the style he’s going for.  In terms of accessibility, of course the masses will be more behind “Midnight Road” for its easy to absorb melody – but for the real metalheads out there…”When The Bell Tolls One” is what you’re really seeking out.  Nothing I’d change from performance to production here…and MAN can this dude light up a fretboard when he wants to!  Listen to like, right around the 1:40 mark or so…cause I’m tellin’ ya…that’s a case of what’s being played AND how it’s being played…and that’s what you want as a listener whenever you can get it, wherever you can get it from.  But what I mean is, you’ll probably notice the killer tone as it begins on that first impression as Rob fires up his solo, but then like, make sure you stick around and absorb this moment…and recognize the SKILLS this man has got goin’ on too.  Extremely well structured and compelling from beginning to end, “When The Bell Tolls One” is as epic as it is enormous with how big & beastly the sound can become – but you’ll also hear a real clarity in the production, which totally allows listeners to get right into each part of this tune, where they’ll easily discover the dynamics & definition of a cut that scorches with bone-crunching fury, but also takes time for real musicianship, instrumentation, & writing that has multiple access points for people to latch onto.  There’s no doubt that “When The Bell Tolls One” is gonna scare a few people away out there as well – that’s always the risk with a sound that reaches into the furthest points of the darkness as this does…I’m more than sure that Rob Grave is A-OK with that effect on people.  For those that dig what’s goin’ on in the mix of rage, mayhem, and mysteriously devious sound in Grave Robbert’s music are going to come rising up right out of the ground like the Evil Dead to support this, believe it.

Find out more about Grave Robbert at the official page at Facebook:  https://www.facebook.com/GraveRobbertBand