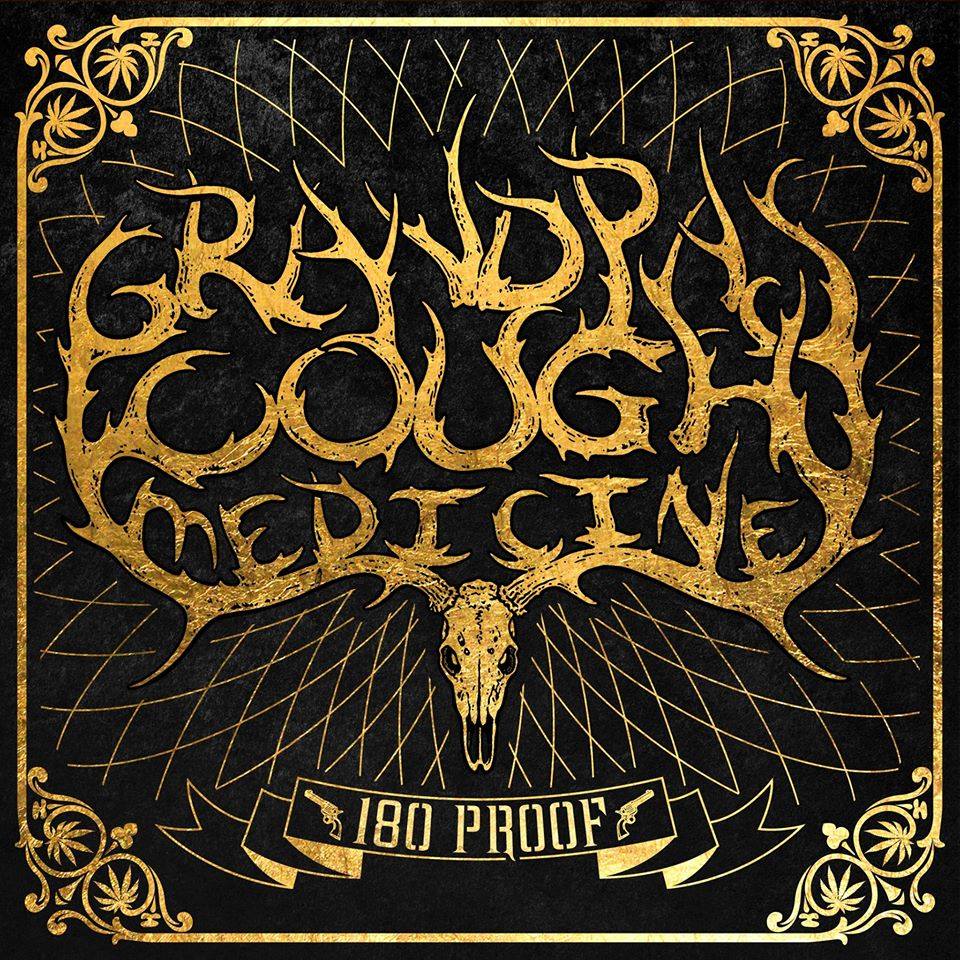 What in the all hell is happening through these speakers lately? I swear, I’ve actually got a few of them pulled apart and I’m checking the insides to see if someone’s playing a prank on me here today and there’s like, an endless source of countrified-music playing on repeat in there and my actual volume controls have all been somehow disabled. I’m just that paranoid.

Now that the rant is out…I suppose the best thing I can say to start this review is that there is of course, a massive difference between what would be considered country-music (like earlier this week through Jacob Bryant) or something like what we’ve got here in the brilliantly-named band from down south, Grandpa’s Cough Medicine, which is decidedly bluegrass. At least I think so? I’ll admit…those two genres are outside my normal genres…is it the sheer ability and overwhelming skill that makes bluegrass music bluegrass music? I don’t think I’ve ever heard anything in that genre that I’d ever consider to be lazy by any means, whereas I have heard quite enough cliché cookie-cutter, bored-ass country musicians to last me a lifetime.

But case in point, and I know I’m jumping ahead here just a tiny bit…but “Midnight Coker,” jeeeeezus! This song is completely incredible and completely insanely-paced out. If you have any doubt about the skill, precision and ability you need to hold your own in a bluegrass track – then look no further than this song by Grandpa’s Cough Medicine, hang up your banjo, sit the fuck down and listen to how it’s really done RIGHT while you enjoy your new-found retirement from music completely.

Shit. I used a cuss word. Can I do that in a bluegrass review?

At least that’s what hooks me in personally. The phenomenal skill of this band is on immediate display with “180 Proof;” the pickin’ comes rippin at you, proving that these bluegrass bands, or at the very least THIS one can play with every bit of the intensity, speed and clarity of the best of the best in punk & metal genres. I’m sitting here just blown away by the precision, tone and clarity that comes out through these performances. “Liquid Courage,” sells out the rest of the crowd that didn’t immediately buy into “180 Proof;” it’s played with true melody and sung out with real heart. The change-ups and switches between banjo & guitars sounds perfect as the rip through this one at a slightly slower pace & twice the complexity. I try not to pull quotes direct too often…but they promise “satisfaction guaranteed” in this very track…I think that’s apt.

Now…there’s always going to be a little bit of a…I dunno…let’s just call it the ol’ Boss-Hog feeling to the music of bluegrass…hits a little of that Dukes Of Hazard kind of vibe in spots don’t it? I’m not sure if this style of music even gets a choice when it comes down to it; songs like “Van Trip” sound like what I’d expect to hear in bluegrass for the most part…but like, LISTEN to the performance around just before two-minutes in…the playing is absolutely incredible. It’s differences like that which are separating Grandpa’s Cough Medicine from the rest…their instincts for writing dynamic switches in their sound are top-freakin’-notch.

“Mama Played Bass” also kind of follows a familiar old-style rhythm, but you gotta love the words, dedication and commitment to their style. Vocally throughout this album, they’ve been in complete sonic-harmony…this Jacksonville, Florida band sounds perfect when they’re singing together. There are elements of almost like, barbershop-style melodies on here in addition to fantastic full-band harmonies and then more isolated leads like you’ll find on “Every Critter In The County.”

Ok wait….did I just hear that? Cause if that was what I heard…that’s one brilliant line…

I did hear that; and I’m quoting this band once again – “A man is only as old as the woman he feels.”

I almost spit my coffee out this made me grin so hard. The lyrics to “.22” are nothing short of pure brilliance; they’re tongue-in-cheek I’m assuming, lest they’re looking for a lynchin’ in today’s world – but that’s a safe assumption as much of this album has golden lines of the purest humour dripping from the microphones. “Respect The Shine” is another great example of what fantastic storytellers Grandpa’s Cough Medicine become in a song, and how the way that they play it would truly bring a smile to anyone’s face. Absolutely one of my favourites on this album, which, kind of surprising me with how charming and captivating it has been. 180 Proof, as an album, certainly holds MY attention…I’d bet it would yours as well.

“Flat Pick-Diculous” is exactly that. Much like “Midnight Coker,” this is the kind of song that would make you quit before you started into playing bluegrass yourself as an amateur. I mean, HOPEFULLY it inspires you to make something of this high-caliber of awesomeness one day…but chances are you’ll sit here with your jaw & mouth wide open catching flies wondering how in the hell they DO THIS like I am right now. Excellent fiddle playing in this one after the second minute, joining a succession of amazing abilities on display here in this song. Not even joking – this is some true virtuoso-type-shit right here. Astounding.

Which makes the beginning of “A Song For Bass And Banjo” and the ensuing tale all the more hilarious. Definitely the brightest moment on the album for humor – this is a great little tune that tells the sorrows of their very own of their very own Brett Bass and the trials & tribulations of him attempting to get his shit together after busting up some strings of the ol’ gee-tar. In a twist on their sound, you can almost hear the old-school rock of like…Elvis in the opening of “Denim Prison” before it jumps into something decidedly more Johnny Cash. As far as the country-aspect of bluegrass music goes, or at least theirs – this is about as close to country-music as they get on this album; but again, the humour shines through.

Okay. Wasn’t expecting to like OR love “La La Lolly” – but alas, here I am. The pop-instincts driving this folk-bluegrass tune are just incredible; more akin to something The Beatles might have come up with back in their prime. Not their commercialized prime – the good one. The melody is just immaculate pop-perfection on this one.

Aside from the Dukes Of Hazard-y feeling the music brings me into; I also end up feeling like a hot-dog & nachos the more I listen to the wild instrumentals like “Keel’s Reel;” I mean…I don’t know about YOUR drive-in movie theater, but mine has this twirling hot-dog dude and a rad swinging ice-cream bar all dancing around and getting you psyched to scoff some grub all whilst playing this exact kind of music. Damn you guys – I’m wide enough already thank you very much…

“Blood And Justice” is another example of the excellent lyricism within Grandpa’s Cough Medicine. This track is a great, classic-style rhythm, complete with their virtuoso-solo-breakdowns, excellent vocals and flow…and again, brilliant lyrics. Nothing like a murder song with a happy tune & beat playing in the background to bring some warmth and heart to what otherwise might have been a somewhat grim situation. Great tale, great tune. Okay – I like bluegrass guys…I give up.

They close out on the poignant “Westboro Waltz,” sneaking in some smartly-written social-commentary and dropping some real politics on us here in this final cut. There have been so many levels of innovation on this album that it has become difficult to keep track of them all.

So it’s a good thing I wrote all this down.

It’s an even better thing that I have the music to repeat over and over and remind me anytime I want.