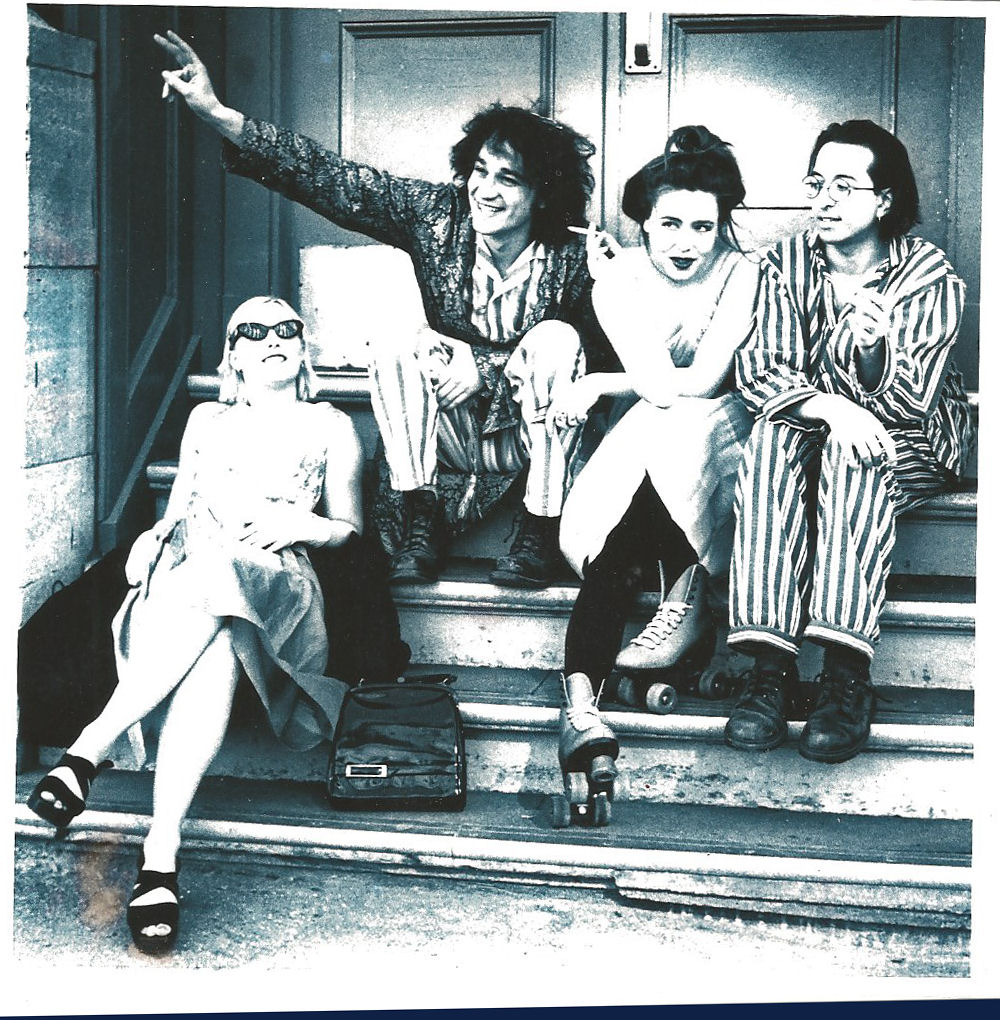 If absolutely nothing else…at the VERY least…this is what you can most certainly call authentic.

Reading about the story of Montreal-based band Goldfish was insanely cool.  I put on their brand-new video/single “Elementary Boy” and was immediately zapped back in time to all the powerful & empowering riot grrrrl bands that I knew, listened to and loved from the 90’s grunge era…and so naturally as I tend to do many times, I looked up their story.

Not only do their songs SOUND like their from the grunge era – they actually ARE from the grunge era!  Believe it or not…the latest record from Goldfish was actually written TWENTY-ONE YEARS AGO.  That’s 1996…the very same year I peaked as human-being and it’s been all downhill from there for me.  But enough about me…seriously, that’s an AMAZING fact about the tunes that are on the official release of Goldfish’s Predictions Of The Future album – what a trip and what a journey for them to be here now!  Goldfish was no joke either…they were known as ‘one of the leading bands in Montreal’ according to the Montreal Gazette – and for those that know their essential Canadian music history – they even played shows with Eric’s Trip, proving that Goldfish is Canadian as fuck and that they were certainly there at the heart of the scene.  It was like…what…just last week or so in our interview with Melonvine that I ended up bringing up Eric’s Trip?  Random to have them come up twice in such a short timeframe…but again, any real follower of Canadian tunes will tell you those guys were doing grunge/garage/indie long before it was even a THING…so if Goldfish was hanging out in that era…believe me when I say, they’re the authentic real deal.  I would have potentially had my doubts on the story had I not heard the sound, style, writing and performance of “Elementary Boy” first…but there’s no mistaking that era of music.  Slide Goldfish in right between your albums by The Breeders, Throwing Muses, Babes In Toyland, Veruca Salt, Sleater-Kinney, L7, Bikini Kill…it’ll fit right in – because they were THERE and rocking right when all that was happening.  They had 21 songs recorded to tape before the project disbanded & the members went their own respective ways…but as they ALWAYS say…a good 21 songs are never finished, just abandoned.  Alright…usually the scenario just involves ONE song; but I think the rule still applies here…

Twenty-one tracks from twenty-one years ago – what a story!  You’re unlikely to read another like this for at least another twenty-one years if not never again – that’s extremely unique to this band and entirely memorable.  The music is certainly right up my alley – it’s written in the classic grunge-pop combination that made the entire era great.  The chords of the guitars are absolutely DEADLY when the verse kicks-in…vocals sound absolutely stunning and very much from the Veruca Salt school of harmonies.  What about this doesn’t kick ALL the ass though?  I could eat music like this by the bowlful.  Great transitions between their lighter-side & more pop-influenced pre-chorus/chorus hooks meeting the genuine menace of the sound in the verses…that’s an absolutely killer riff that fuels the engine of “Elementary Boy” that’s extremely loaded with all the right definition and punch in the mix.  Raw, real and stunningly authentic – I absolutely fucking love it.  I could argue potentially that the chorus didn’t quite strike me as hard as the verse did…but big deal…the verse is so killer I’d forgive them for much, much more; the chorus is good and the energy/style-switch works but it’s really the verse of this song that has the most effective hooks.  I could also argue that the hooks in the chorus would be more widely accessible to the people out there…so there you go, six or one-half dozen of the other and I’d just prefer to have the whole thang anyway!  Bottom line is that the mix is dead-on, everything here sounds absolutely fantastic from the drums, bass, guitars and vocals and is so impressively genuine that it can’t help but sound like a breath of much needed fresh air into today’s plastic-laden mainstream music.

For what it’s worth…I don’t think this album is out of step 21 years later than its inception…I think it sounds like it could have been recorded yesterday from the stunning production on “Elementary Boy.”  I think the fans of the grunge-era are still out there, just like I am, waiting for something that replicates the time, era and sound we knew & loved so much…something that is really real without all the glamour and glitz of the industry interfering.  Maybe there’s a reason this album didn’t come out way back when…maybe these songs needed to be preserved and protected…to be kept intact and truly authentic, but somehow waiting for the right moment to be released.  Maybe that’s now.

Because I don’t know about you…but if you’re anything like me, you’ll want to hear a whole lot more from Goldfish and what other gems from the golden-age of grunge might be on Predictions Of The Future.  I think it’s both admirable and commendable that these songs found their way to the light of day after so long in the dark filed away for what could have been forever.  “Elementary Boy” was a massively satisfying song combined with a rad trip down nostalgia-lane and I’m certainly looking forward to hearing how this whole record and journey turns out for Goldfish now that they’ve officially put out the album and can potentially begin an entirely new chapter in their story instead of writing the ending.