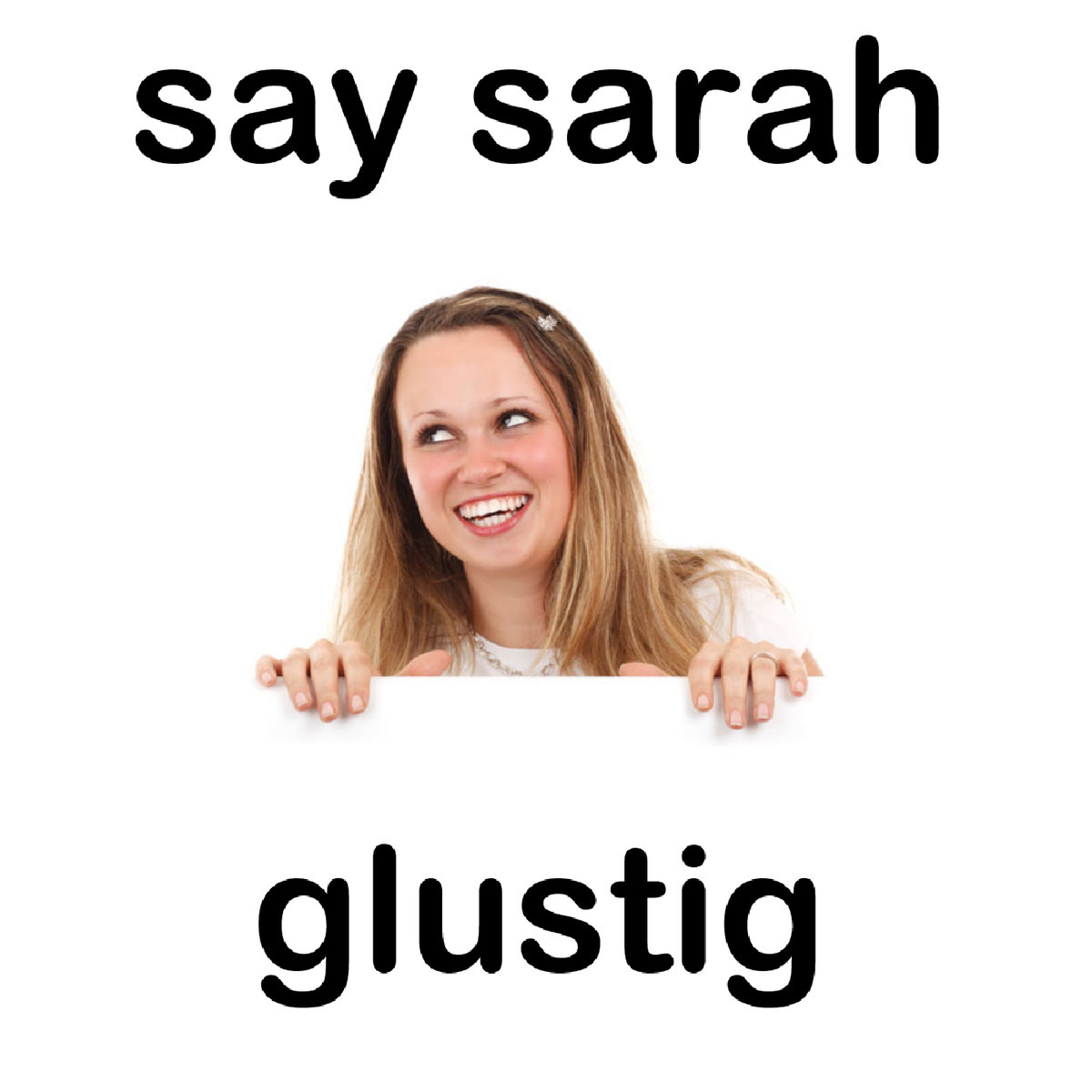 Oh people are funny creatures aren’t they?  All my regular readers and past artists/bands reviewed know I’m as slow as a snail when it comes to writing my reviews.  99% of the reason being that we actually listen to the music as opposed to the 99% of the independent music-journalists out there that don’t even bother, or pick & choose what they’ll talk about, etc. etc.  Even as I type out most of the reviews I write, I’m still in the background also responding to inquiries and e-mail questions as I listen to the music sent in.  As with most cases here…people seem to understand that.  Sometimes you end up running into people that are a little less patient than others, which ends up having you to rewrite your introductory paragraphs to point out that quality tends to take time…that kind of thing.  Just sayin.’

Because I mean…let’s just say for example that this applies to Glustig here…not saying it does…just saying to you all, like I always do, and giving you advice to consider; but suppose there’s a guy like me out there reviewing your music that really just likes to make sure that he takes the time to write exactly what he feels about the music and likes the take his time with his art, just like you did with your music?  Even worse – suppose that guy was REALLY digging your music…and just wanted to express that in the best way he could without the pressure of anyone demanding to see their name in print faster than you’d like to be pushed to do it?  Suppose maybe…suppose they’re like many of you musical-warriors out there that end up on stage when they’re beside themselves with sickness and half-dead from a cold they’ve caught?  All things to consider when putting your music out there…and for those that haven’t discovered this is generally how I work yet…welcome to sleepingbagstudios…where quality takes time because there’s no chance in hell that I want to be anything like the rest of the people out there that fake their way through reviews and critiques daily.

Anyhow…just in case there is any doubt leftover, let it be said one last and final time…no one ever knows what’s happening or not on the other side of the screens we all hide behind.  I personally take on these reviews and this entire lifestyle because I love it…and hopefully that’s never something that’s going to change.  Hopefully.

Sorry…I’m here to talk about Glustig aren’t I?  Let’s get to the music and back to what I do best.  And as it turns out, EVERYTHING I’ve already said applies to Glustig…not just the parts about me really digging what I’m hearing.  There’s an absolutely awesome true-indie rock/alternative sound here that I love…one that’s unrefined, untainted and unrestrained.  Like bands that I grew up on like the Archers Of Loaf, Superchunk, Dinosaur Jr. – that kind of blissfully unique, energetic and uplifting sound.  The kind of music that inspires others to pick up a freakin’ guitar and jump into the garage to make some noise with their friends.  You’d think that you could find music like that all the time…but honestly it’s quite a rare discovery…like a shiny gem lodged in a rock whereby you only get a glimmer of light reflecting from the right angle to see the true beauty it’s capable of becoming once the terrain has been fully explored.

Not only do I dig what Glustig is up to – they’re from the province I’ve grown-up in, known and loved my entire life up until our move to Ottawa, Ontario this year.  The music made here is from good ol’ British Columbia, Canada.  As it begins, “New York North” has all the ingredients to a track that I love most…sincerity, honesty, melody…and incredible lyricism.  The verse itself is a gorgeous event…but that chorus hook has all the serious sincerity & emotion you could ever hope to find in a melody.  Songs like “New York North” tend to sneak up on you…you get pulled in first by the inviting nature of the melody itself before realize just how deep the emotion runs through its veins.  Love this as a beginning to the Say Sarah EP – this is full of bright pop/alternative/indie qualities and a fantastic first-experience for anyone out there listening to Glustig for the first time.

If you’d just played me the immaculately fuzzy guitars from the opening of “I Wouldn’t Say No” – and you didn’t tell me I wasn’t listening to Dinosaur Jr., I would have absolutely sworn up and down that’s who it was.  Glustig has definitely gotta be a fan…that part I’m sure of…and nothing he’s doing here is a rip-off by any stretch, just a very comparable sound.  Vocally…especially when he’s giving it everything he’s got…there’s a very Pavement-esque sound to his voice; you can hear it for sure when he’s close to the end and it begins to crack and break just slightly…that’s a signature Malkmus-move right there.  As a guy that grew up around every album known to be put out, performed and produced with the nineties…believe me when I say that Glustig has done an excellent job of capturing the magic of that era on “I Wouldn’t Say No.”  Smart writing lyrically once again…great guitar solo in this less-than two-minute song as well.

Because I think there’s a real ear for music here despite any rough edges you may perceive in the sound.  A real student of music that has spent probably as much time in the headphones listening to the words and music of the nineties as I have myself – and I think tracks like the title-tune “Say Sarah” are a massive confirmation of that.  Bands like Dinosaur Jr. or Pavement…sounds that I’ve already compared to what Glustig is doing now, along with the others I’ve mentioned…they ALL share a similar magic in the sense that you might first hear it as slacker-rock, college-rock…or needing a polish somehow.  You might hear it that way…you might hear ANY of those bands the same way.  But the real magic in a track like “Say Sarah” or any of the music I’m referring to is that all of those bands were able to trick you into thinking they were lazier than the rest…and at any given moment, whether it was just two-bars or an entire full-song, could light up the room with a sparkling beauty so stunning you’d wonder if it was made by the same band.  “Say Sarah” is full of this same magic…Glustig doesn’t overcomplicate anything here…it starts out gorgeous and it remains that way as it shifts through its chorus-heavy minutes.  Strong hook, well-delivered…it’s spot-on to the audible-vision I’m sure that good ol’ Me and Logic Pro X always intended it to sound like.

Of course…whether you listened to Pavement, Superchunk, Smashing Pumpkins or any other band throughout the nineties…you also probably noticed things could take a significantly strange turn towards the very end of those records quite often.  Glustig doesn’t disappoint in that sense and stays true to his influences on “Nicer Dream” – which might take a quick adjustment from your ears, but is also equally awesome and powerful in its own right.  Lyrically melancholy and beautiful…these are the kind of moments in music that help you appreciate the beauty in sadness just as much as you already know happiness is a fun thing for a certainty.  It drifts close to a space-rock feeling but never denies its pop/indie roots…and under two minutes, it passes quickly.  At first I’ll admit…even I hadn’t caught just how gorgeous this final track really is…but with subsequent listens…this quickly became a real highlight for me.

There is also bonus material.

For twenty-one seconds, he’ll jump into territory mined by the Reverend Horton Heat on “Teach Me How To Surf” with plenty of in-your-face vocals and surf-rock-alternative guitars all flailing with wild madness…and you gotta love that.  It leads into a final remix of the title-track, “Say Sarah” in a new-light…the ‘UK Surf’ mix.  It’s a little more sparse…which allows each part to become a little more defined and audible in a sense…a little more isolated and personal-sounding.  Whereas the title-track’s original form sounded perhaps a bit more inviting and full, this final mix on the song still keeps the essence of the song intact but does allow it all to breathe a little more.  The bizarre but clever backing-vocals break through more on this mix & there’s more emphasis and clarity to the guitar solo…and I can dig that too.

There you have it.  It might have taken me nearly forever to get what I wanted to say about this clever EP out into print…and that’s really on me and how sick I’ve been as of late.  Barely been hanging on by a thread in these past couple days in particular and it’s been a struggle to keep the ol’ eyes open long enough to type a single sentence, let alone express myself in words the way I’m accustomed to.  On the bright-side…it always takes a lot less effort to just drift off into a medicated fog and listen to great music on the path to recovery…and I’ve appreciated every moment with Glustig.  For me this was a record full of the nostalgic sounds I truly loved throughout my youth without anything sounding so dated that it wouldn’t be relevant today.  It’s a strong set of songs from Glustig on Say Sarah.