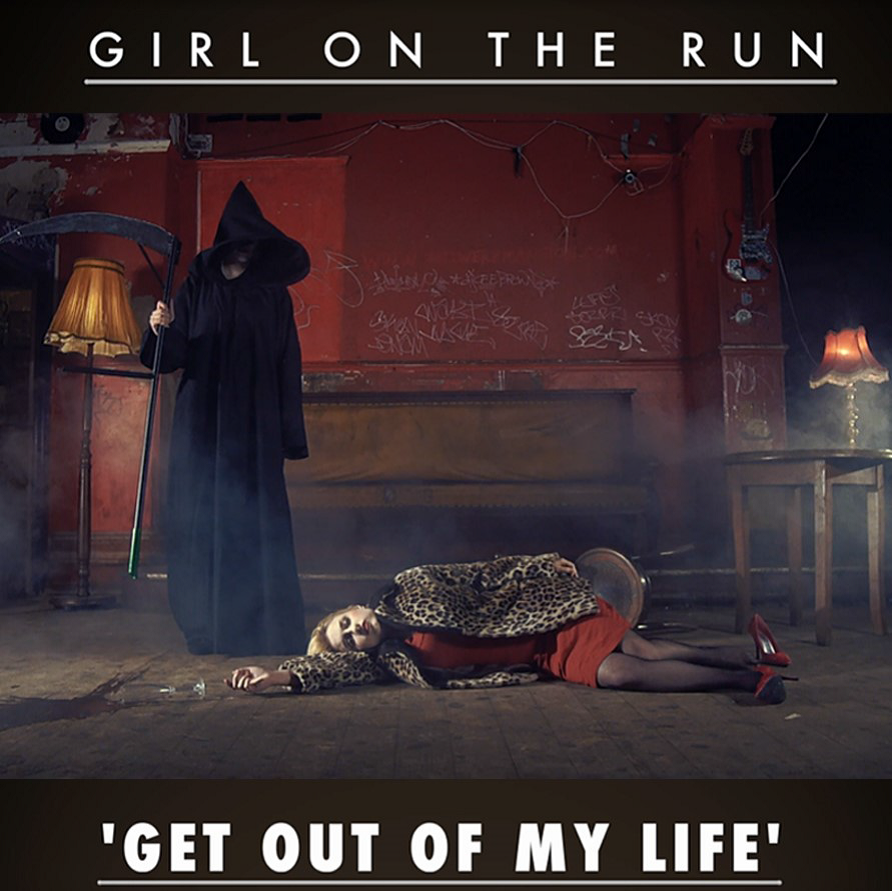 As a journalist, we run into scenarios all the time where, when having written about 400+ reviews, we have to get a little inventive with what we say or stand the risk of having every second word we write be the same as the ones before.  Sometimes…that one line you wrote, that one hi-hat hit, or bass-note…whatever it is that you think makes you the unique and beautiful snowflake you are…isn’t necessarily what the writer is always going to write about.  In fact, I’d venture on to say that if we DID simply write exactly what the artist’s wanted us to, or all the same details…well, that’d probably make for some intensely boring journalism and let’s face it – I wouldn’t have even made it to review 100, let alone 400.

Got your name wrong?  Definitely contact me.  Used a reference to your first album when it was something that came off your second record?  You got it – ring me up.  Left out a detail that’s important to you?  It’s going to happen…and I’m sorry for that…but that’s pretty much it.  Well, aside from come in with an ‘Editor’s Note’ to explain the honest side of what happens in the background of independent music of course.  But you guys, along with management out there everywhere already…know that’s what I do…all in effort to help keep us focused on what’s important – the music.

For some people, it’ll always be about themselves.  And if you take a look at the review below…you’ll be able to judge for yourselves how you might have handled the situation.  Do I get that solo-artist Marie Virginie Pierre has worked extremely hard on creating every inch of this record without a single helping hand along the way and it’s 100,000% DIY?  Of course.  Do I have to write about that every single time it comes up?  No – nor should anyone be asked to restrict or limit their art in any way, at any time.  I would think that a great many of you have experienced writers that didn’t write about your favorite song on the album, or include a credit for the producer that meant so much…etc. etc. – the list could go on and on and on and on.

But you get a choice as an artist, every time.  You could be rough about it – you could post on social media and withdraw the comments…that kind of thing.  Or maybe you trash the hotel-room in reflection of the pure hatred & disgust you have for the reviewer that might dare to talk about something other than exactly what you want people to hear.  Maybe you write a letter to the government petitioning independent music journalism…who knows?  Sometimes the horrendous quality of entitlement can rear its nasty head…even early on in a career; but it could all go another way…

Perhaps a writer SHOULD have the freedom to choose what to & what not to include…I know, I know…it’s a crazy thought…but bear with me…  Let’s suppose for a moment, let’s do the good ol’ ‘what if?’

What if the artist was to simply read the article and realize it’s different from the rest…a large majority of it positive in fact…and just enjoy it?  I would assume that’d be a better angle, rather than risk the constant disappointment of finding out people will NOT say exactly what you want them to every time, or the boredom of basically reading the same article over and over again.  I’d assume that’s also a fantastic way of keeping the support of someone out there trying to do the best they can to help assist their music by providing their own unique point of view…but again, some of us out there are lone wolves that want to do everything without help of any kind.

And that’s where the apology comes in.  I had assumed that Girl On The Run would be like much of my experience with the independent music scene and want to have the feedback untainted, that she might be looking for an honest impression that doesn’t simply say the same exact things everyone else would.  That was my assumption – and I was wrong – and I truly do apologize to solo-artist Marie Virginie Pierre, aka Girl On The Run, for my own misperception of her overall objectives.  It was terrible of me to take the time to write this in effort to help get her music out there…I know that now.  Hindsight right?  I don’t even know exactly where I get the gall to decide to try & do something like that!

So again…the important details about the article below are that you know that 100%, without a doubt, every inch of this single & music from Girl On The Run is recorded, produced, played, written, created, knitted, hand-drawn, etched in vinyl, mixed, mastered and conceptualized by none other than Marie Virginie Pierre herself.  She is not a band – she is a solo artist…Girl On The Run is a 100% solo-act and doing it all on her own.  From the rest of what I gather…the rest of what I had originally written, featured below, is largely irrelevant.

Girl On The Run – “Get Out Of My Life” – Video Release

Well this is fun! Check out the new video from PierrePlay Records Ltd below for good times in audio & visual from their latest single from Girl On The Run called “Get Out Of My Life.” First impressions on the song remind me instantly of a female-driven sound comparative to Marvellous 3; it has that same huge energy and anthem-style chorus. I wasn’t completely sure what I would be in for during the opening with the lead singer left on her own…sounded maybe a little shaky at the beginning but the moment the music dropped in with her, the confidence in her performance immediately sprang to vibrant life.

Of course…the road for bands like Marvellous 3 was a somewhat treacherous one in the past. Found in the mid 90’s, they borrowed largely from the big-anthem songs of the 1980’s, which this new single from Girl On The Run does as well. Music is a beautifully cyclical beast – and it’s been twenty some-odd years since this sound has been tested fully…perhaps nearly thirty to thirty-five years since the style of the power-anthem experienced true success and dominated the charts. Is it time for a comeback with what Girl On The Run has put together here on “Get Out Of My Life?”

I’d be the last to say it would be impossible; that shift in music and the public’s taste can occur at any given moment. And in my opinion, this is a somewhat timeless sound to begin with. A strong pop-rock verse and bigger chorus, this new single has energy, rhythm and a rad melody; as a child of the 80’s I can appreciate the empowering, upbeat & inspiring feel to the music. Completely catchy – even if it sounds a little dated somewhat the hook is definitely on the contagious-side of melody and you’re bound to have this stuck in your head for weeks and weeks to come.

Video-wise, they’ve put together something sharp for the single…very well-edited and shot & a fun concept to bring out the personality behind the music & lyrics to the onscreen visuals. I mean…I can see some out there accusing them of being a little on the cheesy side as far as the video goes…that’s bound to happen. They just need to ignore the trolls out there and do what they do – they’re clearly having a great time creating the video for “Get Out Of My Life” and it shows completely onscreen as they bring characters of all kinds to life…and it’s SUPPOSED to be quirky and fun!

So loosen up a bit and put down the dictionaries you’ve been pretending to read…take a look at the brand-new video & single from Girl On The Run for “Get Out Of My Life” below!

Tags: Get Out Of My Life Girl On The Run Music Video sleepingbagstudios