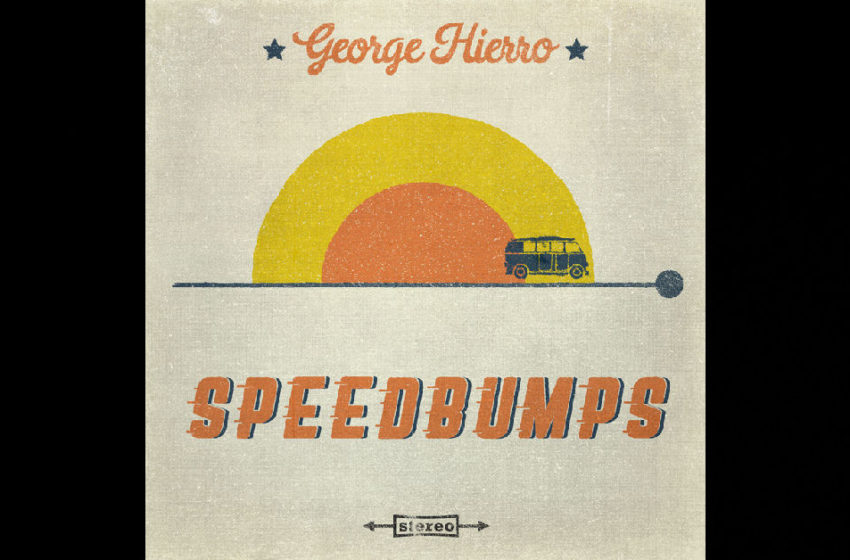 The insatiably smooth sound and striking balance in the harmony of the hybrid style of George Hierro is a genuine reflection of his remarkable passion and the true respect he has for the art of making music.  He grew up playing guitar & piano as a young child; soon after he played in his first Reggae band during the 2000s; and now, with two tours proudly serving his country in Iraq & Afghanistan for the U.S. Marine Corps behind him, George has the opportunity to make the biggest moves of his music-career to-date with the release of his debut EP at long last.  Comprised of six stunning originals all recorded, mixed, and mastered from the comfort of his own studio in his current home-base on the island of Okinawa in Japan – Hierro made the record he’s dreamed of making for years and now it’s here – the Speedbumps EP arrives officially June 12th!

With years of experience entertaining listeners & viewers found all across the globe through live covers of his favorite songs on his YouTube channel, George has already amassed an incredibly loyal fan-base and established his name firmly within the music-scene.  Beyond excited to start and share this next chapter of his career with each & every one of YOU out there, he’s put his heart & soul into the music & making of the Speedbumps EP in a sincere effort to create moments in time that are as thought-provoking & moving as they are catchy & unforgettable.  Through a vibrantly spirited fusion-based sound of his own design, George’s debut EP is loaded with powerfully melodic music & colorful ideas that authentically reflect on everything he’s been through to become the man & artist he now is today.  Blending sweet island vibes into innovative combinations of Reggae, Pop, Rock, Indie, Jazz, Folk, & more – Hierro held nothing back in the immaculate attention to detail and care he’s put into every single song.

From the music to the microphone, the Speedbumps EP fully reveals the X-factor of an insightful and innovative artist that wields his versatility in sound, vivid lyrical imagery, and brilliantly melodic vocals like the true assets they are.  Focused intently on creating tunes that will hold up for the rest of time, the Speedbumps EP is filled with compelling & engaging ideas with execution that is second to none – this moment…this opportunity…it all means everything to George…and that can be heard in his songs.  He’s never once given up on the dream of being a career musician, and now he’s set to turn that dream into reality with the official release of the Speedbumps EP this summer; he’s 100% stoked for you to join him in celebrating the culmination of a lifelong passion…and finding the place where he truly belongs.

Circle the date, mark your calendars – George is taking his entire career to the next-level this year with the release of the Speedbumps EP on June 12th, 2020.  Through a lineup of tunes stocked full of rhythms and grooves, radiantly bold vocals, and a high dose of real songwriter’s craft – George Hierro proves that he’s had exactly what it takes all along – and now he gets the honor of sharing his special gift , with you.

Find out more about George Hierro & be ready for the release of the Speedbumps EP by visiting his pages below!