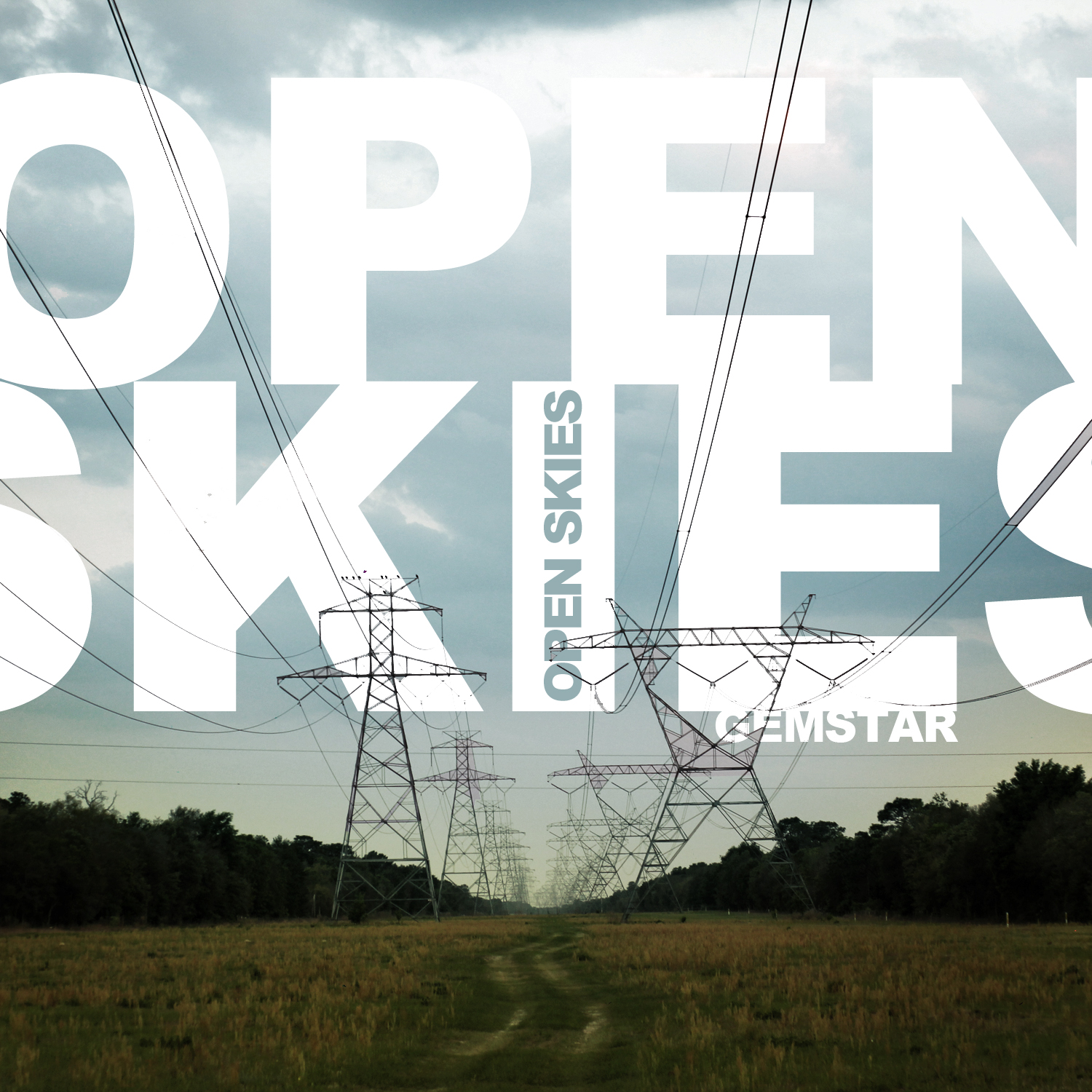 Allow me to beat this horse yet one more time…

You independent artists out there are truly kicking ALL of the ass right now; the mainstream ain’t got nothing on you right now. Bands and artists are strengthening their skills, knowing that the best of the best will succeed in this day and age of accessibility. If you have the skillset, it’s only a matter of time before those talents are recognized by someone out there, and as long as you’re putting yourself out there as much as you can.

You can bet our artist in review, Gemstar, is now included in my growing playlist of independent artists that are writing at the top of their game. He has clearly seen and heard the sheer amount of music that truly is out there; but rather than settle for anything half-assed and risk falling into the sea of anonymity – he’s risen to every challenge, delivering this new album full of energy & excitement, Open Skies.

If you check into Gemstar’s sites and previous work, you’ll find he’s a mixtape master and has been for some time already. When you listen to Open Skies, you can HEAR that amateur hour has long been left behind in Gemstar’s world – this is a seasoned musical veteran at this point. While many rappers might claim to have many different flow styles in their pockets, the harsh reality is that most rely on one or two key flows to get them through the verse of an album’s worth of songs – perhaps the thing I appreciate and like the most about Gemstar is that you can really hear the work he has put into the writing and creating unique rhythms and flows.

The opening track is called “Perfect” for a reason – just listen. But right away, this track sets an extreme bar way up high because in all honesty, Gemstar has done everything RIGHT to set himself apart and stand out among so many others. “Never There” is another incredible example with help from a homie going by the name of Hard Target in an emotionally powerful track that can’t be missed. You combine that track, with the next cut – the absolutely brilliant “Vortex” – and you’ll get what I’m saying regarding Gemstar’s abilities. There’s endless amounts of proof on this record in tracks like “Bars,” “Tell Me,” and “Living In Sin,” to name a few. Each time he steps up, he’s ready to suit the music and make the entire track work as one tight musical unit. He can go wherever he wants to on the mic.

But more importantly, he’ll take you with him.

Each track is inviting and well-assembled, each beat is completely well-produced, mixed and cut ready for Gemstar to do what he does best. At the end of the day, pass or fail, this album rests on his abilities, talent and skill – having the occasional guest-star can’t help hide that the connection with the listeners still resides squarely on his shoulders. It’s a challenge he clearly accepted and took full on, delivering at his maximum ability every time he rips a rhyme…but it certainly never hurts to bring in a homeboy to split a track with when you’ve surrounded yourself with a talented set of studio allies like Gemstar clearly has.

“Push” is a solid reference to much of this subject on the pass Vs. fail aspects of life in a track full of hope and redemption featuring Cryptic Wisdom. You can hear that emotional connection he has to this track…the desperation…the hope…the eventual triumph that we now know as Gemstar nestled right there in our eardrums. And you’ll be thankful he’s pulled you in so closely for this track, as immediately following “Push” is one of the liveliest jams in the set, once again featuring Hard Target – “Wave Your Hands.” I’d have to say – this particular track has hit single written all over it; sparkling playful piano & bass jam with the sweetest of old-school feels.

I’m pretty sure it would have been called “Perfect” had that name not already been taken on the album.
All in all – Gemstar more than proves himself on Open Skies. One would have to assume that title is a reference to the limitless possibilities an artist with a skillset as sharp as this truly has…
Gemstar is much more than potential on a record – this is an artist fully assembled.