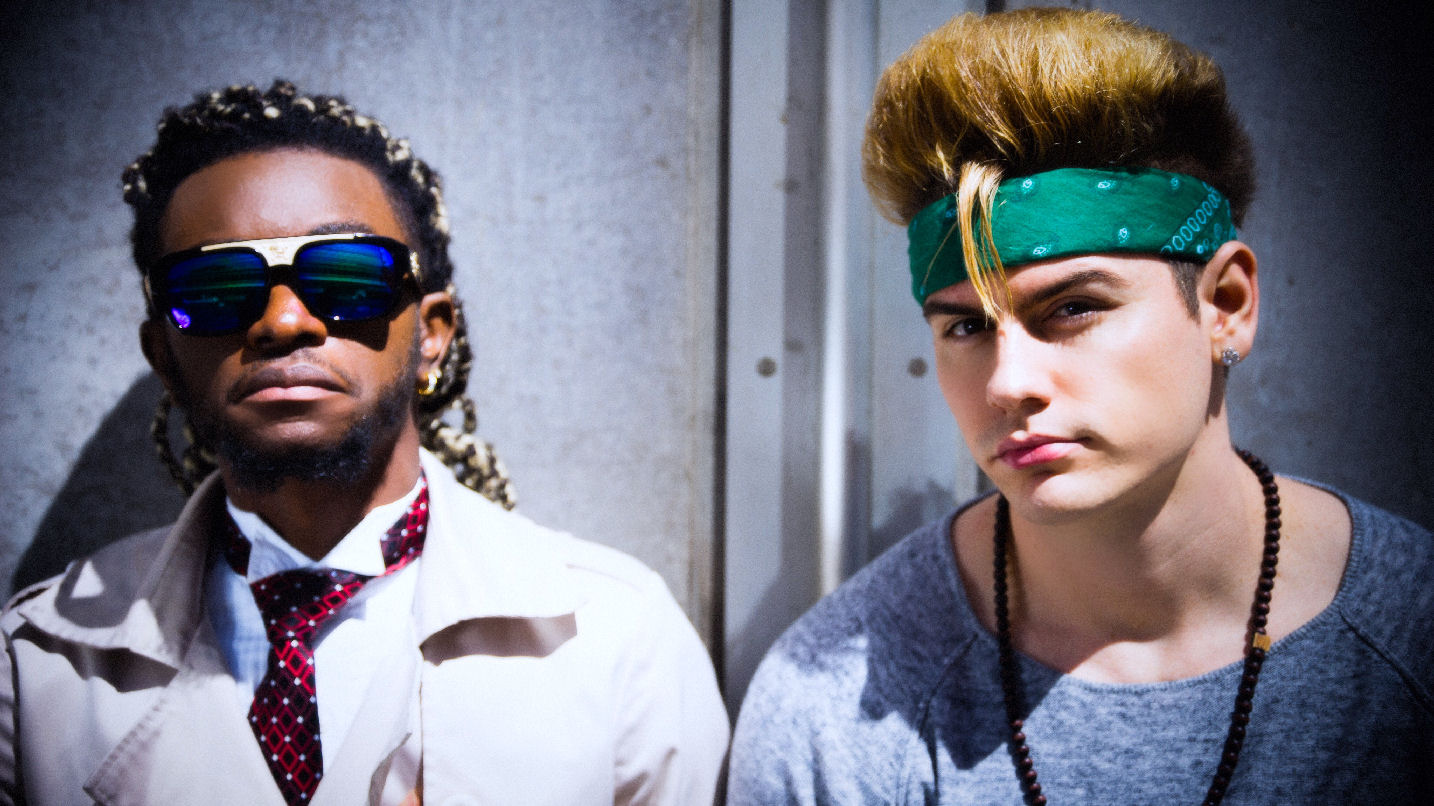 I mean if you really wanna be a ‘baller’ you gotta own your look right?  Gee Kazz gets that…hell, Young Moses gets it too – dude rocks a crazy haircut but he owns it with confidence.  Not like I can say much on that subject anyway, I look like I’m covered in the remnants of your grandparents’ thirty-five year old bearskin rug from up at the cabin.  These guys at least look like they certainly could be ballers…hot cars ridin’ around all over the place, suits & designer gear, talkin’ bout bitches & money…you know, all the classic elements of ‘gangsta-rap’ which after becoming more or less non-existent in today’s music, morphed into the Trap-genre, where you’d find these two emcees.  It’s clear they’re not here to mince words; they’re here to get money…nothing wrong with that when you’re this upfront about it all, feel me?

Besides…Trap has a tough reputation out there right now…many rappers switched up their game to adapt to the new style, resulting in the natural pushback against it and old-schooler’s comin’ out the woodwork to voice their opinions about how ‘that ain’t rap’ etc. and so on.  The new sub-genre responded…got harder, colder & more club than ever before…and of course, as you know, Trap is doing just fine today as a result; now like all music, there will always be someone out there making music in this style from now until the end of time.  It found its validity…those that couldn’t make it happen and be trappin’ correct, fell off quickly – and new-schoolers like Gee Kazz & Young Moses aren’t afraid to get in now while the gettin’s still good…still plenty of money to be made out there & the hustle don’t stop.  These guys get what real Trap is all about…there’s a serious art to doing it right in this style of music as there is in anything else in life – listen to the way that Gee Kazz delivers the lines in the verse and you’ll get a better understanding of what a performance has to have to really be a part of the genre.  You’ve gotta have that snap to the beat & the perfect rhythm and measurement in the space of the bars to keep each syllable poppin’ off the music correct – and that’s where both these guys excel.  The rhythm to the words becomes the most important element in true Trap music – that’s definitely something they’ve got strongly working in their favor over the course of “Ballers Ave.”  From the backing vocals to the main verses from Kazz you get vocals that seriously fit the vibe of this beat – he’s trappin’ for sure and still showing what separates the men from the boys is the ability to keep clarity in the lyrics as he spits them into the mic whereas other trappers out there bury the words to save the rhythm.  Kazz can keep both major elements rolling confident & strong…that’s key.  Trading off the mic to Young Moses, you get a contrasting vibe & flow that works well too – dude’s got good energy on the mic and his verses add another dimension of character, sound and attitude into the mix.  Together, the pull this cut off with all kinds of smart background layers and expertly paced-out vocal rhythms and clever harmonies.

I wouldn’t pretend to be a connoisseur of Trap, but I know what sounds smooth and I can definitely tell when an artist, or artists in this case, are right into the music they make.  You can see both Gee Kazz and Young Moses have passion for what they’re laying down in the message and music they’re making in “Ballers Ave” and look like they’ve been making music vids & smash singles for years and years from the look of the video.  That confidence could carry this duo a long way – I don’t hear any flaws or anything I’d change about “Ballers Ave” from performance to production – these guys do what they do well and represent the new-school solidly; I ain’t hatin.

Find out more about Gee Kazz & Young Moses and get the music direct from the links below!