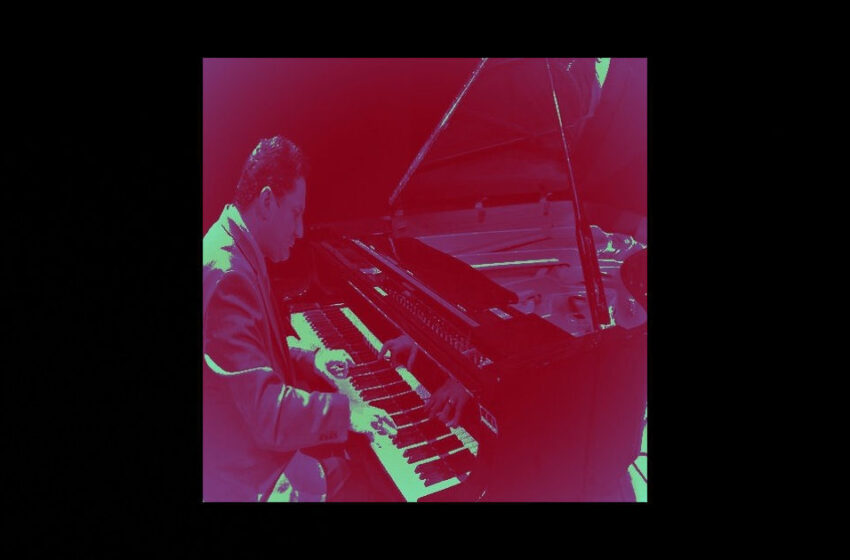 These latest two cuts I happened to peak into by Galliano Sommavilla were definitely among the tougher ones I’ve checked out for sure.  If you tuned in here yesterday, you would have learned all about the somewhat push/pull balance in the structure of “(I Wish You) Godspeed And A Safe Return” – but that the man found himself decent redemption in the second-half as it played.  “The Mysterious Affair” is kinda like the first half of that single from yesterday…and I suppose I kinda feel the same way.

As I explained, it’s nothing I’d turn off.

On the one hand, “The Mysterious Affair” has a more recent date attached to it, being only five months old…and on the other, “(I Wish You) Godspeed And A Safe Return” dates back quite a ways into his catalog, but there are similarities between the vibes to a degree.  Like I’ve pointed out already, “(I Wish You) Godspeed And A Safe Return” found its way to a more lively & inspired spark around a third of the way in…but this newer cut seems to be quite content to rock in the gear that it’s in & change very little.  As an atmospheric & ambient style of cut, “The Mysterious Affair” works well enough…but I ain’t gonna lie, it’s a hard style of music or song to get genuinely excited about when it kinda just does what it does.  The most significant addition you’ll find made to it along the way will be the tiniest infusion of a subtle piano melody – which admittedly, is superb – but even still, it’s about as low-key & mellowed-out to the nth degree…and it’s honestly kind of hard to say whether or not Sommavilla might just have made a tune that’s gonna fade into the background here for most listeners…he might very well have this time.

Production-wise, that’s probably the biggest standout to me when it comes to “The Mysterious Affair” – he’s got an excellent mix happening to bring out each layer in the music itself, to the crashes of thunder.  I dig the warm glow, I dig the curious atmosphere he’s created in general, and ultimately, I really have no substantial complaints when it comes to how it’s played.  Is it the most engaging cut I’ve heard by Galliano Sommavilla to-date?  Well…no…but that’s never going to always be the case anyhow – it’s just what we hope to find, but asking any artist or band to continually outdo the last time you’d heard them is a majorly lofty & tall ask of anyone.  Do I feel like this is missing some kind of spark to it that his music tends to have?  The answer to that is actually yes…yes I do…though only Sommavilla would know what that might actually be & why.  We could theorize by looking at the date and understanding that this would have been a single created during the Covid-era of isolation – and we can certainly acknowledge that it SOUNDS like it…and perhaps that’s what leads “The Mysterious Affair” to its somewhat desolated & shifting moodiness.  The clarity in this moment is fairly mesmerizing when it comes to “The Mysterious Affair,” I’d readily concede that willingly…I did have times spinning through it where I felt like, depending on the goals for where it could go…maybe there’s another space out there that’s more suited to a song like this.  Maybe this is one of those songs that just does belong as part of a soundtrack or complementing some sort of a scene onscreen in a movie; it’s always kind of a cheesy comment to make to instrumental artists because they literally get it ALL the time from folks that wouldn’t know what the heck to say otherwise…but sometimes things just are as they appear.  I could personally sit & listen to “The Mysterious Affair” on a loop, and I have, and I appreciate that there’s a healthy mix of light & dark, despair & hope, laced cleverly throughout this short journey in time – all-in-all, if you’ve got nothing else pressing your mind at the time, you might even slip right into a serenely meditative state while you listen…and heck, that can be a great thing.  I don’t know that it does quite enough to keep the attention of the everyday listener out there, or have enough to keep others coming back – but it does have a very specific rainy-day type pensiveness to it that should lend itself to a mood we all connect to at times…and in those moments, you can seek out a song like “The Mysterious Affair” for a sort of unspoken comfort & solace.  There are definitely positives in here that can’t be denied…sometimes we just have to face the reality that not every ambient-based tune is going to be one that makes us wanna climb up to the rooftops & shout-out to the heavens about…sometimes they’re just a moment in time that contributes to the soundtrack of our lives – and if you think there isn’t value in that…think again.

Listen to more music by Galliano Sommavilla at his official page at Bandcamp here:  https://gallianosommavilla.bandcamp.com