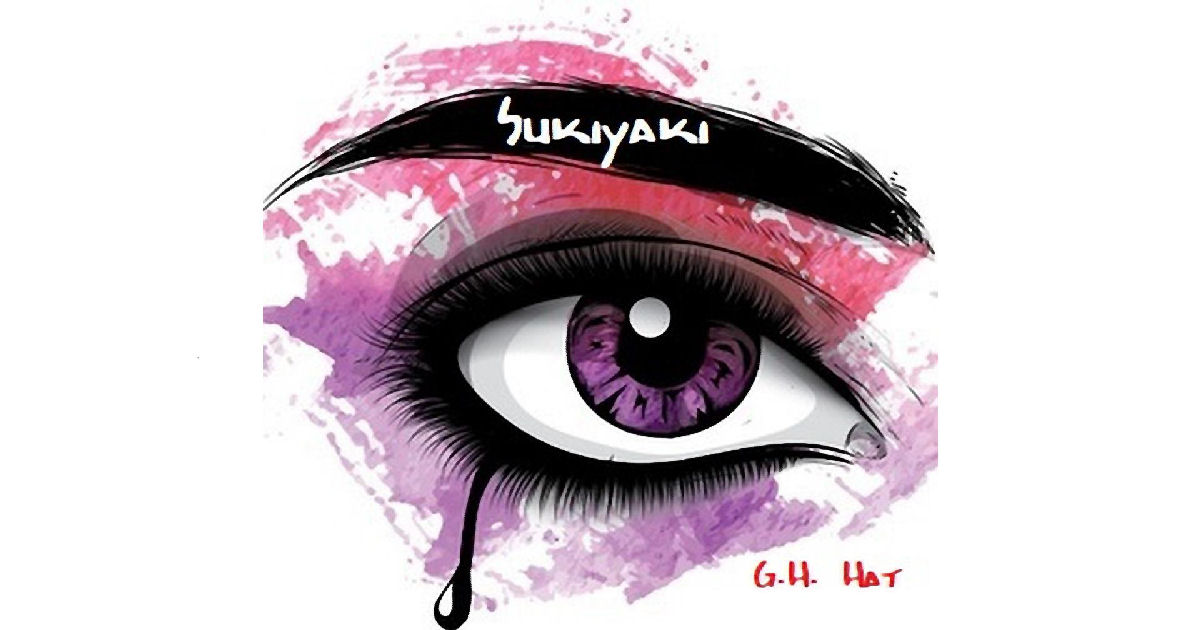 “Lodi Dodi, we likes to party, we don’t cause trouble, we don’t bother nobody…”

If there’s one thing beyond the actual listening to new music that I love, it’s when the experience leads to me learning something.  The history of music is so expansive at this point, that at any given moment, an EP or an album can land in my inbox with a cover song on it…and I’ve learned you’ve gotta be sharp – those same bands & artists don’t always tell you that this is even the case, leaving us to figure out where a song came from, and that can often even result in the assumption that everything is all original.  With there being so many songs out there to choose from and limitless possibilities for what a cover could sound like, even those on their best game when it comes to writing reviews would be bound to miss something at some point…we simply cannot possibly know every song that’s ever been written.

Of course, I like to try.  As much as I’ll read the information sent over to me, there’s still a process…and that’s always music first.  If there’s a cover, I want to try to find it with my own two ears rather than quickly reading the answer…don’t get me wrong promoters – I WANT the information too and I’ll get to it – but at first, I like the challenge of trying to discern all of what I’m listening to on my own.  When I put on the new G.H. Hat EP, I instantly recognized the melody and sound of the song and new it was a cover.  And for a brief moment, I was super proud of myself – ‘that’s a pretty cool idea’ I thought to myself, ‘I don’t know that I’ve heard a song based on a hook from a Snoop Dogg song before…’

I don’t really know if I even finished that thought in my mind before I realized how…hmmm…I suppose how absurd that idea would really be…or at least how unlikely that would be the case for anyone.  Don’t get me wrong, I love me some Snoop – but I almost immediately recognized the fact that, if this was a full-on EP from G.H. Hat…and only used as a short hook in Snoop’s “Lodi Dodi” – the odds had to be that there was in fact, a full song out there that this had to be a cover.  And then yes, of course, after working every hamster on the wheels in my brain into submission, I realized all the information I was trying to process was right there in front of me along with the new record and that this was indeed a cover song – and no, not by Snoop Dogg, as I’d finally started to suspect.  The reason why I bring it up at all though, is to make the point that, even in the tiny hook that’s added to “Lodi Dodi” and the changes that were made to the words, the melody that comes through goes straight to the heart & immediately connects.  It was a powerful moment in that song…a memorable one…obviously to the point where by the time I finally heard it again here from G.H. Hat, I just assumed it was a cover of that early cut from Snoop.

As it turns out – “Sukiyaki” actually has quite the incredible history and in its original Japanese form by Kyu Sakamoto, this melody still hits home just as hard…it’s a seriously timeless song with a comforting & welcoming sound that, if not by name, you’ll certainly recognize by listening to.  What makes it even more interesting beyond it being a great song that traces all the way back to 1961 when it was originally released – and from there it would go on to be released in the US as well, eventually reaching the number-one spot on the Billboard charts.  It remains to this day, the only Japanese song to have crossed over to the North American mainstream and reach such heights on the coveted music-list at Billboard.  So there you have it…if I learn something, you learn something too – but c’mon, this is awesome right?  I found it absolutely fascinating to listen to the original…it revealed just how strong the magic of this song has been and always will be.  I learned through G.H. Hat that I can’t get enough of this song in any form.

Here in what I’d imagine is the most modernized treatment of the original song, I could only crack a smile in honor of Sakamoto’s songwriting…he died in 1985 long ago, but somewhere up there, he’d be smiling too…I can only imagine how proud & happy he’d be to know that his song has lived on and thrived throughout the years, continuing to be extremely relevant and captivating today, as illustrated by this lively recreation in the EDM style of G.H. Hat & featured vocalist Alina Renae on the Sukiyaki EP.

VIBRANT stuff from G.H. Hat in the electro music on “Sukiyaki” – and above all things, remarkably respectful of the original, even in this indisputably different atmosphere & modernized sound…what’s great about this cut is that as much of a cover as it may be, it is still definitely a part of G.H.’s own colorful style.  It definitely speaks to his understanding of music and how to adapt…there’s no question about the update on the “Sukiyaki” sound – it’s massively different, but undeniably faithful; structured perfectly to bring out the essence of the melody and give it a fresh perspective that works for right NOW.  As much as the original melody always finds a way to soothe the heart & soul – in this new form from G.H. & Alina, they still completely provide the key emotions that drive the song, but also bring the party with them…essentially turning tragedy into triumph and adding another dimension to the meaning behind the words.  Almost as if it’s a comment on how to respond to the heartbreaking imagery and longing of the lyrics…as in, you could cry, but you could also break-free from those emotions and dance.  Or run.  Or laugh.  Do something you’d never think you’d ever do.  Go left instead of right for once.  To me, the bright & uplifting instrumental sections in the music after Alina’s verses seemed to represent these kind of powerful emotions, providing an excellent contrast that adds to the original idea.  And as far as Alina goes…good lord…where do I even start?  She’s SPECTACULAR.  Absolutely impressed by just how much beautiful tone she can squeeze into a single note…her technique is flawless, her delivery of the emotion attached to the words & melody is just as incredible.  She sings with confidence and has an exceptionally gorgeous sound to her vocals…I completely think she nailed this – they both have; they’ve achieved the objective of making us fall in love with a great song all over again and really appreciate what they’re bringing to it now in their own version.  You can’t ask for much more than that.

I love the tongue-in-cheek brackets of the entire Electro genre.  Half of them will include (the craziest name for a remix you’ve ever read) and the other half are usually designed (to throw you off) – so to hear that the “Sukiyaki (Not So Chill Version)” was in fact, more chill than their original cover, also made me crack a huge smile.  I mean…there’s potentially an argument to be made for a slightly faster electro-rhythm at work…but it’s still intensely minimalist in style overall, and the vocals are still moving at their original pace…SO…whether it’s ’Not So Chill’ or chill enough – I’ll leave that up to you.  There’s an argument to be made both for and against that being the case, but I’d imagine both sides would agree that the song overall, works great.  It’s a much more artistic & spread-out approach that feels & sounds looser in its vibe, but again, as I’ve already noted here in this review – you just can’t beat how the melody of Sakamoto’s original can translate from atmosphere to atmosphere…it still comes through shining brilliantly.  Hooks-wise, it falls more on G.H. Hat to deliver on the “Sukiyaki (Not So Chill Version)” – much of the accessibility for the masses on this EP will lead them to the original cover – but from a production of sound & creativity point of view, many out there will find this equally satisfying.  If anything…not gonna lie to ya…I could have used about another five-minutes worth of the final thirty seconds or so!  G.H. Hat kept this controlled…once he makes that final transition in sound at the very end of the “Sukiyaki (Not So Chill Version)” you’ll be surprised he didn’t get tempted to take it for an eight-minute extended-remix ride…I don’t think I could have resisted.  Absolutely killer final twist on this second cut from the record…highly noticeable and something I looked forward to each time I listened.

The final version on the EP is the “Sukiyaki (Instrumental Version)” – which ends up being equally cool, with the guitars fully replacing the vocals and still completely supplying the melody of the original flow spot-on.  You can absolutely hear every word in your head…the guitar notes are right on the money the entire time, the tone is incredible; it’s audibly like you’re literally hearing the original lyrics, yet all instrumental.  It’s a testament to precision musicianship…I honestly loved this.  The electro atmosphere from G.H. Hat is always on-point, and by this point that’s almost a given considering what we’ve checked out & listened to from this artist in the past as well…but in combination with that guitar being such a perfect match for the original vocal melody, this ‘Instrumental Version’ does an insightful and incredible job of staying unbelievably faithful to Sakamoto’s creation.

All-in-all…this entire EP is a complete joy to listen to, flows perfectly, and over the course of the three versions, G.H. Hat supplies a structure that continually adds to the overall experience.  As in, it might be the same song served up three ways, but you won’t feel yourself getting tired of this whatsoever…there’s no wear & tear on the EP and it’ll hold up over time, because each of the three cuts really do have their own personality, sound, style, and perspective on the original Sakamoto hit.  Like I was saying…I personally can’t get enough of this song and I’m STOKED to have it back in my life in such impressive new forms like these three cuts turned out as.  Alina is more than fantastic and puts on an incredible performance when it comes to the vocals, electro is as tight as you’d expect from the reliable beatmaker that G.H. Hat is…this whole collaboration worked out extremely well.  Pulling the right song from the past and recreating it in a memorable way of your own can often be one of the best moves you can make to get your music out there and bring the people into the rest of what you’re all about – I can’t help but think that G.H. Hat & Alina Renae have made an extremely smart choice here with what they’ve done on the Sukiyaki EP.  It shines a brilliant light on both of them as artists and in collaboration with each other through a timeless melody that we all know & love…they nailed this 100%.

Find out more about Alina Renae at her official page at Facebook:  https://www.facebook.com/AlinaRenae/