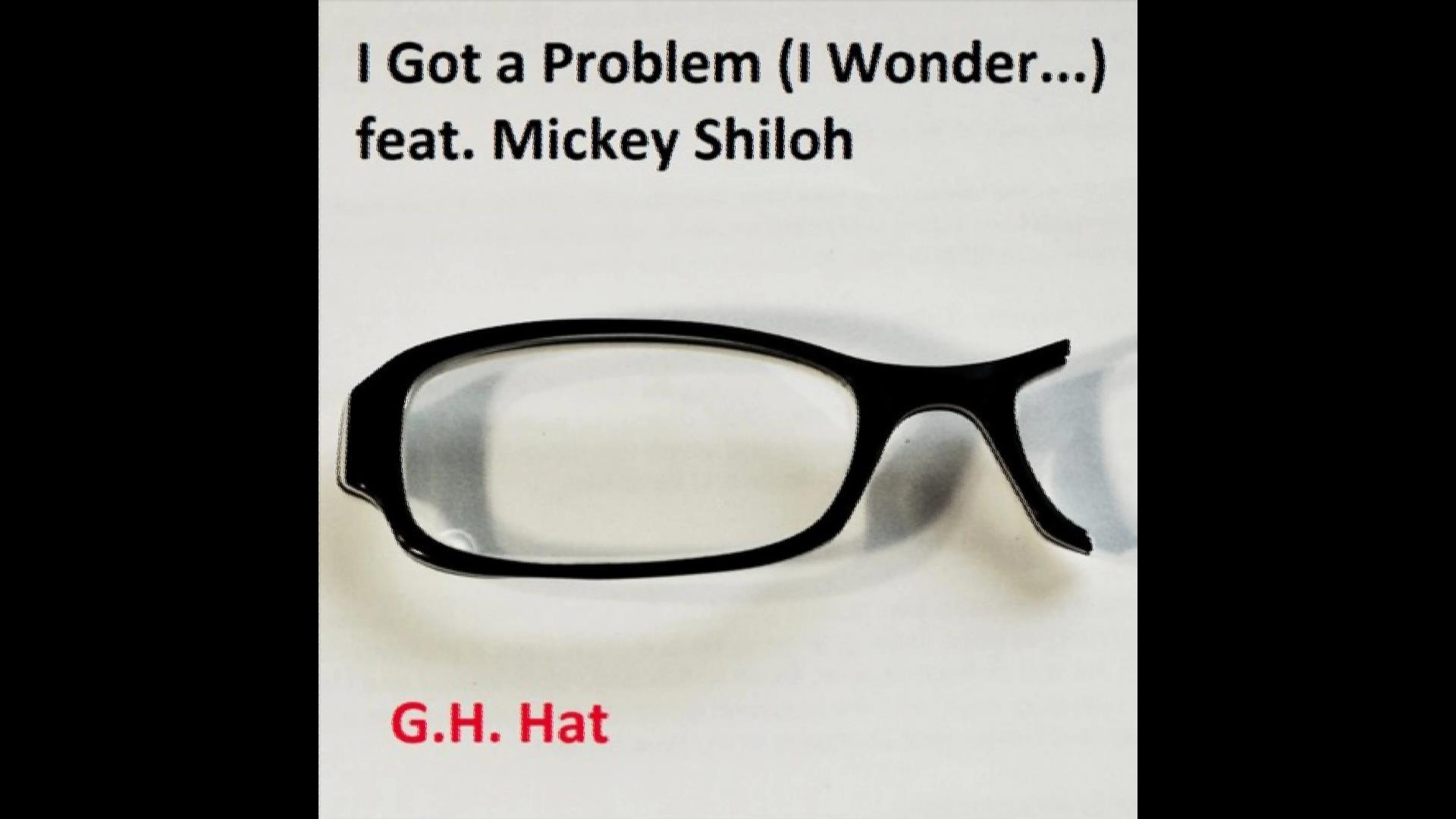 If there’s one thing my ears appreciate these days, it’s when they hear something fresh.  Whether that’s through the energy, ideas or an all-new sound…any of those three elements are more than acceptable – I just want music that feels, moves or plays like it’s something I’ve never experienced.

The new single, “I Got A Problem (I Wonder…),” from electro-wizard G.H. Hat has that freshness I was seeking out in the music – and even if it didn’t, the additional vocals added from feature artist Mickey Shiloh would have been more than enough to fill in the blanks.  That being said, what I’m loving about this collaboration is that there aren’t any dead-spots or lack of entertainment when it comes to their new tune – this is vibrant, dynamic and subtly-intense while still keeping the beat moving quickly as a heartbeat after a full-on sprint.  The results are seriously engaging and compelling to listen to.

Musically, G.H. Hat is killin’ it and crushin’ it with a wildly imaginative & exciting electro-style, and an overall idea for the sound that’s just as cohesive as it is diverse in the full-scope of what we hear.  The music is expertly produced and really well put together…it’s impressive stuff to hear; the textured sounds of “I Got A Problem (I Wonder…)” are vivid enough to reach out and touch.  I not only highly appreciate the care, effort and precision that each and every sound placed into the song clearly has…but I also completely dig just how perfectly everything is sitting in the mix here.  Whether it’s the vocals or the electro-elements added into the atmosphere along the way, you can hear it all crystal-clearly, which leads to a unique a stunning cut that delivers from the lefts & rights of your system with really big & bold sound.  If you wanna test these theories on your own time, you’re certainly welcome to – G.H. Hat has released the official single for “I Got A Problem (I Wonder…)” with an additional instrumental and remixed version included with the original, so if you want to check out the incredible way the music moves on its own, you can do that too.  It’s a rad track in any of its forms; you can’t lose with any choice.

All that being said, there are two versions of this cut featuring an electrifying performance from singer Mickey Shiloh…and you don’t wanna miss out on those!  She does a wicked job, she sings with real tone and energy that matches the music…a bit of added production & mixing involved and voila – you got yourself what becomes a highly effective, extra instrument in the main melody.  When I say electrifying, I mean it – the edge of the effects on her vocals makes Mickey sound like a virtual part of the electro-music on “I Got A Problem (I Wonder…).”

But wait – there’s more!  Lyrically…I think this cut has quite a bit to offer – but it’s because of the combination with the contrast provided in the music that it seems to have all come out with added depth, perhaps even beyond intention.  Let me explain what I mean…

On the surface, you’ve got lyricism that deals largely with relationships and questioning the strength in love…you’ll hear that easily through the lines written into the words as they flow.  But when you combine the frantic, scattered-intensity of Mickey’s performance along with the glitched, quirky-nature of the music…and you add in the title, “I Got A Problem (I Wonder…)” – well…doesn’t that start to make you wonder a bit?  At first when I listened, I noticed the power, emotion and energy to the delivery…but as I started to dig into the words and how this one all came out…I started to come to the conclusion that maybe the main character of this story actually DOES have a problem.  After a few listens through…I was getting the impression that maybe much of what the perceived issues are in this relationship struggle, could all be internal…could be a sign of their own instability & insecurity in the scenario.  That frantic pace to the entire song could very well be interpreted as the combined craziness that exists between the head & the heart…like scattered thoughts, feelings and emotions furiously bubbling to the surface of our minds.  Ultimately, I don’t think that’s probably the case overall…I think the song is meant to be more straightforward than that and really says what it’s trying to say straight-up…but isn’t it interesting what a difference a twist in the performances or music can make to the potential meaning in the lyrics?  I think it is.  Whether it was intentional or not, the end result is completely interesting on several levels and you’re bound to dig at least one, if not all of them.

“I Got A Problem (I Wonder…) [Chill As It Gets Version]” on the three-song single of this cut…is…well…I suppose it might actually be as ‘chill as it gets’ – which admittedly, isn’t much more chilled than its original lol.  That’s facts.  G.H. Hat and Mickey Shiloh might wanna try to argue that point, but that’s the real…there are slightly less ingredients on this version and it might be a tiny bit more spread-out in sound as a result…but for the most part, it’s still the same great tune and more of what you already love.  Ain’t nothing wrong with that as far as I’m concerned…listened to this cut a ton and it holds-up strong in every one of its versions…because it IS fresh and insightfully vibrant in its approach, sound & style.

Find the full three-song set of the new G.H. Hat single “I Got A Problem (I Wonder…)” at Spotify direct:  https://open.spotify.com/album/5o24nZR9OLORztxeSGf1Fs

Tags: G.H. Hat I Got A Problem Mickey Shiloh Singles