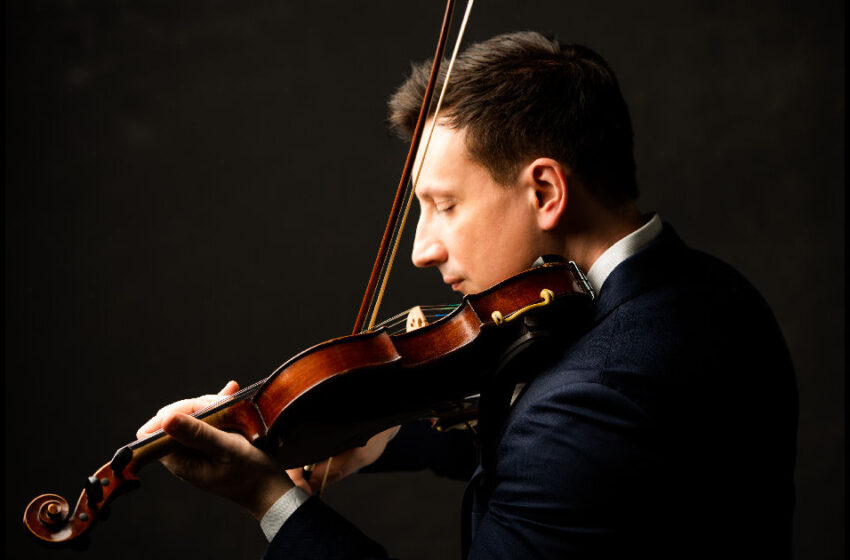 It’s been nearly a year since we last had artist Fransoafran posted up on our pages and I’m always happy to change that to a much more current date, anytime this guy wants to show up.  Even though my own experience with his music is fairly limited, I can safely say that each time I’ve had the opportunity to listen and check out what this incredible musician creates, I have been absolutely astounded by what we’ve discovered.  In 2020, he genuinely wowed us with the noteworthy performance he put into his single “Tyrian Dance” – and from what I can tell online, he’s been keeping pretty darn busy throughout the time in between then & now.  Looks like he’s put out at least a modest handful of brand-new tunes over the course of last year, and he’s already started this year off on all the right notes with two new single releases as well…his innovative take on “The Sound Of Silence,” and his latest extraordinary cut, “Waiting For You” that we’ve got posted up here on our pages today.  Incidentally – for those of you out there like myself that pretty much rolled their eyes straight into the back of their heads permanently through the entirely melodramatic version of “The Sound Of Silence” by Disturbed, and have been craving ANY kind of other version of the Simon & Garfunkel classic to help that memory somehow fade from your mind – trust me when I say, Fransoafran’s quick & creative variation of this massive hit was so much more satisfying than anything Disturbed has ever done, or ever will do.  #notjustmyopinion #facts 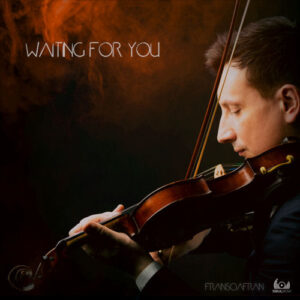 Anyhow.  That’s a story for another time.  There’s more than one reason you’ll find the ‘Soulbow’ logo attached to what Fransoafran does; sure it’s clever branding that works, but it’s also a 100% accurate as a description of what this man is capable of creating.  Through his bow, you hear his soul – you feel me?  It’s nearly as guaranteed as a mathematical equation, but so much more enthralling & outright exciting – even when this artist is in more of a chilled-out gear like he’ll display through his crystalline energy & instrumentation on “Waiting For You,” Fransoafran is an artist you couldn’t possibly take your eyes & ears off of when he plays.  For this particular single, he’s even going improv for ya, just letting the natural vibes of his violin carry him where they may…and let me tell ya folks, he’s as dazzling, sincere, and passionate as ever…perhaps even more so-with the added freedom that comes along with the avant-garde & world of expressionist sound.  As authentically skillful as he is spectacular to listen to – “Waiting For You” is a fantastic example of how Fransoafran connects deep to the roots of a melody, and brings what he finds to the surface shining for the rest of us to hear the world through his own unique & beautiful perspective.  From his stunning technique to the exquisite tone of his instrument, “Waiting For You” is enchanting, captivating, mesmerizing…all these things and so much more, truly – you can hear the magic in the way this guy plays the violin, and you can see it right there onscreen in the video supporting his latest single, which features Fransoafran right there in the studio playing it live.  For real y’all…from his professional stance, to the way he’ll open & close his eyes as he plays & feels the notes of the melody in his violin spring to life through his bow, to the delightful mix of genuine passion & focus you can see in him as he performs – Fransoafran is as breathtaking to watch as he is to listen to.

Improvisation in general, is one of the most underrated & wonderful aspects of our musical realm as a whole.  Think of it this way – especially when you’re watching “Waiting For You” – it’s just as much of an unfiltered style of playing music as you can possible experience.  As in, what’s IN you, is truly what will come OUT of you – and there’s no possible way to fake true authenticity like that.  Especially not when you can see the magic happen right in front of your eyes like you will in the video for “Waiting For You” – you can visually SEE the moment take hold of Fransoafran every bit as much as you can hear it.  Ever the professional, he glides gracefully with his bow as he plays, and through his performance, you can see that incredible bond between the musician & his instrument that runs deeper than the best of friendships we’ve ever known – and in turn, they respond to each other.  The music reacts to Fransoafran, and vice-versa – they inspire each other; the instrument and the artist have a unique relationship that only the most dedicated & committed among us to the art, would ever even begin to fully understand, but we can all appreciate its magnificent power as listeners, 100%.

Find “Waiting For You” and more music by Fransoafran at this fantastically handy multi-link right here:  https://distrokid.com/hyperfollow/fransoafran/waiting-for-you