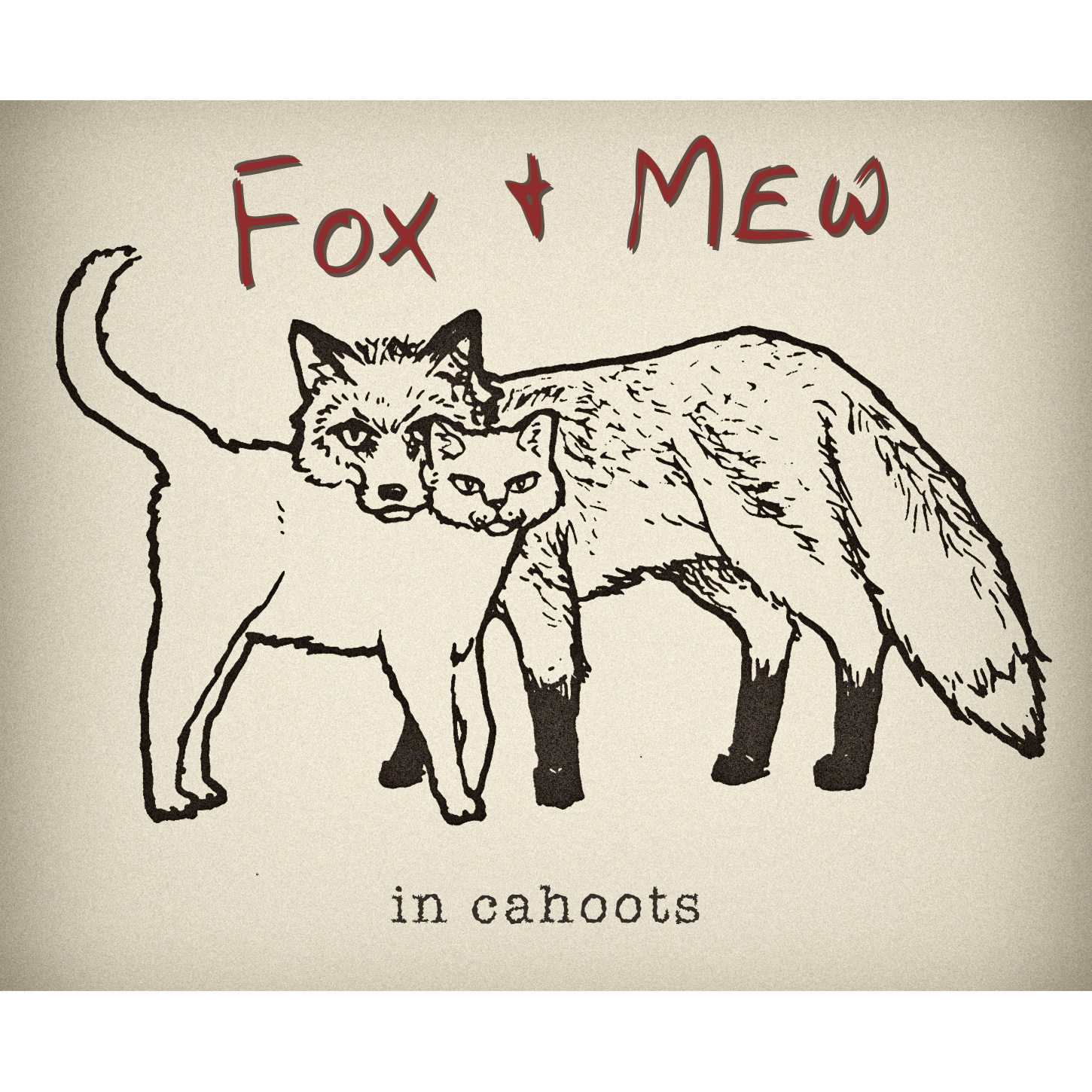 Now here’s something I don’t hear every day!

And any time that’s the case…you know I’m all ears. Welcome to this fresh little EP from Fox And Mew called In Cahoots, with a musical sound based on some truly old-school funk infused with a modern-day R&B twist through the creative vocals. All in all, it’s a collaboration of sounds that works very effectively; Fox And Mew have played it very smart here with a tight set of five songs guaranteed to get some rumps bumpin’ this summer.

So….for me….it started by clicking on the track “PMP,” and here’s where it gets a little bizarre for me…

I had talked with reps for Fox And Mew briefly over the net – I was entirely impressed with just how intelligent and genuine these first communications were. If I had seen the lyrics of “PMP” on paper first without the music or the vocals…I’m not sure I would have even known what I was in for… Easiest way to explain it I suppose, would be to simply say I wasn’t expecting a pimp to be the subject of one or possibly any of these tracks – but I’m certainly not suggesting they’re devoid of intelligence. “PMP” is every bit of proof you’ll need to know right from the beginning that Fox And Mew are thinking crystal-clearly when it comes to their sound as well as their songwriting. This track literally bounces along with a pimp-like strut, full-mink coat & jerry-curls included; juxtaposed against a track that encourages women to take the power back.

After, I drifted hazily along with them into the R&B-meets-slow-funk track “Yin Yang” which absolutely is a highlight on the vocals, guitars and certainly drums on this cut. The trading vocals between female vocal parts work well and lyrically this track is a knock-out of heart-wrenching emotion. Very smooth vocal flow here in this track, they move fluidly like water over music that sounds so minimal from a distance, yet examined up close is absolutely kicking a TON of ass back there on every instrument. Whether these are samples, or fully-played beats…honestly, you won’t be sure…but from a listening perspective and production-wise, it all sounds incredibly real and full…almost like it’s happening right there live on stage in front of you.

How bizarre to glean that feeling from their music and slip into the track “Dark Night,” which absolutely stands out visually through the music – you can see the party this song would create in a live setting. Vocally, she absolutely steps up here, bursting vibrantly on challenging parts while once again, the band is just killing the track in the background with horns and drums making this track have that old-school block-party feel.

There’s a dramatic musical shift as I come across the wickedly-titled “F. Hew.” I was told once after recording a track that included an expletive of some-sort…that a listener’s reaction to those particular words can often be an uncomfortable one…and that if I was to use one of these fine adjectives, that it needed to be NECESSARY…it needed to be MEANT.

Ok ok ok….so now let me tell you how awesome it is when Fox And Mew let loose a “FUCK YOU” in the song “F. Hew…” cause it SO totally is and it is sung with a startling conviction. Against this chilled-out beat as they change up the style here and slow it down a bit, you almost get the feeling that this was a message pointed, and truly designed for someone out there specifically to hear… And man, whoever that was…you CLEARLY done some wrong brother…

“Just call me the hammer, cause I nail it, nail it, NAIL IT everywhere that I go…” they sing on the last track of my experience with Fox And Mew on In Cahoots, “Hammer.” In this return to enthusiastic, catchy-funk – they sing & play with a confidence to justify these bold lyrics. This song brings the party right back to the EP in this final twist, making In Cahoots have an impression that lasts.

As I mentioned from the get-go…this crew are writing in creative ways that really highlight their strengths individually, as well as a full-act. Fox And Mew demonstrate through these five songs that they’re more than ready for that next full album to come with an EP that shows limitless energy.