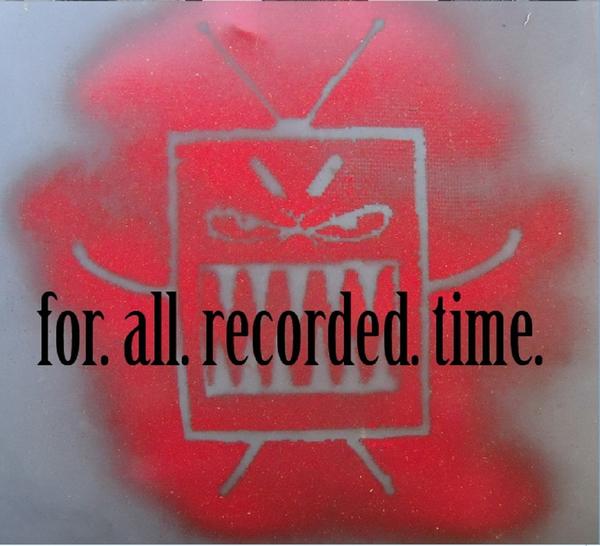 For All Recorded Time – for. all. recorded. time. – EP Review

Interesting progression of music at the homepage today…I’ve got the volume right up people – I’m LISTENING over here and gettin’ it DONE out in the independent scene today! Still with me? From modern-day Mongolian music, to folk-rock, to rap-rock – we’ve already pretty much covered a large portion of the map already…so I figure let’s complete the circuit and end today off review-wise with some unapologetic, full-on ROCK – period.

You’ll hear the influence of alternative bands like Alice In Chains throughout the harmonies…maybe a little bit of Finger Eleven, Puddle Of Mudd, Staind, Cold through the music itself…these types of angst-driven songs mired in the dirt & dark corners of our existence. What impressed me in the opening of the self-titled EP was that For All Recorded Time seemed to manage a way to bring like, all of those influences on their sound into one massive combination that pretty much includes them all at different points through the dynamics in the music of “Lifetime.” Big song off the drop with a massive set of hooks…you can hear the fire and determination straight away in For All Recorded Time…it’s admirable.

“Walls” takes you into an old-school Metallica-type feeling throughout the opening subtle guitar rhythms and vocals. Thankfully for a guy like me, one real Metallica-hatin-motherfucker type-guy that I am – the chorus packs a switch in the sound to something more palatable for me. I wasn’t sure if completely dug on the way that the harmonies lined up but I dig the tones, flow and parts themselves. If I was any kind of helpful I’d have a suggestion here on what to do about it…I just think they need to ignore me on that one and do what they do…I can hear that working for a lot of listeners despite my own set of ears and their need for perfect symmetry. “Walls” also reveals some intense instrumentation from For All Recorded Time and some supreme guitar work through badass solos.

The mix on “Beg For Death” is perfect for this low-slung, down & dirty vibe. More inventive guitar parts and extreme solos on a track that rumbles along from moment on and continues to grind hard throughout; almost a little towards the Ozzy Osbourne kind of sound in many ways with super-charged and challenging parts in the chorus taking them to the threshold of their abilities but not surpassed. From a strictly musician’s standpoint…”Beg For Death” sounds like it would be fun as all-hell to play live.

Whatever is in the background of the music opening up “Last Man Standing” is awesome! I mean…I don’t know if I should accuse this tight-knit three-piece of synthesizer…it could be guitar through an effect too… Too close to call and I’m not here to be the guy saying there’s a synth in this song if there’s not…but I can tell ya that the sound totally rules. As For All Recorded Time continues through “Last Man Standing” sound comes cleverly through the lefts and rights with guitars stopping, starting all the while the rhythm section of bassist David Wendt & drums of Ian Yale keep this track ticking along like clockwork. With a sharp-nod towards old-school metal at the end, they blast out of “Last Man Standing” and into another heavy grind in “Away.”

I don’t feel like the musicianship degrades in any way over these final two songs, but I do feel like the hooks in the vocal-flows became a harder sell in “Away” and “Execution.” Super-impressed with the guitars of Shawn Duffey on this EP…they’re meaty enough to chew on each and every song. Drums and bass are always competently in line with each other and always give that room and space for the guitars to do their thang in full note-shredding glory. “Away” strikes me as the song that the hard-core fans of the band will like but might fade out quickly for the rest; while the guitar hook is clever and inventive…much of the rest of “Away” is somewhat of a standard rock-tune before it finds its way to the breakdown. Needling away at the strings and dialing back the volume was a perfect way to bring this song into doing something new with itself and bust it out of its murk before launching the volume knob back to the rafters in the explosive ending for “Away.”

The final cut “Execution” is such a puzzler for me personally. On one hand, I’ve got some of my favourite guitars coming out on an EP that’s already had a ton…I love the switch into the wide-open feel of the chorus through the vocals…the guitar solos are great once again… I think it’s the verse that’s got me scratching my head again, which is weird…because I KNOW this song works…I can literally picture the FLOOD of panty-soaked cougars hitting the floor for this one while the metal-heads and hard-rock fans open up the pit in front of the stage for a serious mosh. I want to say in a sense it sounds easy for them…but maybe it’s just pulled off to a rock-hard perfection? The verse seems to flow incredibly logically…easy was probably the wrong word to use…it definitely sounds like it would take a serious lung-capacity to get through much of this song. Truly…there’s not a whole lot to complain about here, or anywhere on the new recordings of For All Recorded Time for that matter; this is rock that ROCKS – I can dig that.

Find out more from their official page at: http://www.forallrecordedtime.com