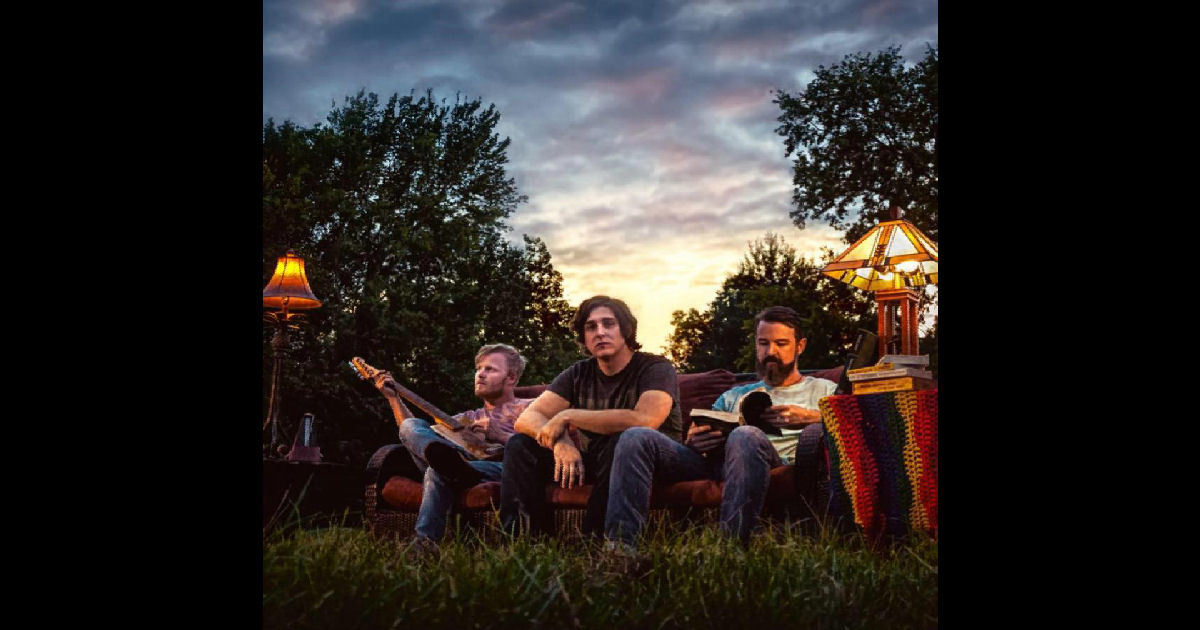 I was listening to tracks from the latest album from Field Of Bronze out of Houston, TX and was impressed immediately by the combination of sound I heard in a song called “Nature Vs. Time.”  My normal routine for checking out pages and social media is always something that happens while I’m listening – but where I end up looking is also dictated largely by the music I’m listening to.  While I was absorbing my first experience with “Nature Vs. Time,” I really got into the melodic rock sound of Field Of Bronze quickly…so quickly in fact, that I figured they had to be inspired by many of the same bands I’ve loved my entire life growing up.  Now truthfully – I like to use my own descriptions and comparisons whenever possible of course, otherwise writing anything would just be copying & pasting – but while I was confirming where the band came from, their list of influences on social media caught my eye.  And with the exception of Nirvana as far as “Nature Vs. Time” was concerned, the other listed names included Weezer, The Beatles, Roy Orbison and Elliot Smith.  It blew me away to read them all there like that at that moment…because what I was hearing in their music was like a perfect dead-ringer for what I’d imagine a combination of all those sounds together would truly BE like.  Secondly – that’s awesome.

They put together a pretty damn rad album overall really – I toured through its entirety a bunch of times, even though I’m here to talk about certain songs in review…I was really captivated by the artistic approach this band has to its rock sound.  A lot of it is really low-key, melodic stuff, that has just as much of that isolated vibe from early Radiohead records as it does consistently play on that wild attitude & playful spirit that has made bands like Weezer such a complete joy to listen to year after year.  Strong mid-section to the record though…really ambitious tunes like “Name Of Album” and “Secret Song” would put just as many highlights and accolades on the page in support of their sound & style as far as my ears are concerned.  There’s an audible level of depth that you can hear in the music of Field Of Bronze that is built of character, imagination and ideas that truly last…excellent things brewing here.  Memorable melodies and powerful material that speaks for itself colorfully in many directions, from the earnest & humble sound of a song like “Charles Austin” to the inspired way that Field Of Bronze bridges that gap between what’s old & what’s new with a song like “Outer Space” at the end of their God Bless You, And Goodnight record; LISTEN to the amount of good ol’ Roy’s influence you can hear in this tune!

Alright…I’m jumping around a lot…I’m heading back to the awesomeness you’ll find in the opening track from their 2012 record God Bless You, And Goodnight called “Pretty Girls From Conroe, TX” and I’ll move on to some new stuff they’ve got in the works for a minute or two…grab a coffee & settle in, cause there’s still more I want to say, dear readers, dear friends.  LOVED the way this album opens up…singer/guitarist Josh Pitt has several moments in this one that remind me of bands I also love like PaloAlto and Keane…both of course, who would have also listed The Beatles in their own influences.  Brilliant atmosphere in the mix with the rain in the background, before it kicks into clarity and a more electrified sound…there’s real magic in the air surrounding every second of this tune that really hints at the potential for art-rock that exists & thrives on the album to follow.  “Pretty Girls From Conroe, TX” is an exceptional opening statement of sorts…you can hear the attention to the solid detail in the lyricism, the theatrical & dramatic nature of the vocal flow, and clever loud/quiet dynamics of the music, writing and structure working in their favor.  The fact that it leads into the attention & ear-catching melodies of “Nature Vs. Time” just makes it that much sweeter – they expand their sound quickly on God Bless You, And Goodnight and quickly pull you into the captivating charm you’ll find in the music of Field Of Bronze.

Alright…so…they’ve had nearly six years to promote the music from that last album and think about those next tunes…let’s face it, they’ve been away for a while.  Even though I haven’t known about them that long myself, I can attest to the fact that I’m stoked to know they’re out there and getting new material ready – I’m always in support of a fresh approach and perspective that music needs to fill an existing hole in the scene.  There are still art-rock projects out there…you could argue bands like Ours or Band Of Horses fit into the category and are still doing well enough…but I think there’s a lot more room out there and still a ton of potential for Field Of Bronze to be the band that could thrive in that space.

Especially after checking out a live clip from their new stuff!  There really is a boatload of talent in this band and each of the three players truly holds their own, creating one memorable entity of thought-provoking rock that brings the atmosphere to their music and sends it out to the crowd from the stage.  I can give them a hard time about six years away all I like…but at the end of the day, it’s all in jest – the facts speak for themselves…it does take time to create versatile songs like Field Of Bronze write and if this is the quality of the caliber of tunes that they’ve been writing behind the scenes, it’ll be worth the waiting.  “Antidote” was the live cut I got to check out…really impressed by the way these guys play and certainly the sound of the song itself…essentially I felt like if you enjoyed what you’ve heard from Field Of Bronze in the past, there’d be absolutely no reason not to love the progressions they’ve made in their music from there.  Excellent vocals from Josh, WICKED guitar solo as well…if he can nail that in the upcoming official recording of “Antidote,” I’d say they’ve got themselves a track that people will seriously remember just as much for its instrumentation as they will for its ethereal-rock hooks & sound.  Jonathan is slaying the drum kit from the throne and together with the beefy bass-tones of Adam McFarland, the rhythm section pumps the heartbeat of “Antidote” in a compelling & reliable groove.  The ONLY thing I could see that separated these guys at all was that killer suit-shirt that Adam is wearing on stage…I mean…you gotta hand out bonus-points for straight-up style when you see’em right?

Last track I checked out from the upcoming music of Field Of Bronze was called “Please Work For Me” – and from what I can hear personally, this is likely the strongest idea I’ve heard from the band so far.  Honestly, that’s actually saying quite a bit…they write seriously ambitious tunes and they really pull-off their music extremely well at all times – but you can hear that they’ve stepped their game up in this last sample of what this Houston band is all about.  Ultimately, I think all versions, variations and styles of anything that could carry a label of ‘art-rock’ are subject to that same brutalizing judgment that art goes through on the regular and just as quickly to be sentenced by those that listen…as in, many listeners will ‘get it’ and some out there sadly, never will.  A lot of that has to do with the mid-tempo pace that the genre locks into a lot of the time…people just don’t know what to do with their hands is all, so they get uncomfortable when music demands their attention to sit, listen and absorb weightier ideas.  Field Of Bronze will experience resistance from some out there that need those pop-inspired hooks – but there’s no pleasing everyone all the time anyhow.  Those that discover the stronger-than-steel ideas and imagination of this band’s music are undoubtedly going to become fans for life – I know that even just after a short smattering of tunes in review here, that I’d personally ALWAYS look forward to hearing what these guys are up to next.  Especially after checking out the slow-burning intensity and evolution in the sound & writing of “Please Work For Me.”  I highly suspect that Field Of Bronze is entirely aware of how long it’s been since they’ve put out a record by now…but from what I can hear so far, I’d say it’s also safe to say that they’ve used that as inspiration and fuel to come back sounding better than ever.

Keep an eye/ear on this crew…like I said earlier, there are excellent things brewing in Field Of Bronze.

Find out more information & find music from Field Of Bronze at the official pages below!