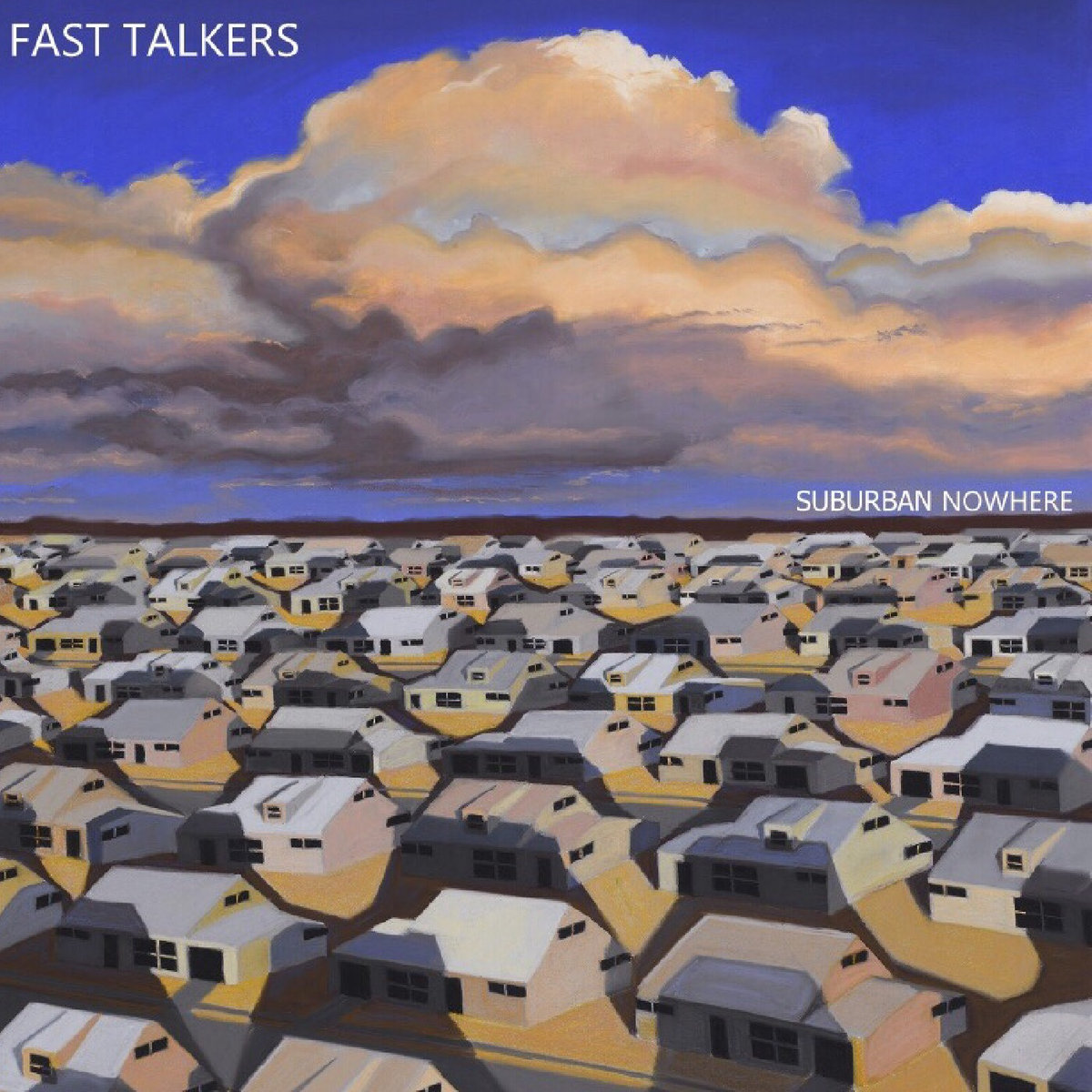 This works for me!  Listening to the new EP from Fast Talkers was like listening to an old EP from Death Cab For Cutie, back when the recordings and writings had equally stunning levels of honesty.  On those early records from Death Cab you could hear the earnest & slight imperfections in early songwriting – but you could also firmly hear that the potential was certainly there with room to grow into something truly incredible from their humble-yet-still-amazing beginnings.  With the similarities you’ll hear in the Fast Talkers by comparison…you never know, they might just end up heading down the same path one day…certainly nothing wrong with that.

Besides…there are other comparisons that could assuredly be made as well…but note that Fast Talkers are also no simple carbon copy or any ‘one’ thing at all; they write multi-dimensional music with really well defined parts to it, play with heart & sing with sincerity…the classics traits of the indie-music genre with their own twist & perspective on the sound.  I’d guess that they’re still pretty new overall as a band – but I absolutely hear the beginnings of something that could potentially go on to become extremely successful out there right in the here & now of the music-world. 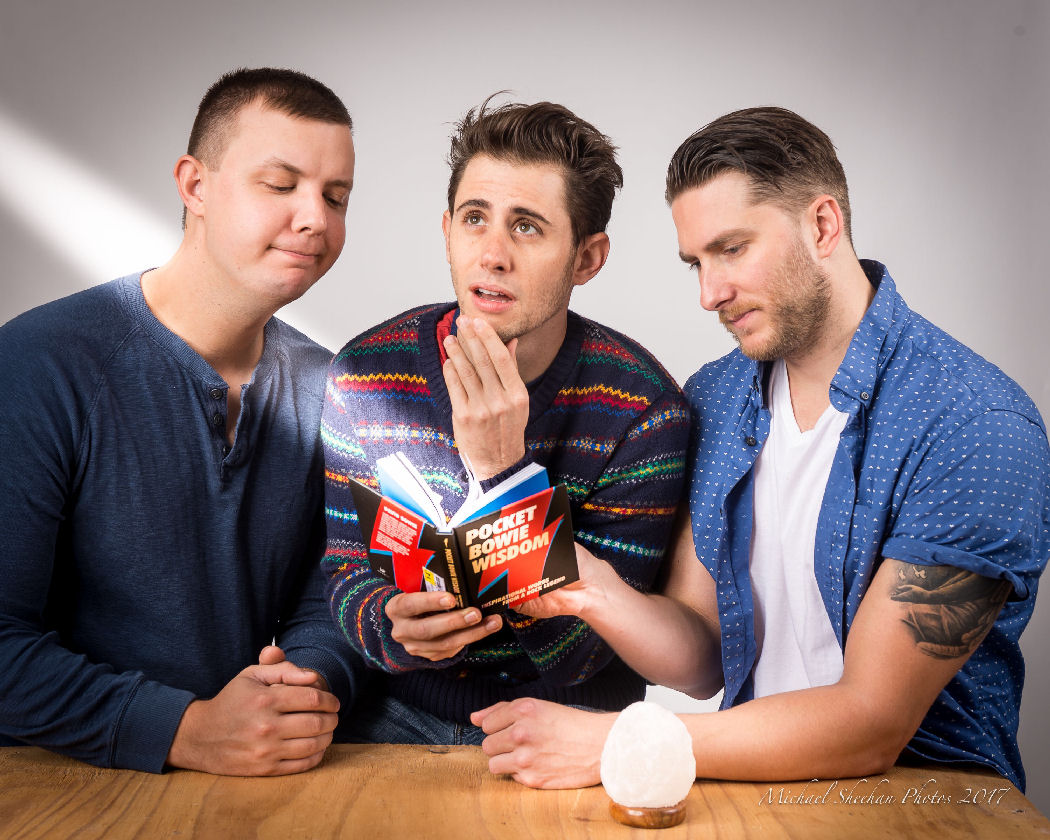 I felt like they started really strong and ended even stronger over the course of the Suburban Nowhere EP.  No lie, they got me quickly hooked in with the crunchy guitar riffs of “Been Home” once they fired up and began to drive this tune forward…solid vocals from Cheech who also supplies those guitars…the hooks are solid and in every element from the verse to the chorus.  Bass from Ed Husbands is thick and fills in the tone perfectly in with the crashing drums from Kevin O’Bannon and Ariel Cortes steals the unsung hero prize for being ever prevalent on the keys…if anything, maybe turn those up a bit more.  Other than that, this one meets somewhere in the middle of Band Of Horses and Temper Trap – love the writing, love the sound and love the performance, “Been Home” makes for a great start.  Seriously catchy hooks to this opener and the way they burst into the chorus is musically magnificent.

The musicianship is definitely there.  On “Grave Reserve” you can hear Husbands killing it on the bass with expert precision, rhythm & groove in the opening instantly.  Cheech has a tougher time with the balance of his frantic energy in the vocals over the length this tune, at times fitting the mood perfectly and at others just slightly wide of the mark, sounding a bit dissonant for what I’d imagine he’s looking for.  The reverb-laden post-punk tone to the guitars at the beginning & most intense parts of “Grave Reserve” absolutely do it for me.  The bass sounds deadly in its thick & wicked groove…the drums quick with the snap of the snare…I dig the way this song moves and the final Bloc Party-esque burst of guitars that started this tune ending it where it began.  As an idea, “Grave Reserve” is sound as it gets…I think maybe one or two shots at the vocals on this one might have done the trick to round out those corners a bit more, but regardless they should still be stoked on a seriously solid idea. 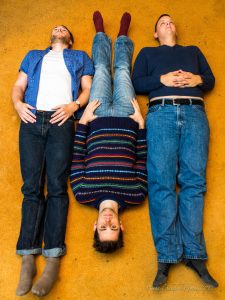 Speaking of solid ideas!  “Prisms” has all the rhythm, melody and groove your ears can handle as it begins – an incredible pairing of the guitars & bass-lines with the drum beats…the pacing is unique and the structure is ambitious.  Fast Talkers take their Death Cab tones into territory more occupied by Minus The Bear with the cleverly plucked out rhythm meeting the intense drums and atmospheric chorus.  Blending in elements of space-rock into the breakdown, “Prisms” has one of the most memorable moments of the entire EP as it deconstructs itself and reforms in a whole different part to end the song extremely strongly.  While Cheech still sings this one gently…the words at tone in the music make things sound artistically darker like Matthew Good in his more melodic tunes.  “Prisms” is oddly danceable and powerful at the same time…I think that transition in the key part of this song to its simplified vocals & lyrical repetition at the end really worked out.  Damn near bulletproof writing here – “Prisms” contains some of that real magic that highlights the limitless potential this band has.

I don’t know how I honestly felt about the title-track from the EP…that’s a tougher one to examine.  There are parts of this tune I really like…I definitely like that the band themselves are certainly reaching for new territory here on “Suburban Nowhere” – but I’m not sure they’ve made these hooks quite accessible enough to keep this one as engaging as the four tracks that surround it.  I like the way that Cheech sings this one personally…but undeniably it’s a harder tune to absorb over the duration of its first 3:30 until it gets a jolt of energy…and to me, when the music picked up, the vocals also sounded like more of an odd fit.  The melodies in the music were pleasant…maybe a bit on the meandering side overall.  Still can’t deny how much I love the tones of Husbands’ bass.  I guess it was almost like Fast Talkers couldn’t have it both ways on the title-track overall though…I’ve written many times about the curse of the title-track and the pressure on getting that one ‘right’ and how it nearly results in something that doesn’t quite measure up to the rest every time; same applies here I’d say.  I appreciate the ambition of it all…but when nestled between the perfection of “Prisms” and the extraordinary ending of “Same Old Visions” – “Suburban Nowhere” might need to send out a flare to get the attention it deserves from the effort.  It definitely gives itself a chance with the pounding crescendo rising at the end until the final break, I’ll say that much. 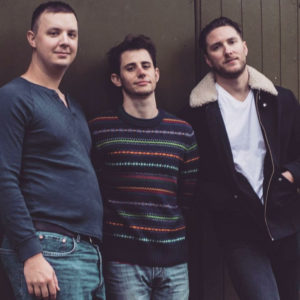 “Same Old Visions” is a ton of fun, a wicked ride of a song and the ending that this EP deserved.  Excellent guitar work and ideas on this cut and solid drums that get seriously inventive to create the beats & transitions in this tune.  The second of two back-to-back six-minute-plus long tunes, I felt like this one really did the entire length justice; this song really evolved, transformed and morphed into something all-out incredible by the time it ends.  Much like I mentioned at the beginning of this review, they started strong and they ended stronger throughout this EP…and they kind of sum that up by doing that same climb right here within the course of their final track.  The last minute & a half…it’s instrumental…nearly takes Fast Talkers into Explosions In The Sky for a moment…but MAN does it hit home and completely work.  Straight-up, that’s the kind of ending to a record I’ll remember and still be able to recall the next time I hear their music after reviewing likely hundreds of bands in between now and then.  “Same Old Visions” is FULL of blissful sound and creativity…depth, skill and solid execution.  Part-after-part…this final tune sets out to make a serious final impression on listeners and in my opinion, truly succeeds; it gets better at every moment…has pop-elements like an early track from The Cure and then finds a way to expand into truly exploratory and exceptional places where the musicianship and heart truly soar to the end.  Great job guys.

Find out more about Fast Talkers at their page at Facebook here:  https://www.facebook.com/FastTalkers/ 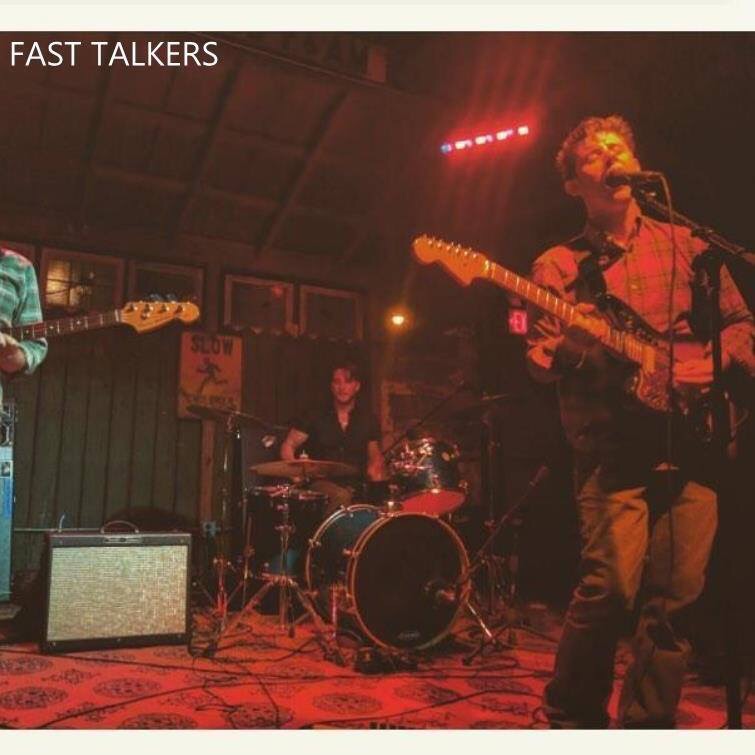