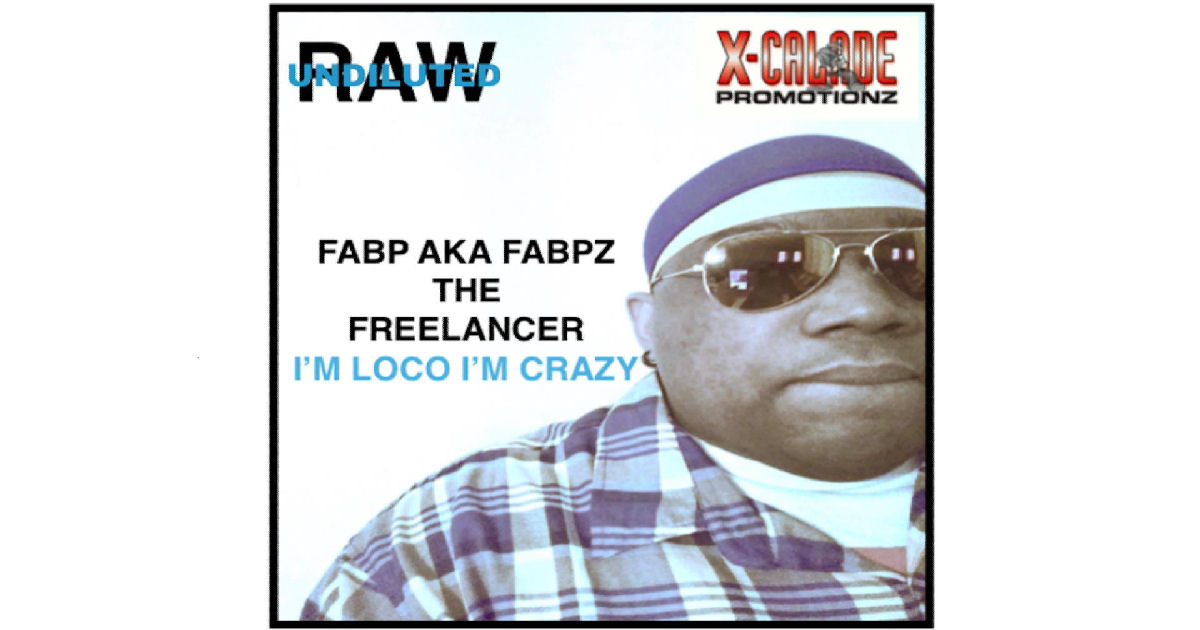 This is exactly why honesty & integrity matters when it comes to writing music reviews.  We all want to be nice at the end of the day…I’m pretty convinced of that just from the sheer number of positive reviews that circulate out there on the internet compared to the amount of negative ones.  Reviewers in general, are afraid to offer their actual opinions in fear of offending the people they end up listening to – regardless of the fact that criticism makes us better & an honest opinion is really all that should matter.  Those of you who follow this site on a regular basis know I always do my best to find the positive aspects of a band’s or artist’s music…and for the most part, there’s always something there to latch on to.  Rarely are there times where the bad outweighs the good; but when it does, that established credibility with all of you out there is only maintained by the act of calling it out…otherwise the rest of my words would become meaningless as a result.

“I’m Loco I’m Crazy” needs all kinds of work.  So much I’m afraid, that I’m not sure it’s repairable.

I can get by the low production standards because we’re all working with different equipment, as long as the ideas are there…and I’m not so convinced that they are here.  Aside from the general personality that comes along with Fabp, which seems pleasant and fun – the rest needs severe work.  Underneath the scratchy mix of electro that comes with “I’m Loco I’m Crazy,” it DOES sound like Fabp can rhyme with some melody in mind…which is a positive…but when it comes to the construction of the flow or the rhythm…the bars just aren’t there.  That’s a concern.  In the hushed & whispered tones that Fabp is singing these words or rapping them in…I’d almost be willing to bet the farm on the fact that he’s recorded this late at night in fear of raising his voice too loud lest he might wake the rest of the household.  And again…if the ideas were there, you might be able to get by the fact that the low-key approach holds him back from finding that power & commitment the words need to become real.

For instance…I’ve referenced the importance of finding that match between the energy and the intention behind the words many times in reviews throughout the past…but one of the biggest offenders of the bunch, is often the word ‘crazy.’  Artists & bands LOVE to use this word…and I don’t blame them – it could mean a variety of things and it’s a great word to toss in there for added effect – if you use it right.  Where that word becomes a hollow experience every time, is when there is no ‘crazy’ to actually go with it in the performance – and the smooth delivery that Fabp puts into this moment of the tune ends up taking us away from the potential that it has.  Because that’s not ‘crazy’ at all – it’s almost the direct opposite – that’s controlled.  On a track like “I’m Loco I’m Crazy” – in my humble opinion, there NEEDS to be something that demonstrates that, more than just lyrically – it has to occur somewhere in the performance as well to make that feeling translate…and I think that’s missing here.  It’s all so much more timid & mild than you’d ever expect from what the title implies, which ultimately, I think is going to lead the people down the wrong path with their expectations & leave them little chance to climb aboard with what they’ll discover is waiting for them.  Fabp wanders a lot throughout the five minutes of “I’m Loco I’m Crazy” – shortening up the ideas he has will definitely help his material make more of an impact as well without having him color too far outside the lines before he blurs the picture.  As it stands, the extended length of this track often feels free-styled and aimless, as opposed to having that focus required to retain our attention in-full.  Instead, we’re kind of pulled along by this tune, wondering what might change at some point in order to become redeemable…but if I’m being as honest as I have been with you the entire distance through this review and every other one I’ve ever written, well…I’m not sure that moment of redemption existed on this particular single this time around.  Fabp has got to find a way to loosen up AND get the power into the mic if he wants to bring these words to life & make us want to absorb the words he writes…there’s much work still to be done and much more refinement necessary if he truly wants to make it to that next level.  Time will tell if he’s serious about it.

Find out more from the official homepage at X-Calade Promotionz:  https://x-caladepromotionz.bandcamp.com/