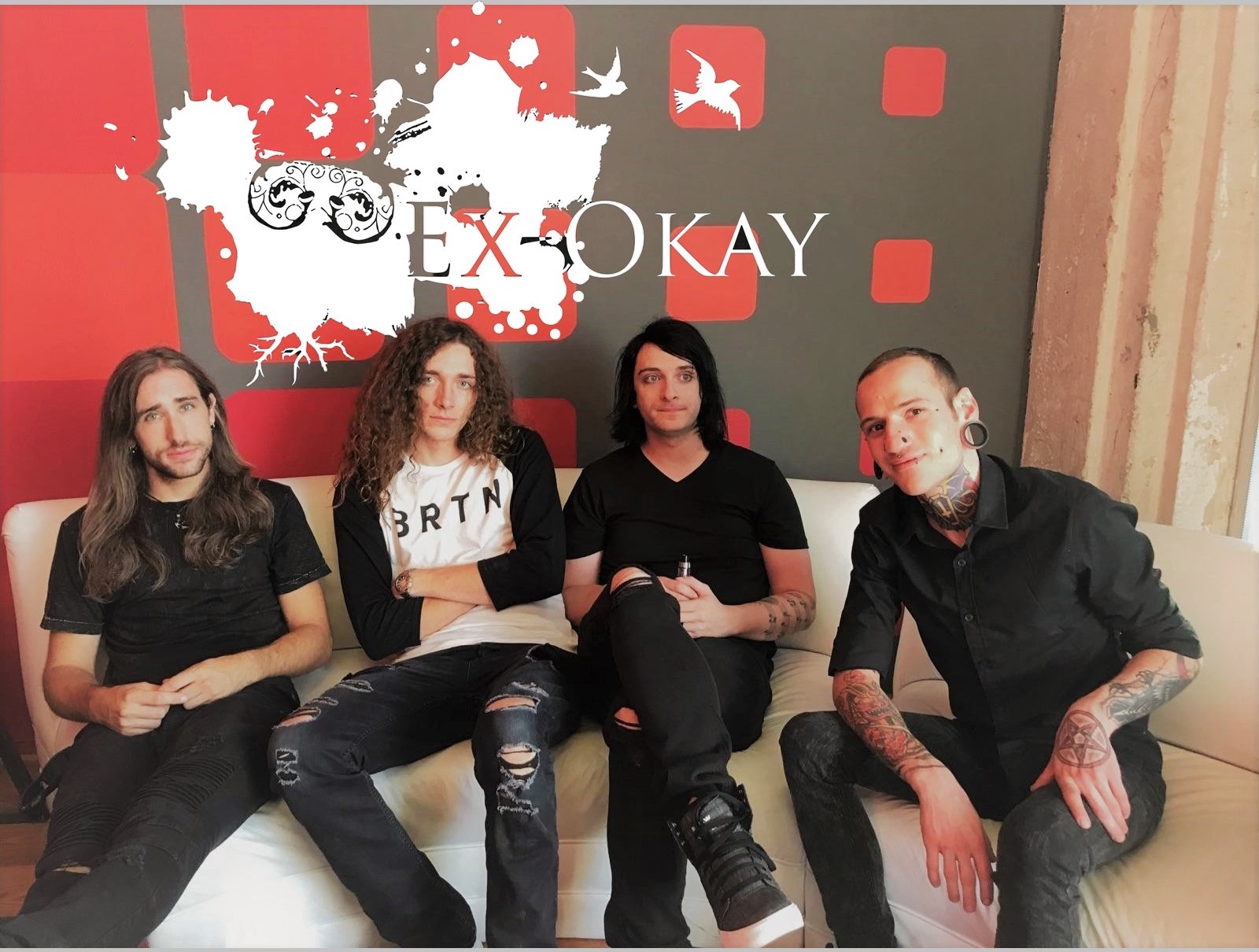 “Tom…how are you going to get to my heart?”

“Through your rib cage.”

I mean…if that little excerpt from Ex-Okay’s new track “Locked” doesn’t just say it all I don’t know what would.

For a track that’s all of under three-minutes in length, there’s an extraordinary amount of work put into the writing and performance of this cut.  The twists & turns and shifting dynamics grip & rip throughout this entire track…don’t let the short amount of time fool you – “Locked” is loaded with explosiveness.

From the savage guitars that riff their way into the opening to the storming sound of the drums pounding out the way forward, to the insightful use of strings to accent the melody and the extraordinary way the vocals are put together – there’s a hell of a lot to love about this new single.  If you’re looking for energy in the music you’re listening to – look no further…this crew is ready to fucking bring it; each part and layer of this song shows an intense commitment to making the best music possible in Ex-Okay…and that effort is certainly noteworthy and noticeable on “Locked.”

Like…don’t even get me started on how much I love the way the bass moves throughout this song or we’ll all be here until next week reading about it.  There are so many stars in the spotlight of this one cut that it’s seriously impressive to listen to how this was all put together to achieve these results.  Best believe I’ll have more to say about Ex-Okay…but in effort to spare your eyes from reading a million of my thoughts, I’ll be sure to fill you in on a few more details in the upcoming episode of the SBS Podcast coming out this week.  You will want to check that out…not only will I tell ya a few more things about the band you won’t find out here, but I’m going to PLAY the freakin’ SONG…so make sure to tune in! 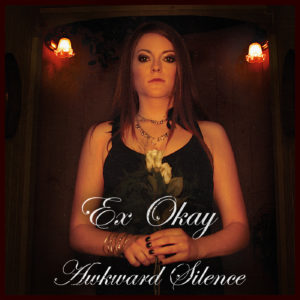 Anyhow.  For now, we’ll stick to the main ingredients and concentrate solely on the song itself…and what’s got me so firmly “Locked” in my support for this band and this tune.  Led by main songwriter Tom – Ex-Okay has survived through a rotating lineup since June of 2009; currently for the upcoming record Awkward Silence, he’s enlisted the assistance of Zach and Brittan.  You definitely get the sense from reading about Ex-Okay online that this is definitely Tom’s world we’re living in here…and come hell or high-water, this dude is determined to put out music tailored to a very specific design and quality.  There’s clearly a vision and plenty of drive – and ultimately, a captain that can steer a ship this confidently is bound to discover the success and adventure they’re seeking out.  When you listen to how tight “Locked” becomes through its combined musicianship and how cohesive each element is as they’re added into the song…your ears will come to the same conclusions that mine have – this is impressive stuff.

Maybe a bit on the dusty-side when it comes to the production itself…not far off and nothing that damages the sound at all, just enough to notice.  It could certainly be a stylistic choice to keep a bit of the gloss on this enigmatic alt-rock/metal cut from shining too brightly.  I was actually just having that conversation earlier on this week after hearing the new track from the upcoming album by A Perfect Circle…I dig the band…almost always hate the production on their records after their debut epic – it’s all too slick now.  Ex-Okay’s “Locked” has just enough of that edge that it maintains an indie-amount of cool while actually having a wicked amount of potential to appeal direct to the mainstream.

The switch around the 1:40 mark gave me a verified music-chubby.  Don’t get me wrong…overall, I’m much more inclined to like the intensely melodic way this song rips through its verse & chorus…usually.  In this particular track, that larger-than-life breakdown just past the mid-point of the song actually reminded me a ton of one of my favorite bands, Idiot Pilot; a lot of “Locked” does really.  Considering that band is long gone, and even though Ex-Okay was screaming at me…this was an oddly comforting spot in the song for me…and it revealed a potential space out there that exists in music that this band could easily fill.  “Locked” has been an impressive & wild ride…and like a good lead-single SHOULD – it definitely leaves you wanting to check out what else is going to happen on Awkward Silence when it gets officially released.  As far as this single goes, “Locked” is officially released on November 3rd this year – but if you want to check it out early (and I know you do!) make sure to tune into episode 035 of the SBS Podcast coming up later on this week, where I’ll be playing this one loud’n’proud.

And until then, find out more about Ex-Okay at the official site at:  http://www.exokay.com/