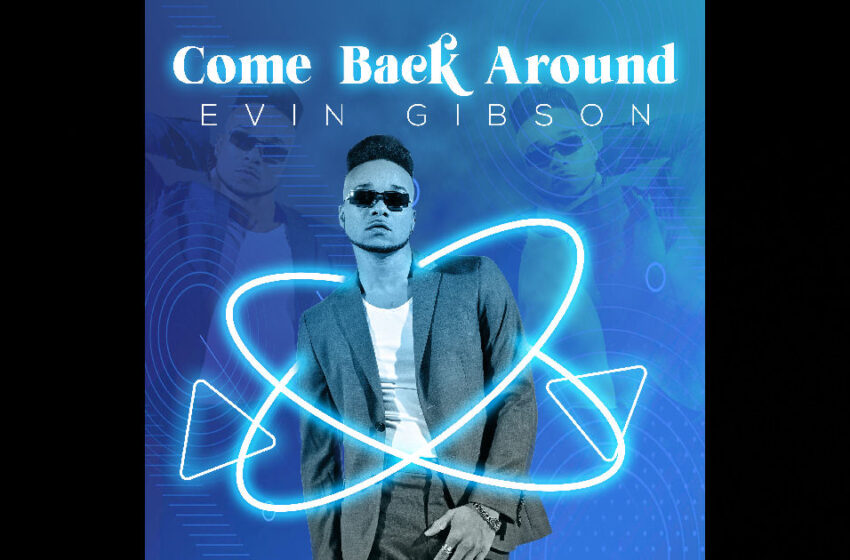 Last year, not too long before the start of summer in 2021, we got artist Evin Gibson back in the mix and on our playlists with a single called “W.Y.W (What You Want/Right Here),” after a considerable amount of time away from the moment we started listening to him, which traces all the way back to 2014 and a couple singles that I reviewed here on our pages.  For many of us, that was the official reboot & restart of a career that’s got plenty of time left on the clock based on the quality of his tunes…ain’t no two ways about it – it was great to have Gibson back in action & making music like he’s always been meant to be.

This year, he gets the opportunity to confirm that it wasn’t just another quick appearance online, and show the world he’s been thriving in the thick of the craft, doing what he truly loves to do.  That all becomes crystal clear through the results, you feel me y’all?  It’s one thing to pop back into the mix at random – it’s another thing entirely to be back with something fresh year after year – that’s the proof in the pudding, as they say…that’s how the people out there know beyond a shadow of a doubt you’re not only back in action, but here to stay, focused, and making the moves required to level-up at all times.  So yeah – I’m not only excited to have another Gibson tune out there in the world for you to listen to, but I’m equally stoked about what “Come Back Around” ultimately symbolizes in the bigger picture overall.

Case in-point, there’s already a “ViciousKeys Mix” of “Come Back Around” out there online, and another song/video for a single called “Blu” that’s basically been released all in the same timeframe.  Evin’s back y’all – the evidence is right there online to support what I’m saying…I’m not just talkin’ theories here.

Anyhow!  “Come Back Around” works out really well!  Great mix on the cut, solid production, stellar performance from the main star of the show…Gibson doesn’t really leave anything on the table that’d be worth complaining about being missing, you feel me?  The details are there, the focus is there, the passion is there – Evin gives you a sparkling & inspired cut that has him meeting the challenge of some really intense demands on his vocals, and pulling it all off with the style, focus, swagger, and flair you wanna hear from this guy.  He’s always been good…for as long as I’ve been listening to him, Gibson’s always put out quality cuts – but there’s clearly no question about the fact that he’s locked-in, engaged, and coming out with some of his very best over these past couple years with his resurgence.  “Come Back Around” is catchy, stylistic, and naturally addictive through the confident mix of charm & charisma you’ll hear – he owned his moment when the opportunity came to record this single, and at the end of the day, that’s really what we wanna hear more than anything else in whatever music we’re listening to.

Musically inviting & soulful in sound – “Come Back Around” is highly relevant for the right here & now of what’s happening out there in the scene, and has all the right ingredients to hold up strong over time.  I really dig the layers of vocals beyond the sensational lead performance he puts into this single – the backing vocals play a significant role in the accessible appeal this cut generates as it plays on.  He might not be singing about the happiest stuff you’re gonna hear this year content-wise/thematically, but he’s got a knack for making heartbreak sound real good too.  A track like “Come Back Around” goes even further in establishing his identity as an artist based on the way he sings it as well – Evin takes a ton of real chance here with the way he sings the hooks and the highest parts of the notes in the melody, and in my opinion, he’s come out victorious as a result…this is a memorable cut in his catalog for sure, 100%.