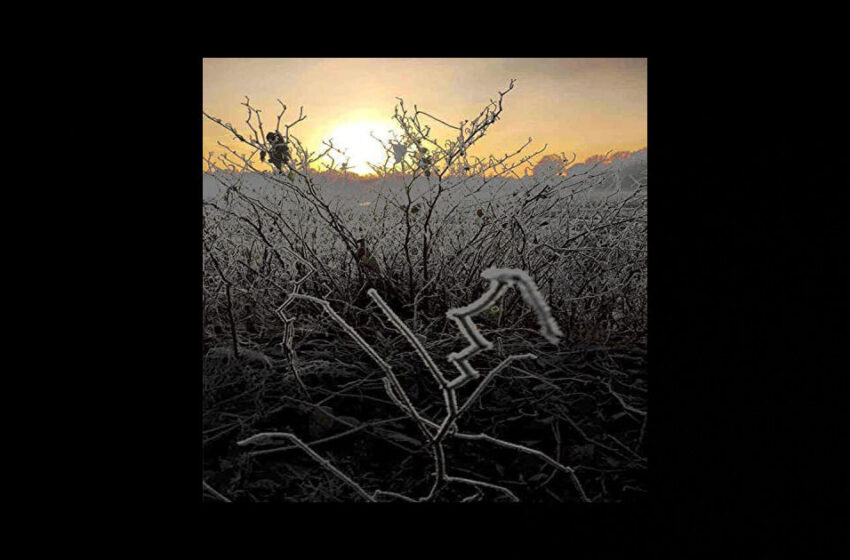 I gotta admit…there’s a good chance I might not even NEED another song this year after this!

I’m gonna wanna spend forever & a day with this new single from Essinauks – there is really something about this guy that not only completely gets it, but also seems to have a desire to make the exact kind of music that highly interests me personally.  I’ve only known about this artist for a short time – but he blew me away as the featured guest on Polyphonic Exophilia’s single “Knight Becomes A Ritter” – we’re talking about the kind of artistic collaboration that was on a whole other level folks, no joke.  That being said – that collaborative effort also yielded an impressively unique single overall in “Knight Becomes A Ritter” – and in terms of what I might hear next from Essinauks, honestly I truly had no idea.  All I knew for sure, was that it was pretty much damn near guaranteed to be as creative as creative can be, because that’s exactly what we found on his collaboration with the PPXP collective…it was the kind of genuine authenticity that can’t be faked…the kind that told me instantaneously, Essinauks was the real deal.  The kind of artist with pure imagination and equal levels of artistic integrity – I knew that what I was hearing on “Knight Becomes A Ritter” was no fluke & no accident; the specialness in Essinauks as an artist was revealed right away in that song to my ears, and I was stoked to see his music pop into my inbox before the year ended.  Because honestly – if you heard Essinauks with Polyphonic Exophilia on that single in 2021…you’d know full-well, it’d be impossible to predict what this single would be like from that first impression – “Solsnu,” could have very well gone in any direction – I didn’t know what to expect from an artist with such limitless imagination.  And of course I love that – it allows for surprises to occur that are as magnificent as this moment truly is…I will not forget this experience anytime soon.

Because THIS…would exceed any of the wildest hopes I could have ever had of Essinauks and what I might have found in pushing play – “Solsnu” is freakin’ audibly artistic genius from start to finish, straight up.

Here’s the reality.  As an audiophile myself, I would have been sold on this tune even IF it had remained in the gear we find it in as it begins throughout the entire duration, as opposed to the first two minutes – I love how this song starts with such atmospheric brilliance and texture in the mix…the instant appeal to a guy like myself, is essentially unparalleled.  It was to the point where, at the very least on that first spin, inside those initial two minutes, I almost chuckled out loud – as if to say, good LUCK Essinauks – how are you going to outdo what I’m already hearing from here?  “Solsnu” instantly gives you THAT good of a first impression…it’s somewhat haunting, somewhat mysterious, somewhat beautiful…and combined with the stunning ASMR style vocals of Accidentally Graceful drifting you dreamily into this song…with the instrumentation sounding so spectacular and the ambient sound at work…the absolutely spellbinding production & crystal clarity of the music…good lord – what’s not to love about those first two minutes?  So you BET – I was sitting here thinking, how on earth could this get ANY better than it IS?

And then of course, it happened.

I could sense that change coming…it was just a matter of time.  Around the 1:53 mark, Essinauks makes a wicked move in the music that bends everything you hear like he’s SPRING LOADING IT for the next moments to follow…pulling it all back with tension, until it breaks into a brief spoken word bridge, and right on into the breathtaking synth swell, sparkling guitars, and beautifully mellow & melodic vocals.  I’m just sayin’ y’all…if there was a way that Essinauks & Jon & AG could have somehow gotten MORE into this song, I’d love to hear your theories on how it could have been done right; to me, this single has 100% of everything it needs, and stands out as true audio entertainment every bit as much as it does as the ART that it IS.  Even with as much as I’ve typed out here for you, I’m truly lost for words in terms of how to describe just how awesome “Solsnu” really is, or how attached I’ve become to it in such a short time already…it’s just so well thought-out & so well-played that even with there being such an incredible range of sounds & ideas at work between this singles two main halves, the flow through this experience is as fluid as water is.  The warm & inviting kind of water…just in case you were wondering.  The stellar glow of this song as it shifts into its second-half, is so perfectly suited to the flawless vocal melody at the heart of “Solsnu” and the emotionally-heavy vibes it comes with…the poetic nature of the spoken-word from Accidentally Graceful is a sensational fit and just as spectacular to listen to.  Honestly, between what’s happening on the microphone, the sound selection of the music, and in the production of this song overall, there’s zero chance I could pick out any one element as any better than the rest – the balance of strengths is not only impeccable, it’s downright built of pure steel.  This is audible art without apologies, without pretense, without limitations on the ol’ imagination y’all – “Solsnu” is an undeniable masterpiece, 100%.

Find out more about Essinauks from the official pages below!