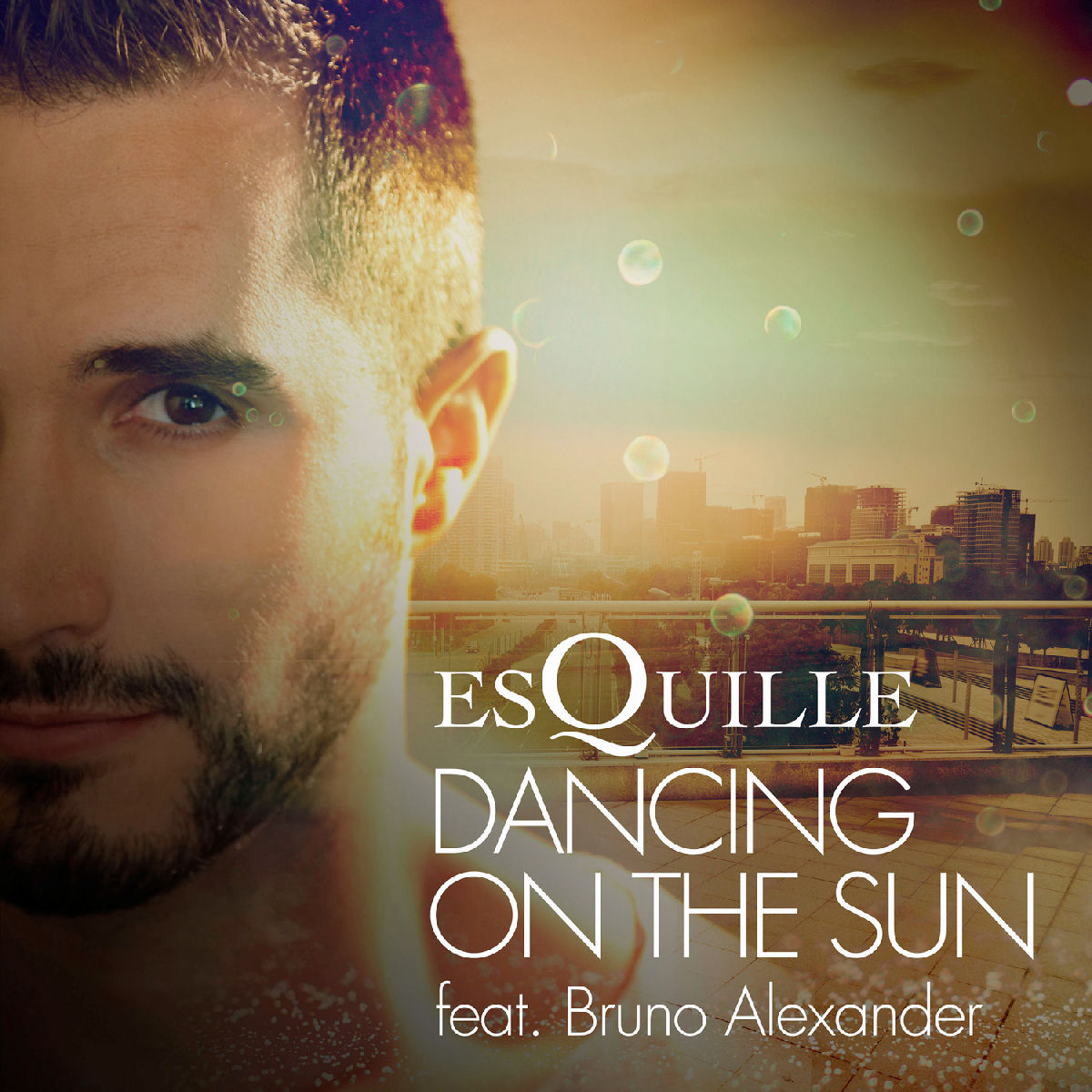 You’ve gotta be a pretty hardened heart to not at least find something you like about a song that spends most of its time with the sunshine and dancing.  It’s a also a fair assumption that EsQuille isn’t writing anything here designed to offend, upset you or do anything other than put a smile on your face and a rhythm & electro-groove into your day – and the mission is accomplished extremely well.  With an assist from the brightened sound, tone & energy of the vocals of Bruno Alexander – “Dancing On The Sun” is a track that has potential to become a hit with many over the course of this summer here in 2016.

I think a lot of the track’s widespread appeal comes through the fact that its minimalist set-up and execution leave “Dancing On The Sun” not being too much of any one-thing – and I think that plays to this collaboration of talent’s advantage.  While it’s based solidly in electro-rhythms…Alexander brings excellent songwriting instincts into his part, and all of a sudden you’ll notice that the vocals range from pop to R&B to soul.  Bruno keeps his tones absolutely controlled as he lets his voice ring out clearly overtop of the music and is able to steer how we perceive and listen to “Dancing On The Sun” by the way he chooses to sing it.  So even though it is definitely an electro-track at the heart of its core – the results of their combined talent are a song that actually ends up appealing to many people both in AND outside of the electro-genre…and I think that’s a good move for both of them.

Because while “Dancing On The Sun” might not necessarily be something altogether new to your ears, it is undeniably played, produced, performed and mixed extremely well.  It’s not a function of music to become something incredibly new & unique each time we hear a new song – sometimes what we get is a brand-new idea like this that plays well-inside the genres we’re familiar and comfortable with.  Nothing wrong with that either.  “Dancing On The Sun” is largely a safe-song in composition, performances and concept-overall…again, EsQuille hasn’t written a song to shatter all that you know about electro-music…it’s more like it was written for you to groove & move to using inviting melody’s and rhythms that speak to us quickly & pull us right in.  Electro-music as a whole isn’t out there to be solely responsible for enriching the mind; sometimes people just wanna dance!

This new cut from EsQuille should hit the spot for people out there when looked at & listened to in that respect.  There’s more than enough ‘heady’ electro out there right now…and I think that dialing it back like this to keep each sound we hear and the structure of the writing as flawless as it is provides you with a comforting listen.  It’s not like you’ve heard the song before…but your ears will take it all in just like advice from your best friend; every sound is a welcome one full of fantastic energy, tone and melody.  Whether you examine the playful rhythms of the electro-music from EsQuille, or you’re listening closely to Bruno’s vocals – it’s hard to deny that sometimes the best path we can take with our music is the one that makes pure-sense when the results come out as stunning as they are in this combination.  “Dancing On The Sun” is a very pure-song; it’s never over-complicated, never stuffed too full…it’s got a widespread atmosphere and space in the music that matches the amount of widespread appeal it has to a potential audience out there.

And yeah…I think it’s got a certain charm and innocence to it that makes us want to listen…it’s a track that really does carry an uplifting sound to it and a bouncy-playfulness to the melody that pulls us in.  Let’s face it – no one wants to spend their summer with a wet-blanket personality in their group of friends or even in the music on their stereos – it’s a time where music gets to be turned-up in celebration, and “Dancing On The Sun” is made to do just that.  It really is a positive burst of electro done right and a collaboration of talent that clearly works in perfect harmony and I think that “Dancing On The Sun” can only add to the excitement of your summer out there & give it the shot of adrenaline & energy you’re looking for as you turn nights into mornings on your vacations away from the grind.  EsQuille and Bruno Alexander have created a song that really allows you to listen, appreciate and truly enjoy & celebrate the happiest moments of our lives…you want this song as part of your personal soundtrack for sure – especially you dance, trance and electro-fans out there!

Find out more about them from their official pages at Facebook: