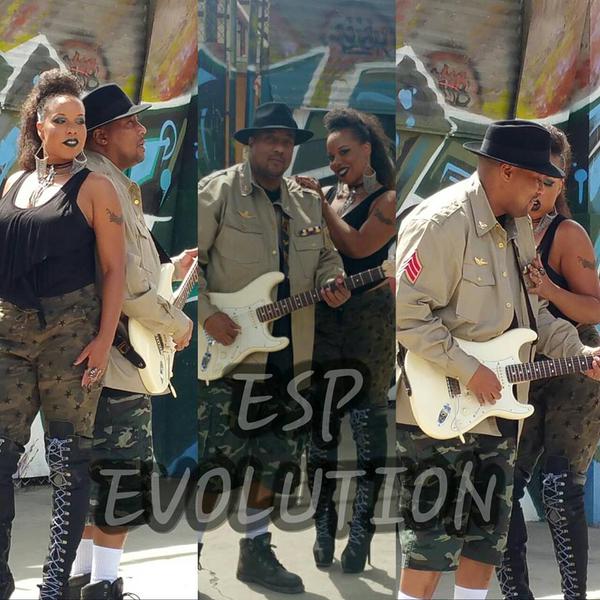 ESP Evolution – “We Can Kick It” – Single/Video Review

I’ve been trying to figure out what it is…and I’m thinking that all the Reggae-inspired music & artists that have recently come our way is due to the weather-change? That’s just a guess…but it seems like the colder it becomes, the more of these dudes head from the beach and back into the studio to start recording!

In today’s dose of Reggae-infused music, we’ve got the combined talents of OD and Lady Capri. While Reggae-anything has rarely been on my radar…there’s more than enough of a pop/R&B-inspired twist to “We Can Kick It” to make it relevant to myself and more than likely many out there. We’re all looking for a way in…I don’t believe that anyone goes into listening to new music with the intention of not really getting into it. Fusions of sound like what are happening in ESP Evolution’s music are universally acceptable and extremely popular in today’s current mainstream.

Now…I’ll try not to dwell on the video, but of course that’s my experience in hearing the song as well, so it does need a comment or two. First being that I’m not exactly sure it’s going to help the song so much; while Lady Capri is certainly an undeniably beautiful lady and OD wouldn’t exactly be hard on the eyes for the ladies out there…some of the planned choreography in combination with the way its filmed make the song nearly take a step towards being dated somewhat. It’s old-school…were it not for the ready-for-camera look of the duo however, I might not have really dug it at all; so its saved by its stars…but just barely!

Music-wise…most of what’s happening is pretty solid. While the main-beat is a little ‘grandma’s organ’ in its tone and style…the hooks are strong and the performances from the vocalists are clever in how they respond, react-to & play off of the hooks in the lyrics. Together they sound quite strong…individually Lady Capri sounds pretty sweet in spots, ultra-confident in others and sometimes a little too-high up but nothing terrifying – she’s a solid singer. Her first verse comes out boldly, bright & beautiful in pitch & tone with her strongest moments instantly on display. OD lays out a rhythmic-hook through its chorus, often joined by LC bringing in the backup harmonies, where again, combined they sound great.

What I really wasn’t expecting though, was for OD to come in towards the end of this tune and light-up a guitar-solo! And for reals – this guy can play! It’s soooooooo unexpected I can’t even express…it’s just not what to this point in the song that your ears figured ESP Evolution was about to serve up – but yet, here it is! It’s a rad addition to the song and gives it a slight creative-edge in the music that was a little lacking beforehand; and although the solo-itself is only thirty-seconds or so – that makes a lot of difference in helping diversify the sound of a song within a length of just over three minutes. It was a smart move and makes for a good ending to a track full of bright-energy and all-out fun.