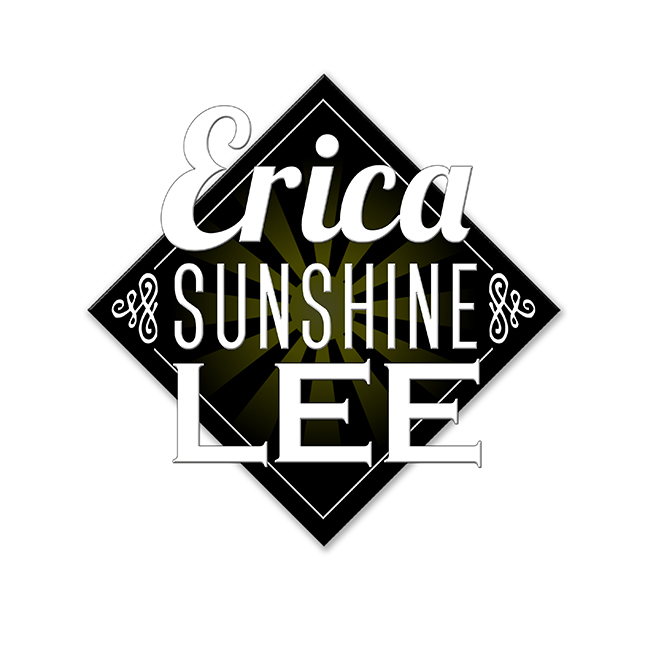 That would be the case in this late-night review coming out on the music of Erica Sunshine Lee; I didn’t know her to look anything different than these very words that you’re looking at onscreen here now. I was lucky enough to chat briefly with Erica as I received this album, and by chat I mean of course a paragraph or so of text from this future country-music star. Giving some brief insight into the album and the songs, much of this was inspired by the tornados that have stricken the U.S., but more-so the ability for all of us to come together in the face of tragedy. The idea of getting back out there…and carrying on; rebuilding.

This was all compelling backstory…but it was the humble, sweet nature of this ‘country-girl’ that was impressing me…something about the way she was relating the story. She might hate me for quoting this here…but here goes anyway….

…”Real life and real stories are what I write…”

Now…I have relatively very little experience as a country-girl. Nearly 99.9% of the time, my bearded face and ruffles of chest-hair seem to give me away. But you want to know what’s REALLY strange? Not only am I typically NOT a country-music fan…but I really like what I’m hearing from Erica Sunshine Lee. The way she’s put forth her experiences from the last two years of her life into the lyrics of this record, well, I feel like if I close my eyes I can truly imagine through her words was it WOULD be like to be a country-girl…

That being said, there are definitely two sides to Erica Sunshine Lee. You’ve got the energetic pop/country tracks of the modern day, and you’ve also got a lot of completely authentic songs that hearken back to the country-classics of old. In any of these cases, Erica is literally flawless. She’s currently based in Nashville yes; but let’s just say there’s not a single shred of evidence upon the album that would give you a clue as to otherwise – this is as Nashville as Nashville gets! And by that, I mean that, as much as I LOVE the music that comes from that place…they’re in a lot of ways playing with a limited word-count; much of what you’ll hear from Erica Sunshine Lee are concepts that you’d expect to exist within country-music. And with THAT being said…who honestly cares when it all comes out this incredibly anyhow? As I had mentioned in the recent review on Chris Weaver Band, clichés can exist for plenty of valid reasons…and generally those occurring in music are experienced by many and represented by only a few voices from a stereo speaker. Sometimes when we need to hear them the most, even though we might have heard that advice before, because these themes are often repetitive in ANY genre, not just hers, it exists for us when we need it the most because we STILL need to hear it.

That’s real life right Erica Sunshine Lee? Believe me – you’ll hear it on this album, it’s undeniable just how much these songs truly are based in her real life experience. What’s completely NOT ‘real-life’ – are these incredible performances she gives, or the hooks that she’s written. Erica is truly a superstar in the making, and an honorary resident of the Nashville scene by now I have no doubt.

Why? Cause modern-day country-fans you LOVE songs like “Girls Night Out,” and she starts the album off with high-energy and catchy hooks right off the bat. But don’t even TRY to tell me that you don’t love that stuff country-people! YOU DO SO. Songs like “Holler If You’re Blue Collar,” could just as easily be the equivalent of a “Save The Horse” music-craze, of this I have no doubt.   Haven’t had enough yet? NO – you haven’t! I know it and so do YOU. So go listen to “All My Bucks Go To Starbucks,” and get yourself through the drive-thru on the way to work. “How Bout Them Dawgs?”

What surprised me…was how authentic some of these other tunes came out…how amazing some of the tones she created were and what a sincere and honest performance she gives throughout. I mean seriously – this girl can SING, and she’s got the best of the best making music to back these songs…it’s all coming out perfectly.

The South Will Rise Again, and more than likely demand an encore if she wants to continue on making music with as much heart, quality and enthusiasm as she clearly is. The title-track of this album…is just flat-out phenomenal. Don’t even question me on it, just go and listen, even if you’re not a country fan…there’s so much sorrow, pain, emotion, love, redemption…it’s like an entire Nicholas Sparks movie-plot within one song, all based from her real-life experience. It’s hard not to hear this as the major highlight of the album…it’s like a flawless diamond…or staring into a nebula or something else extraordinarily beautiful. Erica is nailing it here, in a performance strong even to bring in crossover fans, just like myself now. This captivating song and powerhouse of emotion is a real strength on this album, and certainly spotlights the incredible song-writing of Erica Sunshine Lee.

The track that might have impressed me more than any other on this album…was “Maybe That’s When You’ll Notice I’m Gone.” Now…I’ve already said this many times, you know I’m not a country-music fan overall…and that’s an important distinction to make, the ‘overall’ part. I have listened, and will always listen, to the best of the best in any genre…any of those famous greats are truly legends and my list is never-ending of the people I’m thankful for blazing the trail for us all. But one of those greats…is certainly the timeless music of Dolly Parton herself…and I know I’m not crazy when I hear a young Dolly here in Erica’s voice on this song. She confirmed it for me when she followed it with “Drinking For Two.” That song also reminds me of Dolly’s tender tremble in her voice…Erica has amazing control over her vocals and knows how to get the most out of every note. But like people knew with Dolly Parton long before it all actually happened for her…much the same I believe could be true of Erica Sunshine Lee…I really think we’re possibly witnessing the early days of a massive country superstar in the future to come. And if these are her starting blocks, she’s going to have a very short walk to fame and stardom.

Lastly…I’ll comment on the genius track that is “Chunky Dunk.” This is about the most amazing inclusion I’ve ever heard on an album of this caliber. Seriously…if this doesn’t speak to just how ‘real’ of an artist Erica truly is, I don’t know what else could. Any pretentious bullshit country-star would have NEVER had the courage to include this on such a pristine and beautiful album. This song sounds like a basement-demo…and MAN is it refreshing to hear someone of this extreme talent just take a moment out of the stadium to have a very real moment with all of us.

I gotta say Erica Sunshine Lee…you get a big thumbs up from me. I’m not about to go out and get myself a cowboy hat anytime soon…but there’s certainly nothing that’s going to stop me from talking about YOU when someone asks me what AMAZING country-music I’ve come across through my work at sleepingbagstudios. I’ll bend the rest of the ears you don’t reach yourself my friend…but from what I’m hearing on this album, well…I think you’ll do just fine getting their attention on your own. This entire album is one huge, massive hit-single all packed into one.

Find out more about Erica Sunshine Lee at her Facebook page: https://www.facebook.com/EricaSunshineLeeMusic