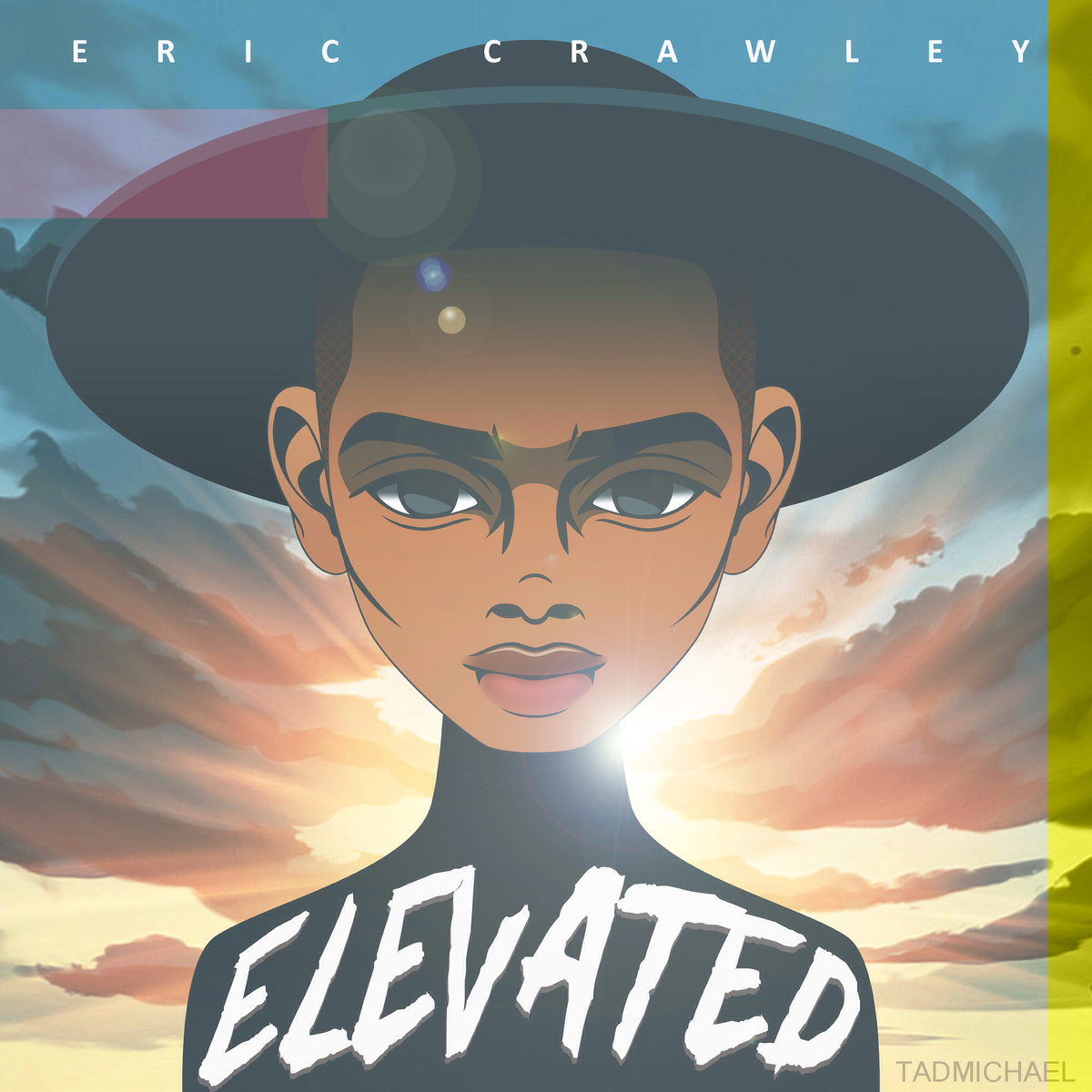 Just keep that in your pocket for now…we’ll cover that in a bit as we get into Eric Crawley’s new sensational, dance-inducing R&B album, Elevated…

Now…I’m not known to be a massive fan of R&B…you already know that. At the end of the day, it never matters what genre or style of music you make – you just need to convince me (through the music of course) that you believe in what you do…that’s what always sells me on new music above all things; conviction. I’ve checked into Mr. Eric Crawley’s history and influences and all that…and I’m liking where this guy is coming from. What I do know of R&B is that much of the absolute best that has come out of our last decade has come from the R. Kelly and Frank Ocean…there’s others of course, but I’d put Eric Crawley in a crowd closer to these guys than others, specifically Black for sure…that’s an influence you can hear in the first half of the album through tracks like “Gon’ Fishin” and the incredibly powerful song “Write Person.”

Much like those two giants of the R&B genre, Crawley has patterned himself with a great tone, but also really smart lyrics and flow to accompany the beat. A track like “Write Person” shows a real songwriter lives within him; it’s a great play on words and what he came up with has found its way onto a real beauty of a track. Crawley delivers in a higher-end Frank Ocean-style and succeeds in sincerity on this track note for note. After the subtle intro of the “Elevated (Intro),” I gotta admit – this is a great start into the album…I’m listening.

I think that the beat, the rhythm and performance in songs like “Trouble,” “Slowly,” and “Throw It” are really solid…just not particularly my thing. This is the more ‘danceable’ aspect of R&B, which is every bit as valid as part of that genre…I just don’t dance; if I do, not well. That being said – Crawley has found an incredible flow in “Throw It,” for the verse…I’m not a huge fan of the main hook, but the verse is beyond outstanding.

Now…I mentioned that little bit about sequencing in the beginning…

If you’re listening to this album in its proper sequence, then the track “Slowly” at least breaks you in gently before the next track, “Liquor” starts…which is exactly where the album began for me upon first listen…thank you very much Bandcamp…and my inability to pay attention to details like that when a song that good starts to play. But I’m not even kidding when I say I almost fell out of my chair when I was absorbing the lyrics of this song…go and LISTEN to this song and remember that this was my FIRST experience with Crawley…you see the difference now?

What starts out with the more gentlemanly “Write Person” at the outset of the album, eventually finds its way to what sounds more like the Gentleman’s Club on “Liquor.” And I KNOW it’s not supposed to be funny…at least not totally…cause I mean damn, my WIFE be singin’ this song now and giving me the evil-eye…nothing funny about that look brother…she looks mighty serious about something… Regardless of how you take those lyrics, they’re damn good and this track not only raises up the album, it does it with a truly single-worthy beat that seems to kick Crawley right back into all of the things he does best.

Case in point; “Absent.” What an absolute highlight on this album, and with these last two coming in during Elevated’s final three tracks, he’s clearly on the path to making a lasting impact through an incredible finale. “Absent” has all the flavor of someone like Jason Derulo, and twice the heart on display. Emotionally toned, with another flawless delivery from Eric, this is a complete winner in anyone’s stereo.

He doesn’t let up. With an incredibly powerful track ending the album, “Game’s Over” deals with the struggle of going after what you truly want while there’s still time to do it right. Complete with a ticking clock and a heartbeat-like drumbeat…an absolutely addictive chorus; Crawley hits his stride with audible clockwork and precision here and absolutely nails the end of this album.

Look…ya gotta mix the ups with the downs and the party music with the melodic-stuff…I get all that…so do you. And like every one of you out there, there’s tracks that will speak to you more than others will…but I bet you’ll remember his name and find something to like on this album no matter what style of music you normally listen to. When it’s done right, it’s done right…and Eric Crawley is doing it RIGHT.

And if you were to ask me…get this guy a few more albums under his belt and I wouldn’t be at all surprised to find out Eric Crawley found his way to the top of the genre, competing with the very best in R&B…mark my words people…

Find out more about Eric Crawley at these links!