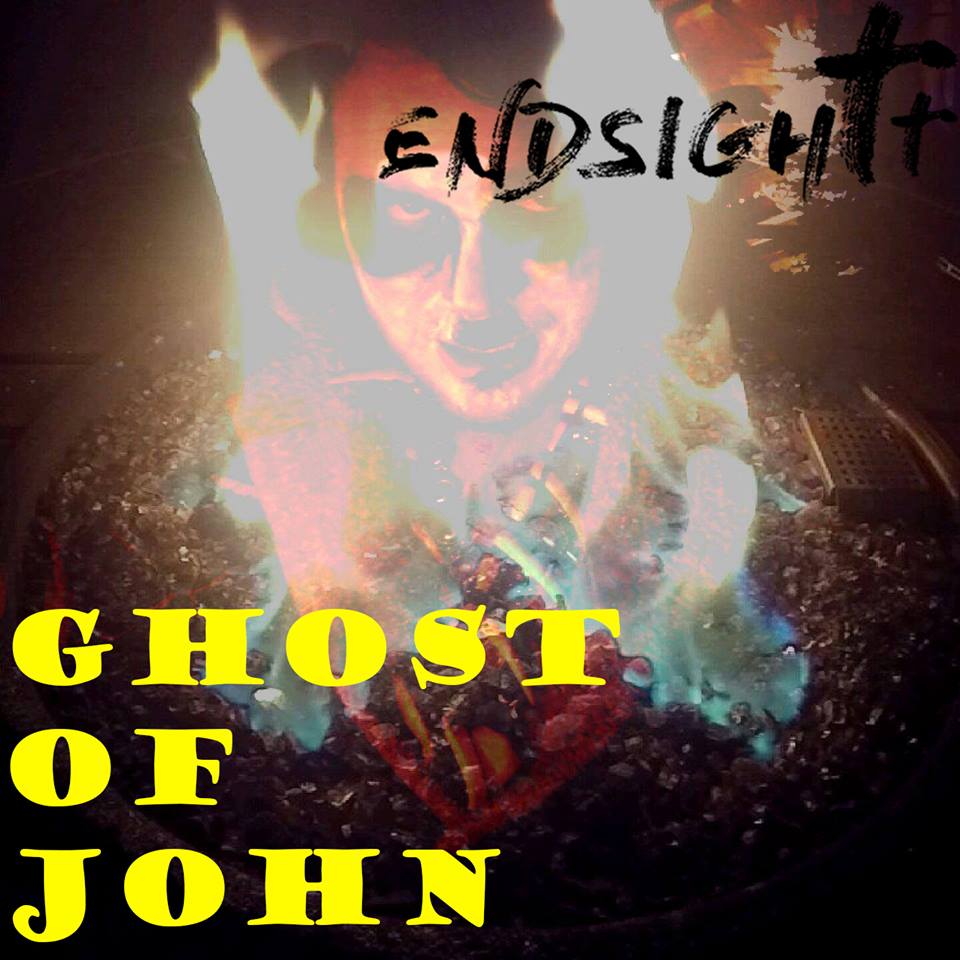 Inside of a week full of wild music and some of the best stuff we’ve heard so far this year, it almost seems fitting that one of the most exciting artists we’ve uncovered throughout 2016 would show up now – Endsightt is back with a brand-new single, “Ghost Of John.”  To say I was highly impressed with his earlier release from this year, the full-album called The Music Demo…would be a massive understatement.  It only took moments to hear the innovative and exciting methods emerging from a powerful new voice in hip-hop/spoken-word…Endsightt creates real art inside of the genre – the results of his ambition were completely audibly tangible.

It won’t take long to convince you in the latest single “Ghost Of John” either.  While it might have a slight disco/funk vibe that runs a little deeper here than what you’ll find on The Music Demo – it still possess that flavorful innovation and creativity of the insight in the music of Endsightt.  Lyrically as impressive as ever, he rhymes with quick speed, clarity and precision just as much as he is rhyming in a severely authentic style that really sounds natural for him.  There’s no doubt in my mind that rapping an Endsightt verse takes an incredible amount of skill…I’m sure the practice has been put in to acquire its perfection but the bottom line is you don’t hear any struggle or strain when it comes to the recording of “Ghost Of John.”  By the time Endsightt hits the studio, this guy is clearly more than well-prepared and ready to let it rip – the parts he writes are by no stretch ‘easy’ on him in any way, shape or form; in fact most of the verses have him doing verbal gymnastics like an Olympian poet.

The depth of his lyrics was an impressive element of The Music Demo and continues to be so here on “Ghost Of John.”  If anything…this song’s meaning might be even tougher to grasp than all the concepts that flew at us on the full-record earlier on this year.  Cleverly mixing religious-references with a western-tinged theme of John Wayne…the song could potentially be about the attitude of John found in the bible comparatively to the one of action-hero John Wayne.  With the multiple layers of depth in the imagery and words always working in his favor – Endsightt again impressively offers another track that’s largely open to interpretation, yet likely has an incredibly defined & deeper meaning for him personally.

What there certainly is, is an undeniable cool to Endsightt’s ideas.  Executing with confidence and passion you can truly hear – “Ghost Of John” grabs the attention through its solid musical-hooks, aggressive performance from Endsightt on the mic and background vocals that chime in throughout the track.  He really rolls these elements together tightly…and amongst the guitar-hooks and wild-synth sounds playing alongside the funked-out bass-lines and crisp beats, he’s created another winner here for sure with another stellar performance.  His energy is right at the maximum here once again on “Ghost Of John” and he’s honestly sounding fantastic & right into the moment on this new single.

So…I like it.  I think “Ghost Of John” really does speak well to the Endsightt catalog and unique contribution he makes to the genre.  I identify slightly more with his more contrasting, darker material in some of the songs I found on The Music Demo – but I still think he’s come out with a seriously strong tune here.  I mean…it’s even DANCEABLE…you could seriously get your groove on if you’re so inclined.  Chances are, he’s written a song that has even more widespread appeal and crossover ability than a lot of what The Music Demo contained…so I can hear that potentially this is a single that could go on to do very well for Endsightt and bring in a whole new audience to his music.  With his versatility and flexibility…it’s hip-hop yes, but, it could also potentially ‘fit’ into a lot of places, stations, formats…it’s universal like that.  Endsightt’s no fool that’s for sure…he’s more than capable of designing songs that are uniquely captivating and genuinely break new ground, but also sounds that people truly get down to and get off on – and I think the people out there are going to dig this energetic rhythm & groove 100%.

Find out more about Endsightt at his official Facebook page:  https://www.facebook.com/endsightt