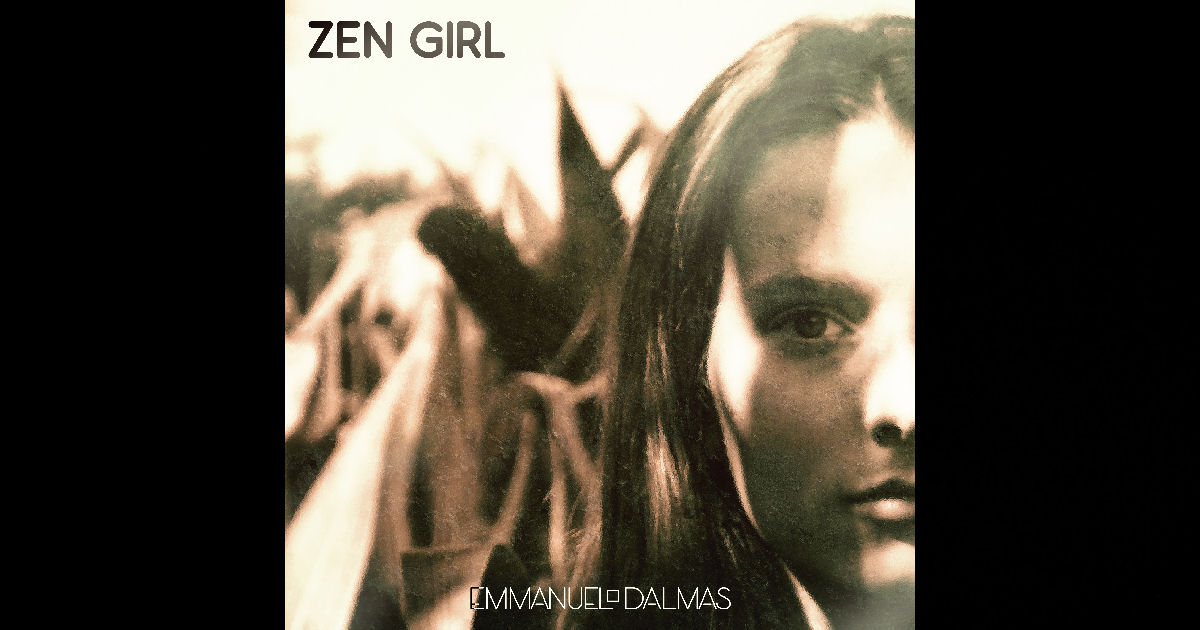 This man needs no introduction at this point – he’s still on the front of our page from the last time we reviewed his music only a week ago or so when I was checking out his single/video “My Little Girl,” which he had dedicated to his own daughter.  So you can find an intro there if you like…or maybe at one of the past sets of four singles we’ve reviewed from Emmanuel Dalmas over this past year…there’s lots of info there for you as well.  I’ve had people try to outrun me before Emmanuel, it can’t be done.

Though if there was an artist that stands a chance of being up on a music site every week or at least every month of a year, it’d be this one.  Dalmas has been smart in embracing not just an avenue or two that music has to offer, but nearly ALL of them…you never know what to expect or what style you’ll get from him, which always makes for several sweet surprises & spectacular moments in a listening session.

I’ll say this…the man has great instincts when it comes to any style he pursues.  In the case of “This Is Love That I’m Feeling” featuring singer Kirby Howarth, he shows these instincts in a couple of key ways that are important to note.  First of all, it’s a song I’ve reviewed in the past, now reworked into a collaboration – a song I felt had serious potential when I’d heard it last time around; now Emmanuel’s built it into something even more with the assistance he’s picked up for the vocals that suit this track so well.  Secondly, when it comes to the songwriting itself – look at the credits and notice something else that’s important – creative freedom.  When Emmanuel goes to collaborate, he’s extending that trust in hopes that someone will feel the vibe, understand the emotion in the music, and deliver something that complements the music he’s made – and as a result, you get moments like “This Is The Love That I’m Feeling” where the lyrics are written by his guest Kirby, who absolutely nails what this song needed both in the words and in how he sings them.  I know I said ‘a couple’ of key things, but here’s one more – Kirby’s voice is 100% fantastic and a perfect fit for this melody; he’s done a gorgeous job on the sound & flow and Emmanuel’s made a great choice by allowing Kirby to bring what he would naturally bring to this track without micromanaging the details…as a result, I felt like this really came out flawlessly.  There’s such amazing character and ‘seen-it-all’ wisdom in Kirby’s vocals…truly awesome to listen to, full of heart & sincerity…he makes the most out of every moment in this melody on the microphone.  And as far as the music goes, this track was aces before, it’s aces now…& as a whole tune, it’s sweet perfection.

“Lorelei” gets a new treatment from the first version we heard back when first listening to Emmanuel’s music in the initial review, this time in a “Duo Version.”  What I don’t remember is this track being broken!  And you know what they say…if it ain’t broke…  That might apply here.  I’ll say this – I still like the song, I like the idea, I like the mix and I still love the lead vocals…something about the chorus this time around didn’t seem to really fit.  I don’t know if it got slowed-down slightly from the last time or if it’s the effect of a different sound to the vocals there…I just didn’t feel like it furthered the story of this song or necessarily bested what we’ve already heard from this particular track.  Like I said, I wasn’t unsatisfied with it before and I’m kind of surprised Emmanuel wanted to tinker with this one further – I shouldn’t be surprised…an artist like him, his work is never done, trust me – he’ll always find a way to do more.  Besides that, it’s AWESOME that he IS willing to experiment further and test out new directions that a song could potentially thrive in – I think that’s more than commendable even if it didn’t work out as well on this new version of “Lorelei,” to me it’s still inspiring that he’s always willing to try new things.

He’s done a great job on “Zen Girl” – listen to the amount of conflicting emotions in this composition!  I mean that in the best of ways – it’s designed to be an instrumental reflection on growing up and what it might be like for his daughter as she finds her own way in this world.  And as almost everyone reading this can imagine from their own real-life experience – that’s not always an easy task!  There are moments of sheer stunning beauty, powerfully moving emotions, pensive & thought-provoking sounds in the melody, and a gorgeous array of instrumentation & musicianship on display.  Lots of beauty flowing through the atmosphere of this tune from the piano to the violin, Dojo guitar, drums and back again – you really can’t lose with any of the sounds you hear and the sum total of them all working together sure make for some spectacular highlights in the fullness of this song.  Personally, I love contrast – I think that’s a large part of what makes songs interesting and makes them last – and “Zen Girl” has tons.  Where Emmanuel takes a song & idea that has such amazing potential for that contrast to exist to an even greater place, is by understanding that balance to the light & dark…being unafraid dig deep into the mindset and inspiration that is required to commit to an idea and bring it to the surface – that’s where this artist continually excels and certainly does so here again on “Zen Girl.”  As I’ve said before, Emmanuel’s clearly a good man with his heart in the right place…and in one way or another, you hear that in his music no matter which style or sound he’s creating – just so happens that on a track like “Zen Girl” that heartfelt emotion is right in the spotlight in such a strong way that couldn’t possibly hide.  You feel that curiosity, adoration, wonder, admiration, respect, warmth, and above all things, love.

As far as “Snow Warrior” goes…there’s still some work to be done.  I’d chop that beginning for a couple reasons…the first being that I didn’t feel like it suited the song and the second being that I think it might have affected the overall production afterwords…I’m not 100% sure about that though.  What I can tell you is that those first fifteen seconds or so are louder than even the most intense & full moments later on…that final crescendo around the 3:15 mark being the only moment that even comes close to rivaling that initial volume at the beginning.  It’s always tough on a listening experience when you have to crank the volume dial one way or the other at a certain point in a song, and truthfully to get to the ideas that Emmanuel’s working with afterwards, you’ll want to turn this up to make sure you can hear it all after the intro ends and the song becomes super quiet.  Easy problem for him to fix…but again, if I’m being truthful, I don’t know that it necessarily served this song or added to it…I feel like the real beginnings of “Snow Warrior” are those first quiet moments and that’s probably the best way to approach it.  Overall, it goes on to display an array of imaginative and colorful ideas, bombastic cymbal crashes, and a unique mix of beauty & drama in the way this song moves.  Dalmas reaches often into the serene, but he also gets pretty wild along this journey as well…there are multiple dimensions to “Snow Warrior” that create quite a cinematic & expressive sound…it’s less cohesive in that verse/chorus/verse sense perhaps, but for some it’ll be more rewarding to hear a track that’s more ambitious than anything straight-ahead.  While it might prove to be a bit tougher for the average listener to follow, the moments of redemption and biggest highlights of “Snow Warrior” are certainly universal and appealing to all our ears – like I’ve said before and I’m sure I’ll say again, somewhere along the line, at some point, Emmanuel Dalmas has something included in each of his songs that people will identify & connect with, and truly want to hear.

Find out more about Emmanuel Dalmas at his official page at Facebook:  https://www.facebook.com/Dalmas-Emmanuel-Manutube-626014617571692/