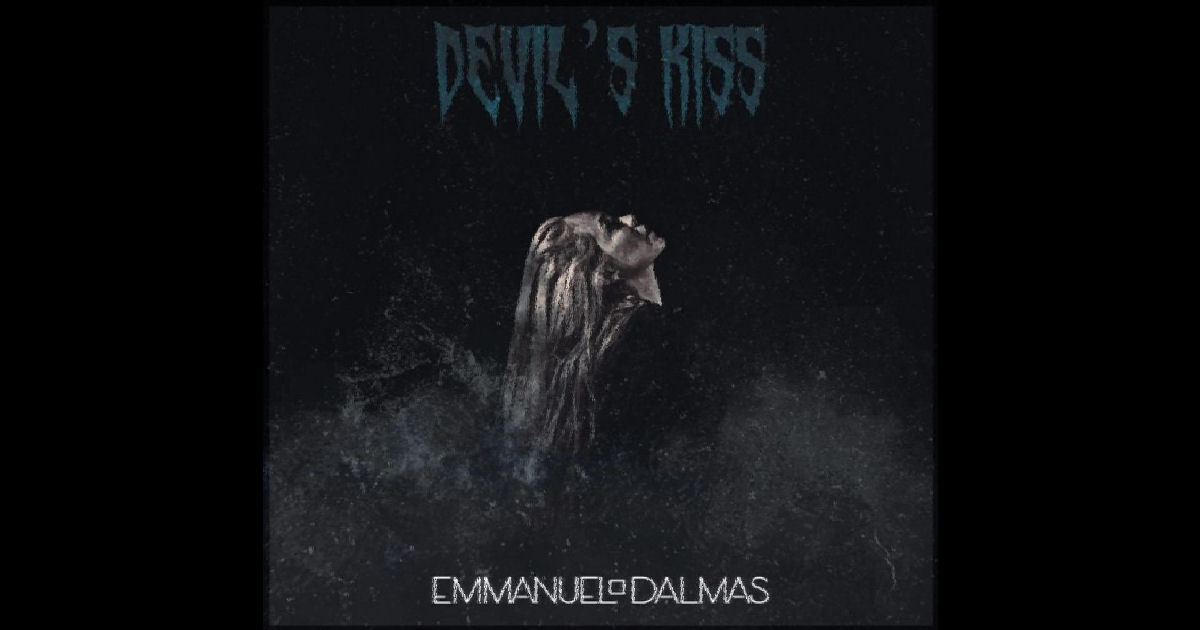 You know…no matter what the results have ever been since listening to the music of Emmanuel Dalmas, for better or for worse, he still surprises me every time with just how massively expansive his range of ideas can be.  A true musical-chameleon that always brings exceptional quality to his work alongside the ambitious directions he pursues – we’ve got a couple current tunes that he’s just recently put out & a couple from earlier on in his ever-growing catalog.  Truly, I love how creative this guy is and how versatile his music is as well – Emmanuel is quite extraordinary in that sense…he’s seriously unafraid to try out any style or sound & clearly wants to make as many songs as he can for the pure joy of it all.  I find that highly admirable…he’s never trying to be any ‘one’ thing – if anything, he’s almost attempting to be ALL things – you gotta marvel at that kind of courage, he could morph his music into any genre.

I’ll take you from the past to the present in these four tunes I’ve got here from Dalmas.  “The Last Starfighter” was put out several months before we first reviewed his music, and as the title somewhat suggests, you get that promised outer-space vibe.  Designed as a space-opera of sorts, I’d say Emmanuel accomplishes the mission he’s set out on here…you can hear how this could potentially benefit onscreen visuals, being the soundtrack for a Star Trek or Star Wars like voyage.  Even the end-credits of a film would benefit strongly from having something like this in the background as they run…but I don’t think you want to let the intensity of the initial transition into the main sound of this song post-intro go to waste on mere words when it could help really define a scene or two of a movie or show out there.  It’s got a great mix of sound that has a noble majesty & grandeur in its atmosphere, with just enough of a hint of menace & mystery running through it as well.  Arranged extremely well and flawless in its composition, “The Last Starfighter” likely requires something visually to get the absolute most out of its potential and draw people into the music – but that being said, whatever scene a song like this could end up being attached to would likely also not be the same at all without it…it would work both ways like that, or vice-versa…however you want to put it, the point is that this song would certainly complement whatever it could end up being attached to in some sort of Sci-Fi setting or soundtrack.  I’m thinking slow-motion battle-scene of some kind…there’s that slight sound of triumph as this song heads towards the end of its conclusion that would make “The Last Starfighter” perfect for something like that.

What follows that on today’s playlist, you ask?  Well a completely beautiful and stunning instrumental with piano & violin leading the way gorgeously as the melody flows throughout this second tune in review, called “Bursting With Love (Live Version).”  Note the end of that title, dear readers, dear friends – he’s played this live…an absolute achievement for which he should certainly be recognized.  Because playing something like this composition live is definitely noteworthy – but the sheer fact that this sounds so practiced, so rehearsed, so perfected…that’s what turns this into song into something truly remarkable.  Beyond impressed with this tune when it comes right down to it – both the piano & violin are played with such compelling passion & emotion that you can’t help but be moved by this song.  As has been stated by musicians time & again throughout the world over, it’s not just what you play, but how you play it – “Bursting With Love (Live Version)” has the luxury of both attributes as strengths.  The writing of the song is exquisite and expertly performed – you couldn’t possibly ask more of Emmanuel than all of what he’s already given to this immaculate gem of an instrumental experience.  The beauty in this track sparkles and shines like sunlight through a prism; just like there are that many fragments of light that your eyes would appreciate for their vibrant & colorful splendor, the sheer amount of delicate, sincere, graceful, and angelic sounds in the movement & flow of the melody & music on “Bursting With Love (Live Version)” has just as many dimensions to appreciate.  Nothing at all that I’d change about this tune…again, considering it’s been recorded live, you gotta respect just how amazingly well it came out.

As much as I love a beautiful tune – Emmanuel proves he can step into the dark just as comfortably as the light on “Devil’s Kiss.”  Another exquisite instrumental, this stunning mix of haunting melody and its eerie pace really add up to one hell of a captivating experience to listen to.  You’ll get those genuine pins & needles and likely a few hairs on your arms & neck standing up while checking this one out – but don’t be too scared…Dalmas manages to save our souls with a magnificent dose of shifting sounds and a ray of hope through the main piano melody accompanying its sound of mischief & wonder.  He’s done an exceptional job of strengthening the atmosphere even further, knowing exactly when to dial-back the sounds to just reveal the piano & violin, or when to add even more into the mix with lurking background ambience that roars, growls, and surges just below the surface.  Couldn’t take my ears off this song either – it really shines a spotlight on Emmanuel’s gift for creating genuine drama and texture…you can feel “Devil’s Kiss” creep & crawl all over you as it plays – another flawless idea perfectly performed.

Today, the instrumentals win the awards…I really felt like these first three cuts, particularly “Bursting With Love (Live Version)” and “Devil’s Kiss” came out extremely impressive.  As for the final track I’ve got here, the most recent single called “Beautiful Smile” featuring the fantastic vocals of Gabriela FLORES – this was a tougher cut to examine.  On the one hand, I think you get a seriously radiant performance and bright, bold tones that drip sunshine & sweetness from Gabriela, and on the other hand…structurally, this felt a bit forced at times.  In my opinion, Gabriela is the noteworthy factor here – she puts in a sensual performance that connects to the sentiment built into the words & does the maximum with the material she’s got; she’s got a fantastically empowered voice that echoes the positivity found in the lyricism.  Maybe a bit too syrupy-sweet when it comes to the words for my own personal taste…the vocal flow has moments where it moves perfectly, others where you can hear some awkwardness to the metering & pace of the lyrics…music-wise, this one almost seemed like a different Emmanuel altogether.  More of a clear attempt at a straight ahead pop-song, it’s much tougher to get to the heart of “Beautiful Smile” than its sunny disposition would suggest to your ears…in comparison to the three tracks before it, it feels like it’s missing a bit of that same magic & passion taken into the approach to the instrumental tunes.  “Beautiful Smile” still has redeeming moments that I think most ears would appreciate, but as a song overall, it’s probably a bit more uneven distribution in dividing up the strength of its parts along the way.

Certainly not complaining overall, the quality of his music & writing continues to be highly inventive and wildly creative – Emmanuel Dalmas can send music my way any time and I’ll always be ready & willing to listen to whatever he comes up with next.  I probably said that last time I reviewed his music…but I would have meant it just as much as I mean it now…this guy is always going to come up with something cool to listen to because he’s willing to put himself out there and try so many things.  He’s a real man of music – I’ve got a ton of respect for his courageous approach he takes to his art and his willingness to entertain through ideas & sounds of all kinds.

Listen to music from Emmanuel Dalmas at Soundcloud: