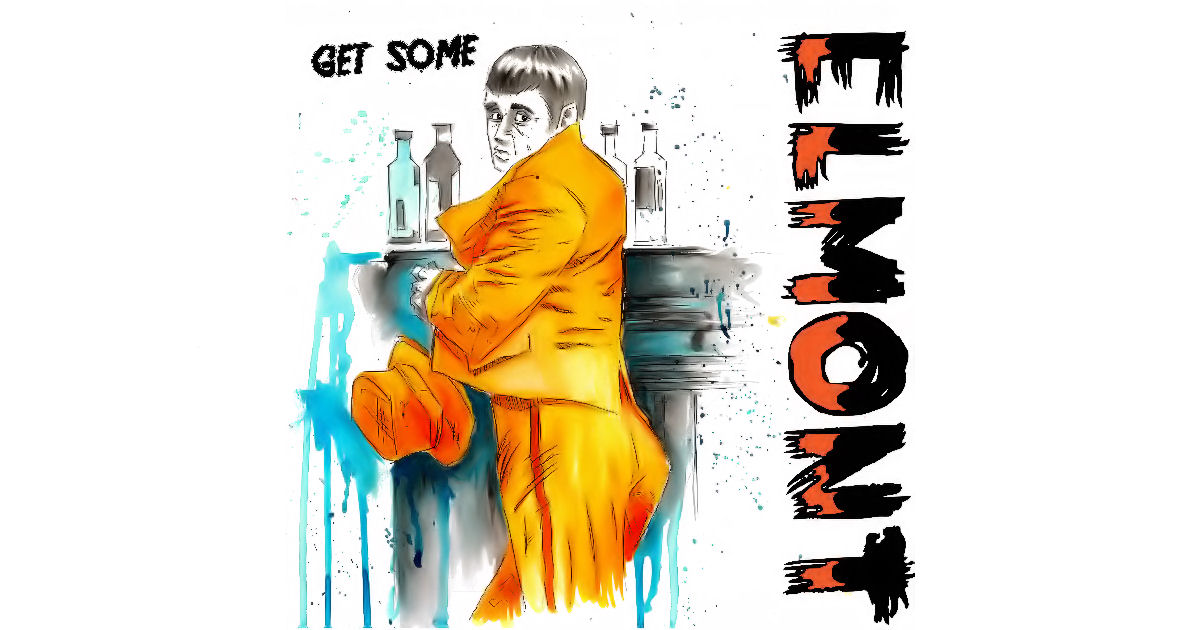 Elmont – “Get Some” – Single Review

“I’m gonna hang by the bar…put out the vibe…”

Can I just say, I love everything about this new single from Elmont, right down to the artwork?  Elmont is rocking a vibe that is stripped right out from my era…a place where movies like Empire Records offered that feeling of escape and bands like Toad The Wet Sprocket ruled stereo speakers with a gentle but inspiring approach to melody & rock combined.  And of course, yes, somewhere in that same basic timeframe/era, you’ll also find good ol’ Jim Carrey standing by the bar, putting out that vibe like only he can in the classic comedy Dumb & Dumber…a movie of which at least seems to have influenced the cover of this single from Elmont, if not the subject of the song itself as well I’d suppose.

In any event…this post college-rock song has a real maturity to it that can’t be denied.  In all honesty, there’s so much going RIGHT with this new single from Elmont that it’ll be easy to lose track of it all just trying to write it down.  LISTEN to those drums!  Let’s start there shall we?  No disrespect to the smooth guitar sounds and bass-lines that actually start the song, which go on to prove they’re equally fantastic parts of this tune soon enough – but those drums!  They seriously add a ton of punch into this vibe and do so much more than just keep the beat like you find in a band like Kings Of Leon, really adding in character & charisma into the mix and stoking the fire that fuels the energy on “Get Some.”  Excellent tone in those toms, powerfully controlled hits, great technique…impressive to say the very least and certainly noticeable from those very first spins – the drums play a large role in the movement & dynamics of this single-worthy tune.

Of course, there’s help from every angle and amplifier backing that drummer up, mind you.  Or, standing in front of him…you get the idea.  The point is, Elmont is built upon incredible strengths and displays absolutely no cracks or weak spots in any of the musicianship, songwriting, or execution you’ll hear.  Those guitars sparkle & shine – the bass is consistently also bringing the A-game and actually ripping it up quite a bit even as the song itself seems to remain remarkably chilled.  All of the music is as impeccable as it gets on a technical level and Elmont sounds just as great as they are skilled – and I haven’t even discussed how excellent the vocals of this band are yet!  Let me put it this way – as awesome as these players are, the singing always stuck out as that perfect cherry on top – I think the vocals of Elmont are smooth, stylistic, inviting, charming, and an absolute perfect fit for this style & sound.  Were it not for the incredible songwriting overall on “Get Some” – I think the vocals might have slightly edged out the rest for that top spot on the podium…but thankfully, they’re all on the same team and not competing with each other here.  That’s quite apparent from the unified front they put on throughout “Get Some.”  Excellent rhythm-guitar work in this band also really allows the lead to explore some seriously cool tones and directions for the solo spots and instrumental moments surrounding the highly memorable verse AND chorus.  That’s right – I said BOTH!  They’ve really written a great song.

In my opinion (and yes, I get it, I go way overboard in these examinations…) – the Toad The Wet Sprocket reference is right on the money here…I’d be shocked to find out that Elmont wasn’t a total fan of their work.  “Get Some” sounds like it could fit right onto their album Coil without question – and beyond that…if you’re familiar with their catalog of tunes and know the Toad material as well as I do – LISTEN to the way that Elmont exits out of the chorus of this tune and know that’s a move borrowed right from their playbook.  Definitely a vibe throughout the entire chorus you could make a case for being similar as well…but it’s really that final exit that will tip you off that yes, they are indeed fans of Toad or at the very least influenced by them on some structural & songwriting level…I’d guarantee it.

Really no other way to put it – this is a perfect song and an extremely strong single for Elmont.  They’ve definitely got the same uphill battle as a band like Toad The Wet Sprocket would have in reaching the people en masse – but those they do reach are gonna be fans for a long, long time.  Extremely memorable hooks on “Get Some” and purely stunning execution from performance to production – I’ll remember this first experience with the music of Elmont for years and years to come – love this tune!!!

Find out more about Elmont from their official page at Facebook:  https://www.facebook.com/elmontmusic

Tags: Elmont Get Some Singles sleepingbagstudios