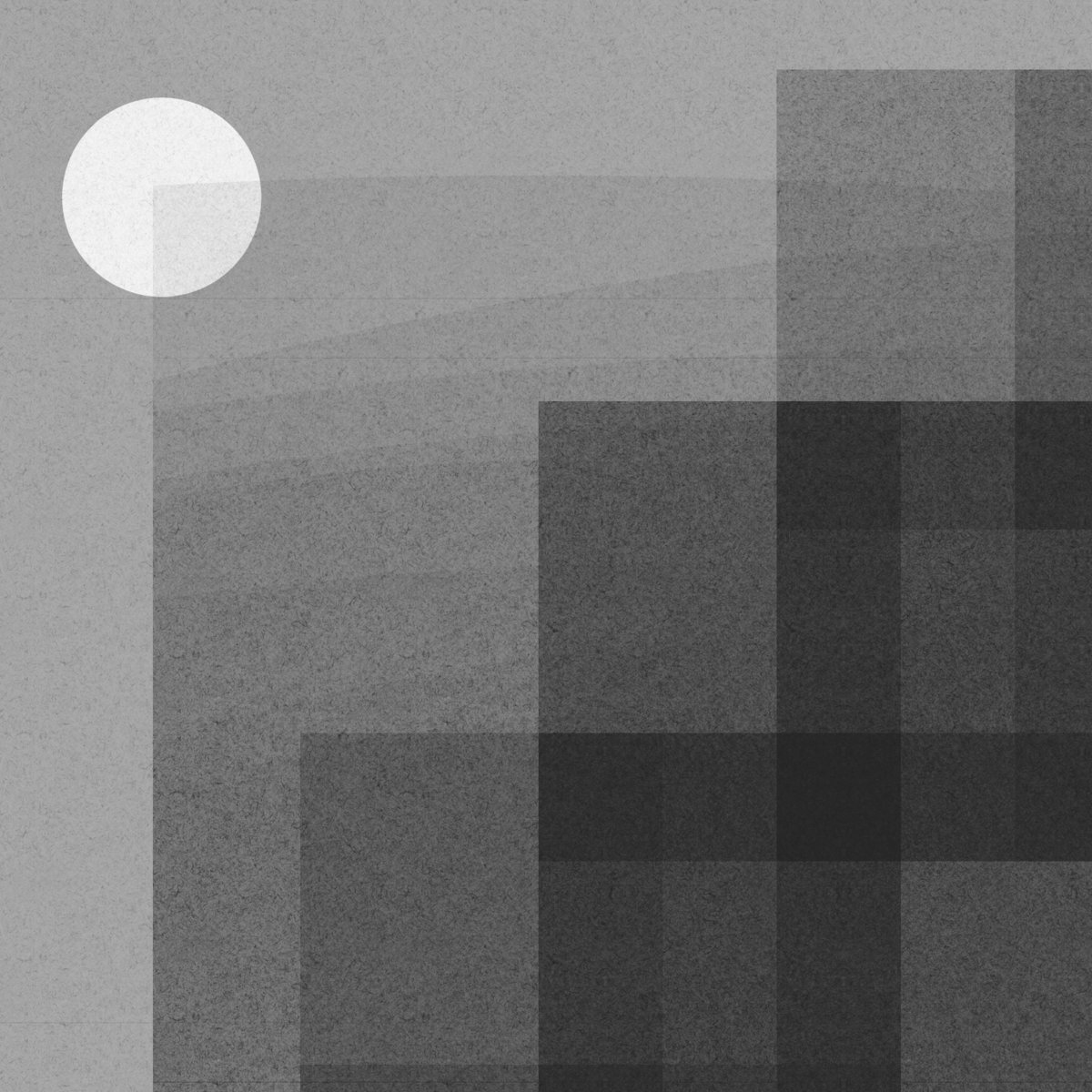 And I consider this to be a seriously great thing.  Not just good – I meant what I said – GREAT thing…I live for these kind of compositions from the ambient-electro/space-rock/post-rock instrumental palette of limitless possibilities.  I get that the combinations of hazy-meets-mysterious/exploratory might not always be everyone’s thing out there…but they’re definitely my thing.  I doubt anyone gets started into any of those genres under a misguided belief that it leads them to world-dominance anyhow – music like what you hear on Ur by elite|fitrea is made by the kind of people that always liked the strange-stuff on a record to begin with…but don’t for a second think that anything ‘strange’ would imply there being any less craft, care or skill.  Real textures and sonic-tapestries take a painstaking effort to make…you add in the ambient-factor into the recipe and all of a sudden you have the added challenge of creating something that stands-out just enough, but not too much; it takes real control in these genres to know just how much to add without the idea boiling-over or becoming too bland.  Control is a requirement in getting it right…as is the balance in what we hear…but most importantly still, are the ideas themselves.

As far as any of the genres I’ve listed are concerned – I’d completely argue until I’m six-feet-under that this is the sound of what ‘getting it right’ from idea to execution sounds like.  Keep in mind too, that what you’ll hear is actually the sole-efforts of one man from Denver…a Mr. Bryan Day…a man of which, as far as my ears can personally tell, has an extremely long and successful career in music awaiting him.  This project that he’s started as elite|fitrea is truly something special…looks like the music online dates back as far as about 2009, so it’s safe to say he’s been at it for a while already…but from what I’m hearing on the Ur EP – he could be at this music-thing for a very, very long time to come still.

First of all…if you’re the kind of person that’s ever had a smile blasted onto your face via a squelch, squeal, beep, click, scratch, boop or bork in music…if you’re an audiophile that digs the depth of texture and atmosphere while bending and shifting the universe of sound around you…if you dig the artistic, experimental, haunting, hazy & mysterious vibes of electro-imaginations in full-swing – all of you people will definitely want to come along for this adventure.  Audiophiles – you get in here too, there’s plenty of room for all and you don’t want to miss this.  I wasn’t just entertained by this EP – I was flat out mesmerized by it and captivated from beginning to end; in my opinion, that’s already saying a ton for ambient music of any kind.  And don’t get me wrong – I’m a HUGE fan of the genre in all its forms; I am very familiar that the best of the best WILL mesmerize and captivate your mind entirely – and that’s exactly what the Ur EP IS…one of the best of the best.  I’m a writer…I choose my words carefully.

And while it’s always impossible to explain music within the confines of words…I know amazing when I hear it.  The subtle way that “Subterrane” starts the EP by mixing in astounding textures and layers dreamily together is honestly awe-inspiring…like you’re standing at the edge of a cliff and watching the waves crash down along the surface far down below – but deeper than that like you’ve experienced a profound, life-changing moment or realization at the same time.  “Subterrane” is full of imagination, wonder and immaculately brilliant, woven layers of electro-melody that creep-in so constantly and so fittingly that by the time you’re at the song’s apex, it’s already time to move on.  That equates to ambient-electro that really moves and really has life in its blood…it’s not out to jolt you whatsoever so much as “Subterrane” brilliantly brings you into the sound, styles and intense combinations that Bryan is coming up with on elite|fitrea’s Ur EP.  Like waves of inspiration continually washing over your soul – “Subterrane” is a straight-up fascinating start to this entire experience.

As a massive fan of Nine Inch Nails and in particular the set of instrumental records in the Ghosts series Trent Reznor put out…it’s impossible to deny any comparisons that could be made to “The Work” and the similar sound & vibe it explores.  That being said…if I was to ask the average musician-joe out there if they would give their left-nut to be sincerely compared to Trent Reznor or Nine Inch Nails for even a moment, most dudes would have that nut bagged and handed-over before the question was even finished – fact.  To say that Day is keeping good company would be an understatement – remember, I said this was GREAT all the way through; elite|fitrea is a project completely capable of hanging with the giants of the genre and every bit quality of equal caliber.  I thought “The Work” was stunningly brilliant and vibrantly alive by comparison to the two dreamier atmospheres that surround the middle-track of this EP.  Hard-pressed to not just come right out and say it was my favorite tune on this particular record…the only reason I won’t is out of sheer respect for the amazing work that Day has put into the other two songs – but I could certainly make a hard argument as to why it could definitely be a great song to choose to put out there even further as a single or video to pull people into the music of elite|fitrea.  While “The Work” definitely might remind you of something that would fit perfectly onto NIN’s Ghosts – I’d challenge that the main reason we feel that way isn’t ONLY because of the sounds we hear but also the quality in which we hear it and the stunning textures and tones brought to every bar.  It’s as if someone was able to directly tap into the imagination of Bryan Day and record it without having to compromise a single second of the overall vision of how it would sound…no bullshit, this is perfection.  The electro-percussion is off-the-charts amazing here…great ideas come springing from the lefts & rights and each electro-element added into the mix along the way brings something haunting, menacing and subtly-threatening to “The Work” and its every creepy movement.  It’s a cut that definitely showcases elite|fitrea’s ability to be multi-dimensional…a track that really hints at the multiple directions that Day could take his music in.  Whether it’s on its own, or part of a soundtrack – “The Work” is the kind of song that brings everything else around it to a heightened-awareness of the intensity in the moment.

Exiting “The Work” and slipping into the bending-atmosphere of “Pool” – elite|fitrea’s got me listening right as those final seconds run-out every time.  Perhaps the most hypnotizing and mesmerizing of the three tracks overall – “Pool” winds and bends its tones and shifts its sound around gently to keep us right on the edge of our seats while we listening.  The kind of song you might hope will break-open into something even larger on your first listen through…but by the end are more than satisfied by how elite|fitrea chooses to stay the course instead…to USE that element of control and always add the perfect amount of sound into what we hear and never overdo a solitary moment.  “Pool” still has more than enough evolution and change within its structure to be considered truly entertaining – but I have to hand it to the selection of tones and sounds we hear being the main-element of what makes this last-cut stand-out as it does.  It’s like each of those bending electro-tones are connected right to your neural-pathways and shifting you around your memories like you would change the channels on TV – does that make any sense?

Music doesn’t always make sense.  As hard as I might try…the words don’t always make sense either.  Neither of them are bound by any rule that says they have to anyhow…sometimes the only way to describe an awesome experience is to simply say it as plainly as you can – this was awesome.  I could have the Ur EP by elite|fitrea on in the background of the soundtrack to my life on a daily basis and I sincerely doubt I’d ever get tired of it whatsoever.  Hats off to you Bryan Day – I’m hooked on this EP and would be extremely excited to hear more from elite|fitrea any time new stuff comes out.

Find out more at the official homepage:  http://www.elitefitrea.com/