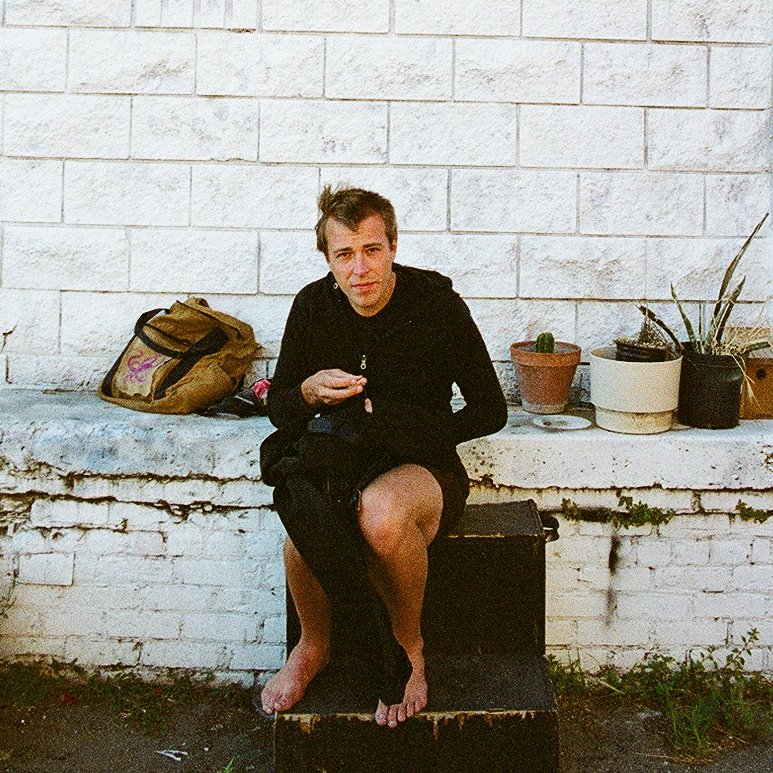 Electrician – “That’s How We Do It” – Single Review

Every once in a while I get asked to review someone’s latest work; in fact, if you’re reading this you’ve probably already come to notice that. In this coming week you’ll come to appreciate the diversity in that first statement as we range from covering an album with THIRTY tracks to this humble request from a solo project called Electrician to review a single solitary track!

I don’t take direction all that well…

Call me absolutely crazy, but the idea of reviewing someone’s current single without having any frame of reference to their previous work would simply be irresponsible journalism. And I’ll say this as well – if you ever find yourself reading one of my articles, you can count on the fact that we’ll always go much more in depth than the latest track! We LIVE music, we exist between the liner notes – at sleepingbagstudios we are ALL ABOUT music in every possible way! Let’s push play and find out what Neil Campau, the genius behind the indie music of Electrician, has got for my waiting ear-holes this morning…

The comparison that struck me instantly will make me sound like an elitist asshole, but nonetheless accurate. If you’ve ever heard the very little known band Eric’s Trip – a band with massive expectations from an unforgiving record label – Electrician is making music in this same pure vein as they once did. After never rising to the mainstream expectation that saw many bands with ideas and heart rise to the top – Eric’s Trip had to fold up their musical tent and go home, sent packing by their label. Thankfully – as an independent artist – Electrician will never have to give up.

If you took the honesty in the recording and performances of Eric’s Trip and combined them with another fantastically unique indie band I’ve referenced before called Casiotone For The Painfully Alone – you would have something close to what Neil is doing with his music in Electrician. This is not music for the masses and I’d presume he not only knows that, but is also completely comfortable with that. Electrician is making music for niche fans but believe me when I say that there are certainly enough of us out there to listen!

Now, in the interest of staying on subject – the track that we’re here to review is called “That’s How We Do It.” Phew! Half a page and I’ve only JUST mentioned the track in review! Okay…I feel better now…at least we all know what we’re here to actually talk about today! So let’s move on to something else…

Looking into Neil’s work with Electrician – he has been around and making music as Electrician since 2012 and has released a significant handful of songs throughout these past two years. Are they typical sounds that you’ll hear in the music scene where he lives in Oakland, California? No. No matter what song you choose from Electrician – these are sounds and compositions so rarely found anywhere that they completely stand out to me for a host of reasons.

At the moment I’m listening to a track called “All Is Lost In The Light” – which is yet another beautiful, honest and unique track from Electrician. Very happy listening to this track, which incorporates a wonderful backing female track, allowing Neil to play off her voice and again inviting a fabulous comparison to Casiotone For The Painfully Alone. These snapshots of life…these insights into the lyrics, topics and mind of Neil Campau really allow you to get involved with the feeling and atmosphere of the music. Stylistically – he’s all over the map in a great way. Not every note is perfect, nor would he want it to be. For you fans of jangled indie music – ask yourselves if you’ve ever REALLY wanted Isaac Brock of Modest Mouse to be completely on the note. You don’t. What makes that style of singing so identifiable, what makes it resonate like inside of you like a permanent echo-chamber, is that WE can hear ourselves in it. Whether it’s communicating despair or expressing extreme happiness – it’s the “everyman” feel to the vocals that make these songs feel like we could have sung them ourselves…we can relate. Each track he makes retains that honest quality, inviting you in to listen to more. Whether it’s older tracks like “Hold On To Your Fear” or the brand new single “That’s How We Do It” – this music is completely identifiable to Neil Campau’s overall work every time; despite any previous comparisons – there’s no mistaking what IS or ISN’T the music of Electrician.

OKAY NEIL! We promised we’d talk about that new single of yours…let’s talk about it! Now that I’ve built a firm frame of reference by listening to the former music of Electrician – I feel like I can comment on this new song with justified reasoning…

There’s a subtle intensity that burns slow behind ALL of the music being made by Electrician…a desperation to be heard that can be audibly SENSED. A need to communicate that is so strong each song demonstrates that desire through the music or the lyrics, or both. The new single “That’s How We Do It” is no exception.
It starts off on a nearly forlorn note…very low-key and very intimate. Listening to the words of Neil and the way he delivers them…it makes you FEEL something. That feeling itself might be different for everyone…but for me…it gave me this feeling of being trapped in an all-white room – but KNOWING that colors existed on the other side. The build-up in this track serves perfectly…and as it began to explode into a static-filled experiment into sonic texture – I could imagine breaking through this wall and seeing the colors invade the room, filling the void with as much as the eye could see. Musically – at this point, Electrician is ALSO giving you as much as your ears can handle, to match that feeling. It has that “must-break-through” feeling to it at the start and then fully delivers when it bursts right through.

My experience in production has left me with one certain fact however…people are quite resistant to static of all kinds! Bands like Mogwai and Nine Inch Nails use this musical “special sauce” all the time and get away with it just fine – so too should Electrician! So before any of the producers out there begin to climb waaaaaaaaaaaaay up high onto their all-knowing soapboxes and start to argue on behalf of a cleaner sound…don’t bother! There are people much like myself out there just WAITING for new innovations, new musical experiments and frequencies…WAITING for artists just like Electrician to go out there and challenge the boundaries of what we listen to and open us up to new sonic experiences.

The music of Electrician represents the tiniest and most fragile parts of ourselves – the parts we tend to push past and ignore in favor of our dominant traits. Everything inside of us – all of our emotions, needs and wants – they ALL need attention, stimulation and growth. Neil Campau has definitely proven to me time and time again after digesting his ENTIRE collection (That’s right fellow “journalists” – not just the ONE track in review…) that he is not only in-tune with his music – but incredibly in-tune with what he himself needs as a person. That need to communicate and relate to you all runs deep within the subtext of his music…a not-so-hidden message to those that are listening, but one that certainly invites anyone and everyone in to continue the discussion and further the music.

You can find out a TON more about Electrician!

Support Neil and his music on Facebook at: https://www.facebook.com/electricianmusic