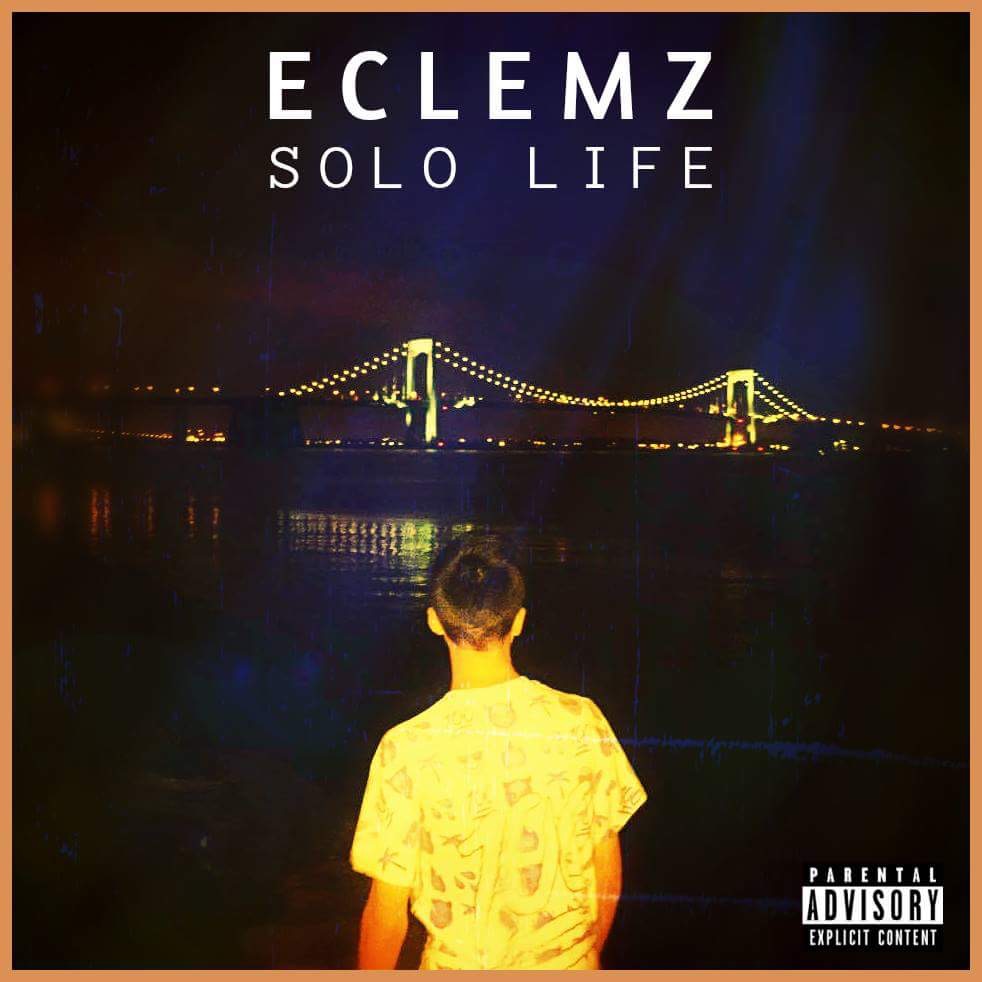 EClemz in the house – officially!

The debut single from this young rapper, EClemz is starting out his adventure into music through the wild & vibrant sounds of “Solo Life.”  You notice the rubbery-goodness of this cut right away as soon as the music starts up…it’s all got a great mix to it and texture you can really feel come through the speakers boldly.  For a first-time effort…gotta admit it’s definitely not a bad effort at all and miles ahead of where most people start; there’s still room for EClemz to grow and evolve, but that’s natural at this stage of the game…the important thing is, the building blocks are there.

Because when you hear the guy rap…you’ll know he’s got a genuine shot.  “Solo Life” has well-written bars that flow smoothly beat-to-beat and EClemz sounds confident beyond his years already while right in the grip of the verse and the way he raps.  He attacks this cut strongly and comes out gunning instantly; lyrically, he definitely knows what he’s doing and has created something entertaining for us that also speaks for him and where he’s at in life right now.  Combined with his instincts for hitting the beat on-point – he matches the energy and has a good mix in what he’s chosen to rhyme about that includes humor in amongst its more serious & self-reflective moments.  I’m impressed with how it all snaps together as crisply as it does…believe me, I’ve heard many an emcee out there that has no clue how to pace or meter their words to the beat, but EClemz shows he’s quite capable of pulling out some excellent movement to his lyrics.

The hook itself proves to be a bit tougher on the young rapper as he takes a double-shift in his own track to deliver the hook, singing it out.  It’s CLOSE…close enough to get away with and still be pleasant to the ears…but EClemz is riding the very edge of the tone he’s looking for and you can hear the struggle at points in comparison to the confident way he rips through the verses & breakdown of this tune.  My theory is that there just wasn’t quite enough to keep him occupied at this point in the track as the wordage itself is reduced to one phrase repeated in the verse.  My main issue with that is that in comparison to the verse itself…the chorus felt a little bit more rushed in terms of the quality of the writing…and I felt like EClemz has already displayed that he’s more than capable of creating something a bit more dynamic than the repetitive line that’s giving him trouble.  I get where he’s going with the main chorus-hook…I get that creating something that the people can sing along with is never a bad idea too…I guess I just felt like the verse was presented & executed so strongly that the chorus didn’t quite hit it as hard and make that lasting impact.

But like I said…he’s certainly capable and the last thing I’d want is for this young wordsmith to be any sort of discouraged – he’s got a solid beat here that is definitely a milestone to be proud of…and I’m sure there will be many more for him in the future to come.  EClemz clearly has the passion and enthusiasm required to succeed and you can hear it radiate from his performance in the verse of “Solo Life.”  Any slight issues I had will smooth out with time, experience and refinement…the important thing, as always, is that the ideas are there – and I think you can hear from the determination, grit & energy in his performance that EClemz will continue to get stronger & stronger from here on in.

Find out more from the EClemz page at Facebook here:  https://www.facebook.com/EClemzmusic/