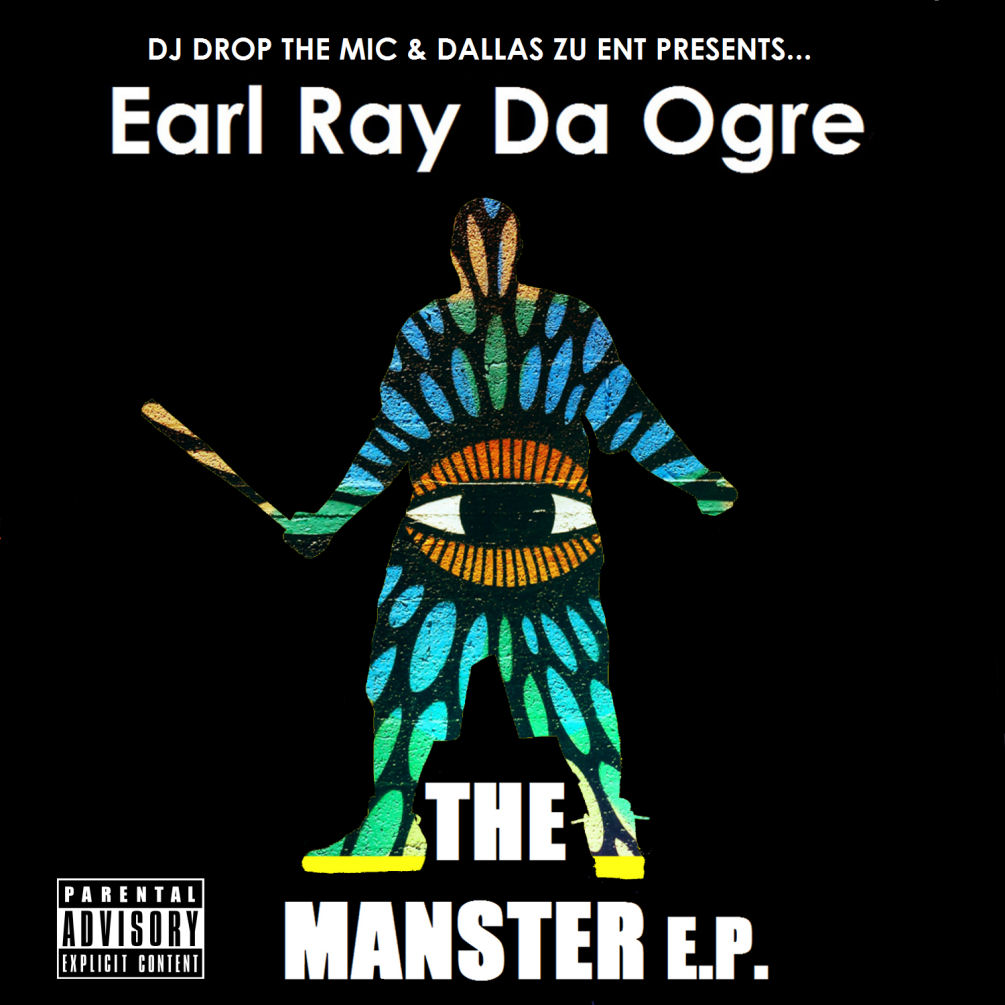 You know…if I looked back to the early episodes of Rob Dyrdek’s Fantasy Factory, or maybe even the show before that, MTV’s Rob & Big…I’d see those first moments where Rob’s cohost and cohort known as Big Black first began to jump onto the mic. I remember cringing at first…thinking to myself that some people probably just shouldn’t rap, what a recognizable flow it all had, the energy & originality it was lacking…

But oddly enough…I also remember there being a second, third, probably up-to-twentieth time where he’d give it ANOTHER shot…to audibly the same result. And each time I sat there…more and more I began to realize that I wasn’t sitting there simply to get through it to the next part of the show; I was there like everyone else was watching, there to see what was coming next and truthfully, enjoying the sound. Even more so…I found that I identified with these less-than-lightning-quick rappers and hip-hop artists out there in ways I never thought I would.

For example; I’ve always wanted to be a singer. Reality suggests I probably should not. What I do know…is that I’m not the worst, that it’s something truly inside of me…and that I’m better for getting in there and giving it all I can ANYWAY. I’m not saying Earl Ray Da Ogre is completely in my boat – the man certainly has more than enough talent both verbally & lyrically to hold his own in the rap-game; but it’s the passion, the commitment and the true love of the craft that makes real-stars burn bright with longevity longer than we’ll be around for to see them fade out.

That being said…dude DOES sound a hell of a lot like Big Black through his tone & style. Just sayin…

The Manster EP starts out with the “Mad Scientist Intro,” which is a perfect way to open an album. Far removed from what’s actually to come next as far as sounds go; this intro-skit provides the enticement necessary to get me interested in what’s around the corner on The Manster EP. It’s well-written, it’s entertaining, it’s relevant…and it’s a great introduction. Plus…the word ‘fuckery’ just honestly doesn’t get used ENOUGH…so thanks for that Earl Ray Da Ogre!

“The Passage” is a perfect example of what I was referring to in the opening. Is this a brand-new sound in rap or hip-hop? No! Is that ALWAYS what we need, want or require? No! Earl Ray Da Ogre lays down some personalized perspectives here on this opening cut and allows for some insight into what drives him and makes life important.

Anyone catch that? Crazy right? Rap that tends to dwell on the positive points of life like this?

It IS possible – and Earl Ray Da Ogre proves it by demonstrating all the different ways he lives a rich & full life without having earned that ‘milli’ yet. As “Make It” pulses around through the beat, Da Ogre has once again put a lot of thought & heart into the lyrics…they’re on point. My initial concern, if any really, at the outset of these rhymes is that the hooks tend to blend a little too closely to the rest of the tracks; typically those are the moments that need to pop & stand out dynamically from the rest. Right now…Earl Ray Da Ogre is surely capable of creating a smooth vibe and a great moment…but I’m wondering about how much these songs to come will feel like they’ve changed on the inside of themselves…whether there’s a versatility to come from Da Ogre on The Manster EP still to come.

I think that answer comes in the undeniable music, beat & flow of “Express Hit.” Here we get a whole different side of Earl Ray as he gets tender with us for a moment here on this incredible beat & atmosphere and delivers perfectly overtop with relatable lyrics of hope, love and togetherness. As for those potentially missing dynamics, he solves the problem quickly into the album here by dropping into a fully sung-out chorus-hook that can’t be denied. It’s old-school in sound; you can’t help but think of trail blazers like Biz Markie in comparison to what Earl Ray Da Ogre is bringing to this track. It’s emotionally captivating, has a great beat…and probably best of all, it’s one of the tracks on the The Manster EP that truly reveals the big heart that resides within the enormous chest-cavity of Da Ogre.

His decision to sound as he does, to rhyme like he does, the lyrics he writes…this is all purposeful. Any doubts on the real message that Da Ogre wants to communicate, or any lack of understanding as to what it really is, is stifled on “Wacc Rap Skit.” And as if the uncommitted needed even MORE of a beat-down – Earl Ray Da Ogre turns the heat up on them even further on “Counterfeit” as he & his homie Crim Cayne officially pimp-slap others for their lack of creativity & inauthenticity. The rhymes…the beats…they’re playful in nature…almost like Da Ogre is putting the challenge out there and stays completely unafraid of any challengers that might come along his way.

Much of this album is produced by DJ Drop The Mic…and a shout-out to this guy – the mix is tight all the way throughout The Manster EP. The contrast between the vocals & beat, and the way that it all comes together…what can I say? I appreciate a great mix when I hear one; there’s definitely talent in all corners of the studio when Earl Ray Da Ogre and his crew pop into the studio. When you hear tracks like “Conspiracy” featuring Don Claude, you can hear the care and planning that has gone into the creation of these songs. It’s not ‘slow’ rap – it’s well-thought-out; sometimes it’s much more effective to take your time and say it RIGHT.

Besides – if the Afroman-esque rhyme & beat of “Tears Of The Night” don’t convince you that Earl Ray Da Ogre could rhyme at any tempo he wants to, well, it should! Picking up the pace to nearly double of any he’s previously displayed on The Manster EP, the man finally lets it truly loose with a quickly-paced verse surrounding the vocals of Elle Hobbs lending her talents to the hook.

What makes me completely convinced that the music prior to “Tears Of The Night” was created, written and recorded as intended, is the simple fact that even though the tempo picks up on this last song but the confidence DOESN’T; and what I mean by that is that Da Ogre has remained completely committed to every syllable he’s put into the mic, slow or fast. I might personally latch onto a track like “Tears Of The Night” from the additional energy in the tempo & pace – but the conviction & belief in his words and direction have remained fantastically stoic this entire way through. I really believe that it’s something you can hear audibly when an artist really commits to what they do; and you can hear that all over this EP from Earl Ray.

As the final “Mad Scientist Outro” finishes off the album, it promises (well, truthfully almost threatens) that Earl Ray Da Ogre will return even stronger than we’ve heard him here on The Manster EP. There’s a definite plan in place here…and I certainly expect that we WILL be hearing more from this thought-provoking hip-hop artist in the future. There are interesting concepts and skills displayed throughout The Manster EP, inventive ideas for the skits and overall layout, and it kept my interest through multiple-listens. With the determination, hard-work & efforts you can tell Earl Ray Da Ogre is willing to put in – there’s a great chance he can make old-school feel brand-new to you all over again.