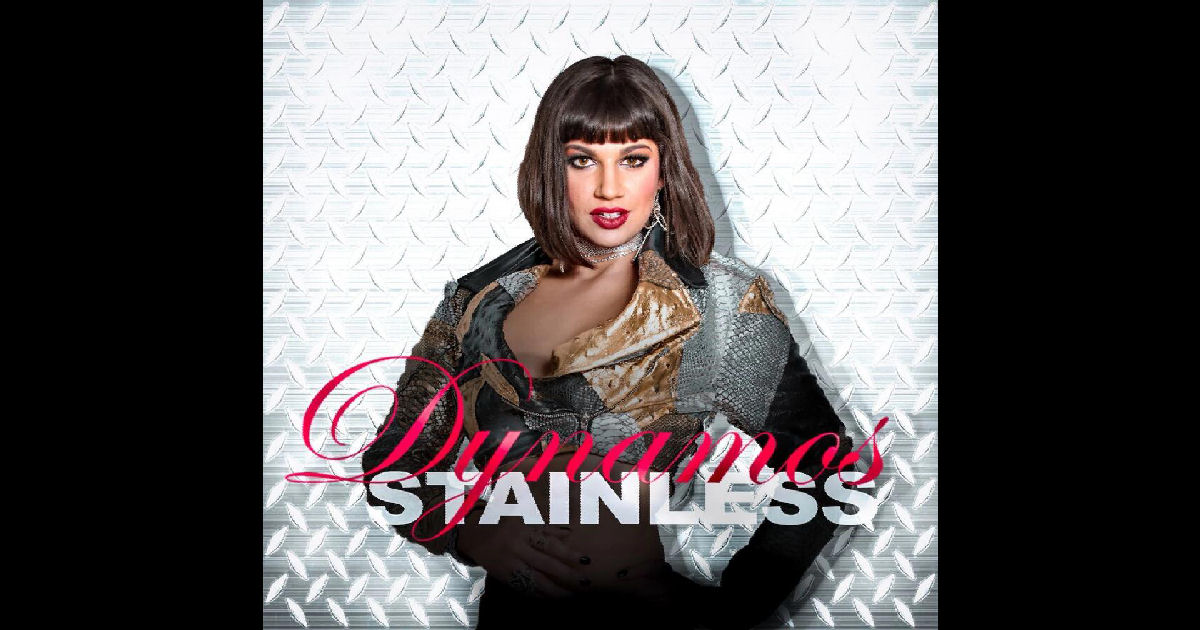 Well Dynamos, here we are again!  A little time, a little more experience with the music, a brand-new video…all these things are helping paint a more solid picture of the band we were introduced to here at the pages through their single “Shake, Rattle & Roll” in October last year.  With their new single “Stainless” providing another glance into the music of Dynamos…I felt like I ‘got it’ a bit more this time around.  There’s still a few quirks that throw me a bit…but I felt like this new cut helped in understanding what the band itself is really all about.

And really…from what I can see & hear…Dynamos are all about entertainment and good-time rock.  Hard to complain about intentions like that, especially when they’re willing to deliver on them.

What I felt like I appreciated even more this time around was the musicianship.  I think the guitars from Jacob Mayeda and Carlos Barrera are absolutely on FIRE this time around, with drummer Ian Nakazawa right on their heels as the heroes of “Stainless.”  The gripping guitar riffage is insanely cool, and rather than a traditional verse/chorus/verse kind of structure, “Stainless” moves in such a way that the vocals from Nadia E fuel the verse while the instruments rule the chorus – which is essentially instrumental.  It’s an approach that’ll certainly make the music stand out, and I’d argue that they have completely here.  Those guitars are going to get all kinds of wild on this track…and they get that freedom to do so from the tightness in the rhythm section.  Now I can’t lie to you and say I’m in love with the bass here…I think that Nick Schaadt does a more than commendable job in playing it…but if you’re listening specifically to that one element of the song like say, to do a review here, or as a player yourself…I dunno…like I said, it’s played really well, it just doesn’t deviate a lot from its original game-plan is all.  It’s hard to fault him, because being that stoic allows for the opportunity for the other players in the band to take advantage of the reliable rhythm…but at the same time, in a band full of flashy & capable musicianship…felt like he could have changed up a couple notes here & there to potentially liven this up even more.  The resulting repetition ends up sticking in your head, I can hear the pattern even without the song playing…so there’s also a point to be made that what Nick is doing is also highly effective in what makes “Stainless” stick with ya.

Right around the one-minute mark, when Nadia E has her most powerful & confident moments, that’s where my ears became the most interested for sure.  I dig the general rhythm & groove she’s got flowing on the mic throughout the song, but it’s definitely the most expressive parts in her vocals that provoke the most excitement.  It’s a challenging part with a lot of words to get through, no doubt about that…that’s what gets that rhythm rolling…by that same token, a few less lyrics in spots also seem to lead to more time for Nadia E to let that power loose – which is an asset in this band that is still at-the-ready to be fully deployed.  But that’s also why I say I felt like I ‘got it’ more this time around…I think we can all tend to get wrapped up in the lead-singer or front-person for a band and tend to hang the pressure of success on what comes through the mic – Dynamos has the ability to run deeper than that, which they competently showcase on “Stainless.”  They all contribute to this project on what seems like equal and balanced ground, allowing time for the instrumentation to shine just as much as Nadia E does.

Is it a good time?  Sure it is!  Do I still think Dynamos has more in the tank?  You betcha.  I felt like “Stainless” painted a much clearer picture of the potential that exists within this project, which is still quite young in its own timeline…they’re an EP & some singles deep, so give this crew some time, because they’ve clearly got all the right ingredients to make it happen & are obviously extremely dedicated to their music.  They put their heart & souls into “Stainless” – I don’t want anyone out there to get me wrong, they play this whole song fantastically well and really do deliver an entertaining cut.  But you can’t blame a reviewer for hearing further potential either, no more than you could blame a coach for seeing a future superstar out there on the field.  It’s one perspective, one opinion, and ultimately, an encouraging one that can both see/hear how far this band could go.  Bands can take years to completely dial-in and no one out there should hurry that process – when Dynamos hits that sweet-spot, they’ll know it, and so will you.  They’re already performing at an extremely high-level – the sound of “Stainless” is well-rounded from every corner and serves as audible proof they’re on the right path.

The new single “Stainless” by Dynamos comes out officially tomorrow – find out more about the music and details at their official page at:  http://www.dynamosmusic.com