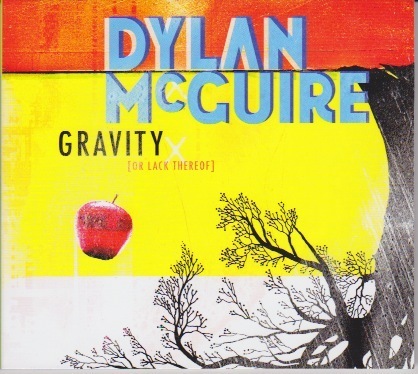 Within the first five seconds of hearing Dylan McGuire…I was worried. It’s tough to NOT sound like our heroes & influences sometimes…but if you’re going to sound like something we’re all intensely familiar with, or can quickly associate a certain sound to…well…Dylan…all I’m saying is those people have money…and lawyers. If there’s one guy out there who has both in spades, it would definitely be Bono from U2…but if it’s all due to the opening guitar sound that I’m truly referencing…well, then Bono has got to spend some time wrestling the entire band of The Who, would he not? And JUST as they begin to discuss who does and doesn’t own that sound…HERE COMES DAVE GROHL AND THE FOO FIGHTERS…OFF THE TOP ROPES!

Point being, there’s many sounds we’ve all incorporated into our music, many of them borrow on each other without even knowing where the sounds came from to begin with. In many cases, it’s what you could call the natural combination and evolution in sound…and I think Dylan McGuire represents that very well. As “Sunny And 71” starts up, it hits on that U2/The Who guitar style, before breaking into a pretty authentic Foo Fighters kind of sound. There you go. Full circle. That’s what I’ve been meaning to say…in all this preamble.

If you need more convincing…check out “My New Wings,” for more of the twinkly-guitar thing we love, or the following track “Circus Friend,” for more of the Foo-style influence. Or “Try To Stop Me,” if you want even MORE of the twinkly-guitar thing…you get the idea. I should definitely clarify however; Dylan, if I myself was to be pegged for three influences of any kind, I’d be plenty happy with the ones we hear in your music – based on those three named already, that’s excellent songwriting company to considered in. Think of those bands, and think of Dylan McGuire and you’ll realize he’s on the right track for pop-rock success; he’s writing big, big songs.

As songs like “Try To Stop Me,” “Wear It On Your Sleeve,” and “Tracy Likes,” fill the middle of this anthem-laden album…I can hear other influences…bands like Kings Of Leon, perhaps lesser-known acts that have bubbled just under the mainstream like Big Head Todd And The Monsters. The songs are all well-written, well-played and well-produced; you can hear that this isn’t the kind of pop-rock album that gets made overnight. These songs are ready-to-roll, good-to-go and made to be turned up and turned-on to the masses.

I like the crunchy guitars that fade out of “Chicago,” I like how they drift out to leave him bare and nearly on his own for much of the verse, before coming back into a melodic and energetic chorus. While they might not be songs that are here to reinvent the rock-wheel, that’s never been the criteria for making music. What McGuire has here, is all the evidence he needs to support an entire career with a consistent album that never lets up in quality or in the writing. McGuire himself, never quits; each performance, on every song…Dylan’s got me believing he put 100% of himself onto this record. Performance-wise…I don’t think you could ask him for another thing.

I also think, the songs themselves pick up just slightly in that last third. “Parking Lot,” is pure-genius. I absolutely love this bass-heavy track…just so happens I’d also probably consider this track to be the most free from any influence, quite possibly the most ‘McGuire’ in style and sound that we’ve heard on this album. But MAN…it’s not too often that you come out of a track thinking, ‘what an incredibly-ripping VERSE,’ as opposed to a chorus. Chorus is strong too, don’t get me wrong; you even get a wickedly-played & toned guitar-solo…but it’s the verse, its flow and its changes that make this song a complete winner from moment one to the end.

As the album concludes with “Maybe This Time,” another guitar-crunchy, pop-rock piece of confection, it leads to the subtle beginning of the final track “Jack Of All Trades.” This track is a real builder; it starts small and swells up to McGuire’s pop-rock anthem style. It’s a good combo, not as extreme really as the typical loud/quiet affair of modern rock…it seems to be more comfortable than that. Overall…I think that’s kind of how this album felt, comfortable. In many ways, I felt like I had ‘been here’ before, and again, I don’t think that’s necessarily a bad thing in music if it can bring a smile to your face and new songs into your eardrums. Dylan McGuire has got himself a great start here, demonstrating a killer ability and instinct for songs with real hooks…and I’d expect that as he continues to grow into his career, those influences on his sound will become less and less prevalent as this capable songwriter moves towards the very center of the spotlight and continues to define, refine and captivate with his music.